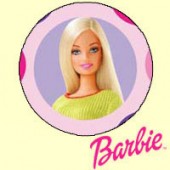 Mattel Inc., maker of Barbie dolls, last week announced that it would create a bald version of the popular fashion doll to support people battling cancer.

The announcement came a few months after Beautiful and Bald Barbie, a Facebook group that petitioned Mattel to make a hairless version of the doll, gained mass support online. Their mission was simple:

We would like to see a Beautiful and Bald Barbie made to help young girls who suffer from hair loss due to cancer treatments, alopecia or trichotillomania. Also, for young girls who are having trouble coping with their mother’s hair loss from chemo. Many children have some difficulty accepting their mother, sister, aunt, grandparent or friend going from long-haired to bald.

“A hairless doll could really present a great opportunity for families and medical providers to talk about illness and hair loss with kids facing those issues,” says Cori Liptak, PhD, a psychologist in the Division of Pediatric Psychosocial Services at Dana-Farber/Boston Children’s Cancer and Blood Disorders Center. “It could also be an interactive way for some children to express their emotions about their own medical experience.”

(Liptak spoke about the doll when the idea was first proposed; you can read her thoughts in this blog post.)

According to a Mattel representative, the yet-to-be named doll will be a member of the Barbie community that will come with “wigs, hats, scarves, and other fashion accessories to provide girls with a traditional fashion play experience. For those girls who choose, the wigs and head coverings can be interchanged or can be completely removed.”

According to Mattel, this move will put the doll directly in the hands of girls who are most affected by hair loss. A doll and money donation will also be made to CureSearch for Children’s Cancer and the National Alopecia Areata Foundation.

While Liptak sees merit in the idea of a semi-exclusive release, she says by distributing the doll this way Mattel might exclude children who have friends or relatives dealing with illness related to hair loss.

“The way Mattel is choosing to release the doll is one way to ensure that the kids who will benefit from it can get it,” she says. “But they might miss the chance to reach children who have parents or know someone going through cancer treatment. That would eliminate the potential for this doll to provide an outlet for them to learn about treatment side-effects and provide an avenue to discuss their feelings about their parent’s cancer experience.”