Immunotherapy – stimulating the body’s defenses to recognize and destroy disease-causing cells and proteins – was dubbed the “breakthrough of the year” in 2013 by Science magazine. Dana-Farber researchers have contributed many important discoveries over the years about how the immune system works. Now, they are building on these insights to develop immunotherapy against tumors – known as immuno-oncology.

In 2005 Dana-Farber established the Cancer Vaccine Center (CVC) under the leadership of Ellis Reinherz, MD, Jerome Ritz, MD, and Glenn Dranoff, MD. The mission of the CVC is to translate the promising insights from basic immunology into therapeutics that benefit cancer patients. The CVC undertook a series of clinical trials exploring the biologic activity of autologous tumor cell vaccines and antibodies targeting negative immunoregulatory pathways in patients. These investigations contributed to the foundation underlying the FDA approval of the first therapeutic cancer vaccine (Provenege) and the first antibody antagonizing a negative T cell checkpoint (ipilimumab).

Based on these clinical successes, Dana-Farber established, in 2013, a Center for Immuno-Oncology (CIO), led by Stephen Hodi, MD. The mission of the CIO is to accelerate the validation of immunotherapy across a wider range of cancers. Physician-scientists in the CIO see patients referred to them for potential enrollment in clinical trials of immunotherapy. CIO researchers were involved in clinical research showing that when treated with an immunotherapy drug, ipilimumab, some patients with advanced malignant melanoma survived for as much as 10 years. 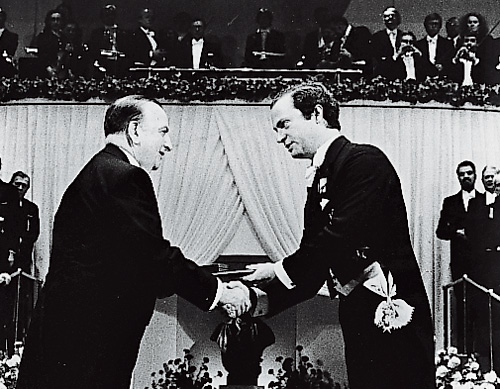 Shortly after assuming leadership at here, former Dana-Farber President Baruj Benacerraf, MD, considered the father of modern immunology, shared a 1980 Nobel Prize for his discovery that genetic factors play a role in determining the strength of an individual’s immune system. He was responsible for training many young scientists who became leaders in the immunology field. 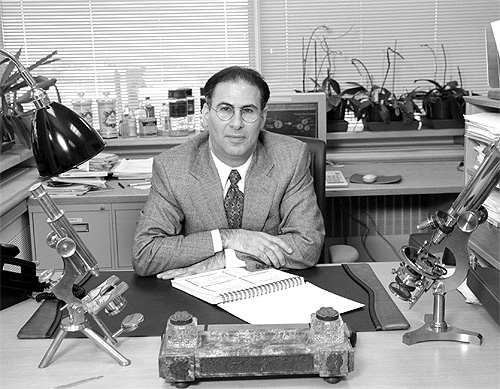 Lee Nadler, MD, was one of many rising young physician-scientists trained in immunology who were recruited to Dana-Farber in the 1970s and 1980s and have since become leaders in the field. Nadler is currently Dana-Farber’s senior vice president for Experimental Medicine. His research using monoclonal antibodies contributed to the development of Rituxan, a monoclonal antibody that is a mainstay of treatment for lymphoma.

During the 1980s and 1990s, Dana-Farber investigators including Nadler, Harvey Cantor, MD, Stuart Schlossman, MD, and others made a series of discoveries that increased understanding of the immune system and the roles of different types of specialized T cells. 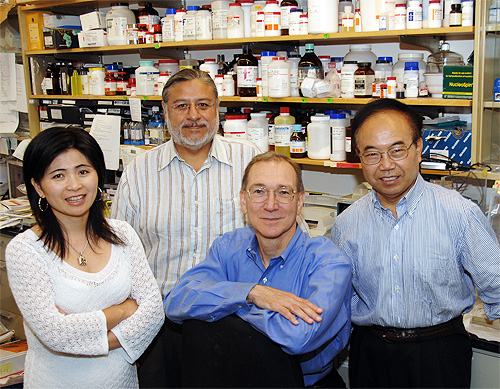 Research by Dana-Farber’s Gordon Freeman, PhD (third from left), and his laboratory helped identify the PD-L1 ligand on tumor cells and showed how the interaction between PD-1 and PD-L1 can turn off the immune response to cancer. Freeman and his colleagues were also the first to show how monoclonal antibodies could be used to reactivate the immune response. 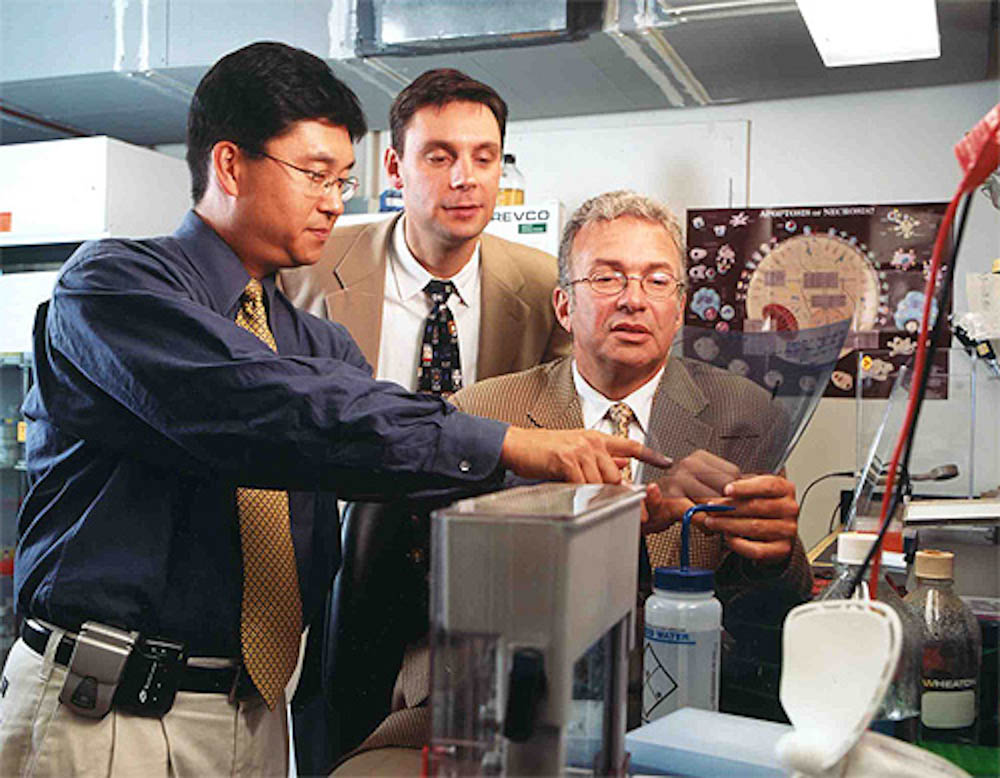 After more than 20 years of work by scientists to harness the immune system to improve survival, Philip Kantoff, MD, led the first large, controlled clinical trial to show that a vaccine – Provenge – can extend the lives of prostate cancer patients. Kantoff is chief of the Division of Solid Tumor oncology at Dana-Farber, leads the Dana-Farber/Harvard Cancer Center Prostate Cancer Program, and is chair of Dana-Farber’s Executive Committee for Clinical Research. 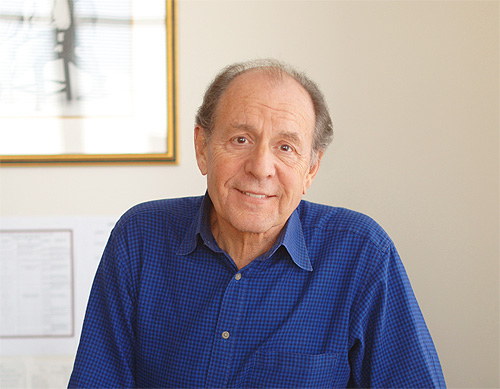