Since electronic cigarettes hit the market in 2004, their sales have soared. The “vaping” culture has caught on in both adults and young people – the latter trend stirring deep concern among regulators and public health officials, and leading the U.S. Food and Drug Administration (FDA) to ban the sale of e-cigarettes to minors in May 2016. 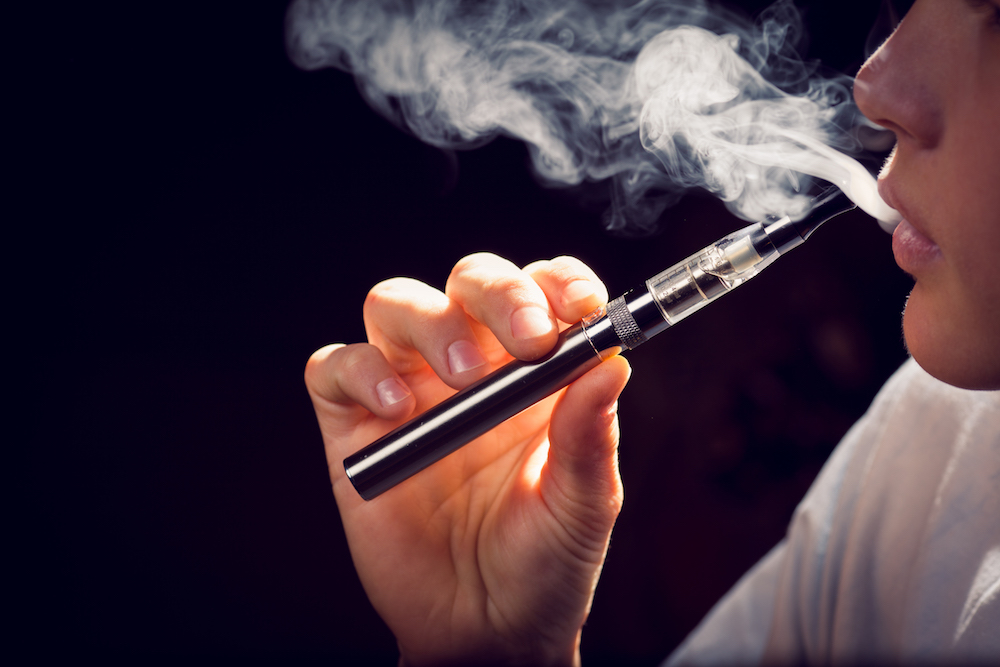 Until then, e-cigarettes had fallen outside the regulatory purview of the FDA. By deeming e-cigarettes to be a tobacco product, the FDA extended its regulatory authority to e-cigarettes as well as cigars and hookah and pipe tobacco. Under this regulation, these products cannot be sold to anyone under age 18, either in stores or online. The rule was set to go into effect 90 days after the May 5, 2016 announcement.
“Until now, tobacco products such as e-cigarettes have been regulated by a patchwork of state and local laws,” says Andy Tan, PhD, MPH, MBA, MBBS, a cancer communication researcher at Dana-Farber.

“This is a significant step towards protecting youth from these previously unregulated products at the national level. Certain issues such as banning use of flavors in tobacco and marketing to youth are not specifically addressed in this ruling. These are important additional restrictions that should be implemented to further protect the public’s health.”

From 2013 to 2014, e-cigarette use among middle and high school students tripled – from 4.5 percent to 13.4 percent, according to a federal survey.

Unlike conventional cigarettes, e-cigs don’t contain or burn tobacco. Instead, they are tubes filled with a flavored, nicotine-containing liquid that is electronically vaporized and inhaled by the user. Although they appear to be much safer than tobacco cigarettes, their long-term health effects are unknown.

A large segment of users say they took up e-cigarettes to help them quit or cut down on tobacco- smoking, and some advocates say the devices could be a useful tool in preventing harm from regular cigarettes and aiding smoking cessation. Whether they actually reduce smoking effectively hasn’t been proven in studies to date, and surveys find that many users continue to smoke tobacco cigarettes as well as the electronic version. Some argue that e-cigarettes may serve as a “gateway” to nicotine addiction, introducing new users into the dangerous habit. Research is continuing on the impact the devices have on population health.
Meanwhile, the vaping trend may be hitting a plateau, in part because of growing concern over the safety of e-cigs. Results of a poll published in May found that about 10 percent of respondents were electronic cigarette users – the same proportion as in a year-earlier poll. At the same time, negative attitudes about the devices increased. In 2015, 38 percent of respondents said they believed vaping was not healthier than smoking; this rose to 47 percent in the 2016 survey.