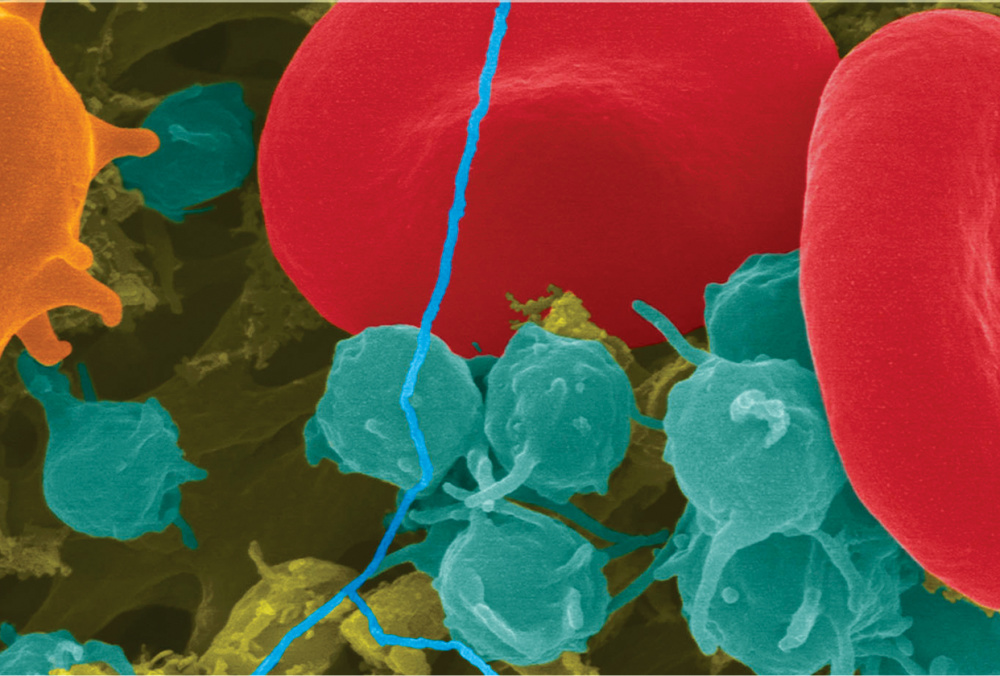 While blood cancers known as adult histiocytic disorders are very rare and many patients do well with today’s treatments, researchers are working to improve outcomes with therapies targeted to newly discovered mutations – and they are about to begin testing immunotherapies, too.

Histiocytic disorders involved overproduction of immune white cells, histiocytes, that attack tissues in one or many organs of the body. In the most common of the disorders, Langerhans cell histiocytosis (LCH), the immune cells tend to attack the bones, skin, lymph nodes, liver, spleen, lining of the mouth, and the lungs. Other histiocytic disorders include Erdheim-Chester disease and histiocytic sarcoma.

Although the conditions are extremely rare, Dana-Farber/Brigham and Women’s Cancer Center’s Adult Histiocyte Disorders Center attracts many referrals for these disorders.

“I personally have over 200 patients with adult histiocytic disorders and see a newly diagnosed individual every week or two,” says Eric Jacobsen, MD, director of the center and clinical director of the Adult Lymphoma Program.

The severity of the disorders, and how they manifest themselves, is highly variable. Some patients don’t need immediate treatment, Jacobsen says, while others receive topical or injected steroid medications. In more severe cases, standard chemotherapies are administered.

“These treatments work for a high percentage of people, but recurrences are fairly common, and that’s why we are looking at targeted therapies and immunotherapies,” Jacobsen says.

Dana-Farber’s Chief Scientific Officer, Barrett Rollins, MD, PhD, has made critical discoveries that have paved the way for using targeted therapies in Langerhans cell histiocytosis. In 2009, he found that 60 percent of LCH cases involve mutations in the BRAF gene, and in 2014 he and his colleagues found that previously unknown mutations in the ARAF gene in the disease. With this new knowledge, physicians have been treating some LCH patients with vemurafenib, which blocks the effect of both mutations.

“It’s clear that targeted therapies have improved the outcomes in LCH and Erdheim-Chester disease,” Jacobsen says.

It’s been debated in the past whether histiocyte disorders are actually cancers. Jacobsen says they are now classified as inflammatory neoplasia. “Some cases of Langerhans histiocytosis, for instance, occur in the lungs of smokers and can sometimes resolve spontaneously if the patient quits smoking,” he explains, “while other cases are not clearly linked to smoking and generally do not resolve spontaneously.”

Jacobsen is preparing to test one immunotherapy drug, pembrolizumab, in histiocytic disorders as part of a clinical trial of patients with lymphoma. Pembrolizumab is in a class of immunity-harnessing drugs known as checkpoint inhibitors, which are being used in a variety of cancers to help the body’s natural defenses combat malignancies. They have been found to be very effective for some patients with some types of cancer.

In this case, Jacobsen and his team “will be looking to see if pembrolizumab can have the same impact it has had in Hodgkin lymphoma.”