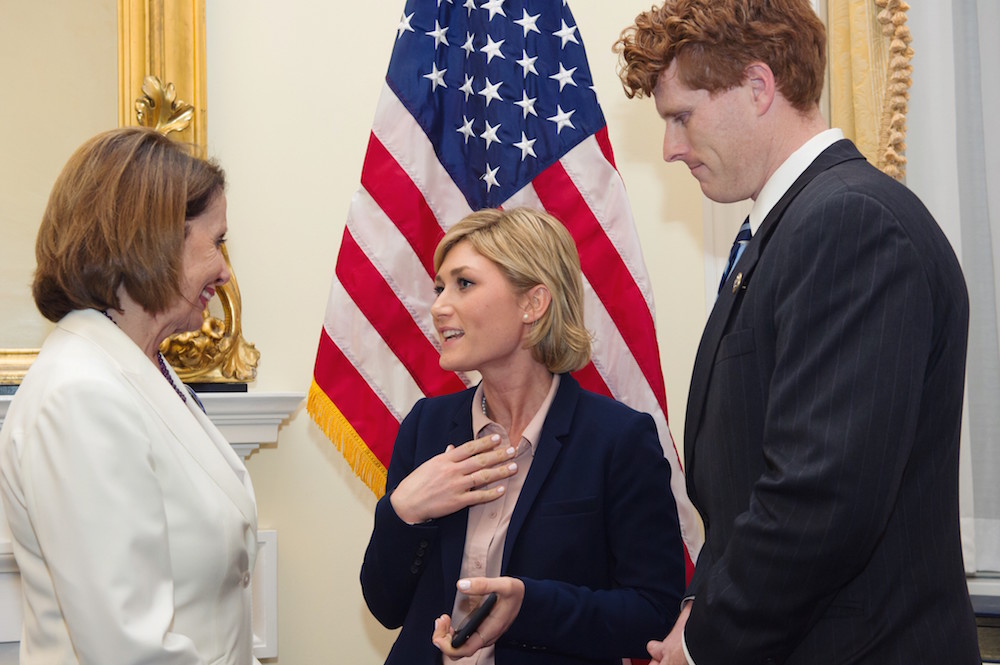 Washington, D.C., can be a frenzied place, especially for a college student juggling a full class load and congressional internships on Capitol Hill. Jen Fox, however, is taking it all in stride.

How does she stay so calm? Well, Fox suggests, two bouts with Hodgkin lymphoma in three years, and a stem cell transplant at Dana-Farber/Boston Children’s Cancer and Blood Disorders Center, have prepared her for just about anything – even long stretches 400 miles away from her beloved parents and friends.

A 25-year-old rising senior at George Washington University (GWU), Fox is spending her summer as a press intern for Rep. Adam Schiff of California, the ranking member of the House Permanent Select Committee on Intelligence. She helps with news releases, social media, and even leads tours of the United States Capitol to visiting constituents. During her first academic year at GWU, she interned for Rep. Joseph Kennedy III of Massachusetts after transferring to the D.C.-based university from a community college near her family’s Hopkinton, Massachusetts, home. 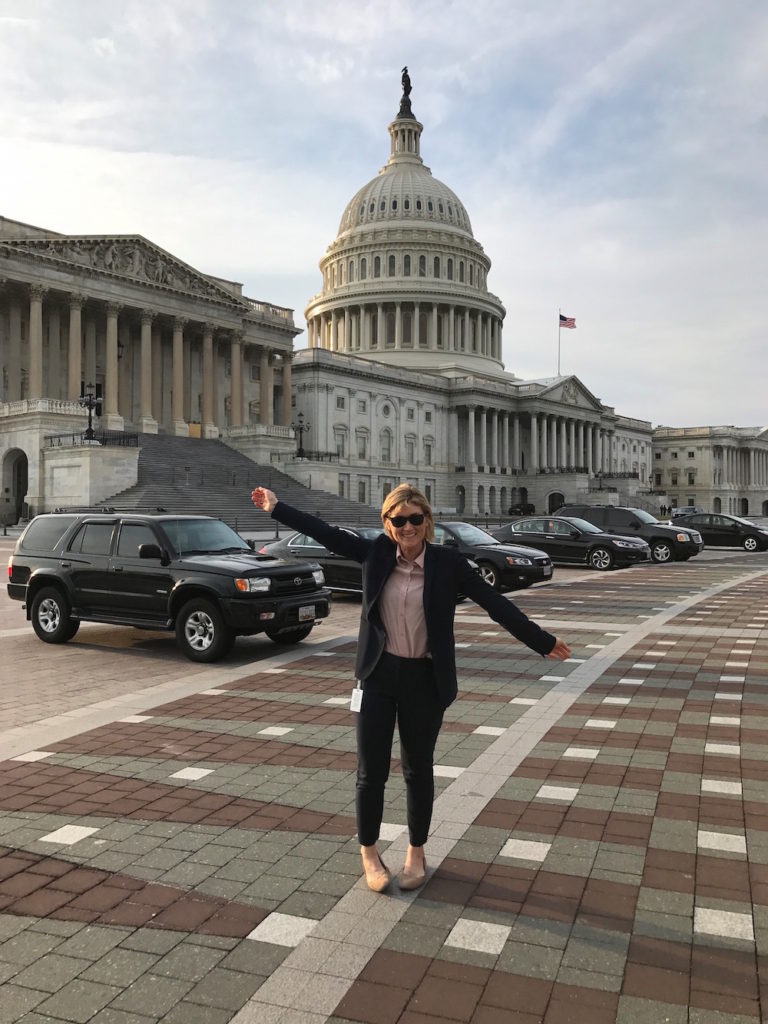 It’s a long way from the 100 days she spent in isolation at Boston Children’s Hospital in 2013 after her stem cell transplant. She had to take four years off from school while in treatment and recovery, but Fox believes her cancer experience is what gave her the drive and confidence to pursue her dream of working in political communications.

“I think cancer gave a lot more purpose to my life,” Fox says. “After I finally got better and back to school, it lit a fire under me. It made me feel like it all was worth something.”

Fox’s road to Washington began in June 2011. A recent high school graduate set to enroll at Massachusetts Bay Community College, she learned she had cancer. The diagnosis came a few months after she had the words “Still the Optimist” – lyrics from one of her favorite bands – tattooed on her arm.

During the tough years that followed, Fox glanced at the words on her arm during treatment at Dana-Farber/Boston Children’s and the Jimmy Fund Clinic. She was buoyed by tight-knit relationships with her parents, friends, and clinic staff, along with her love of the Red Sox. In 2013, when she learned a day after her 21st birthday that she had relapsed, the team’s drive to a World Series championship helped her through. Fox met several Red Sox players during clinic visits, and appeared on the WEEI/NESN Jimmy Fund Radio-Telethon at Fenway Park with Steven Margossian, MD, PhD, who conducted her transplant.

“Anyone who interacts with Jen for five minutes sees that she is a ball of energy and enthusiasm, and driven to achieve whatever goal she sets for herself,” says Margossian. “Going into transplant, she was determined to be discharged in ‘record time’ and she was – constantly but safely pushing the boundaries of her post-transplant restrictions.”

It was also during this period that Fox’s political passion was sparked. After realizing how crucial access to quality health care was in her own life, she wanted to help make this possible for others.

“Health care is important for everybody, whether you’re a Democrat or a Republican,” says Fox, who, in addition to attending school and working on the Hill, plans to start volunteering with Critical Mass, a bipartisan nonprofit that advocates for the needs of young adult cancer survivors.

While she isn’t sure what will come after her 2018 graduation, Fox knows one thing: She will remain ever the optimist.