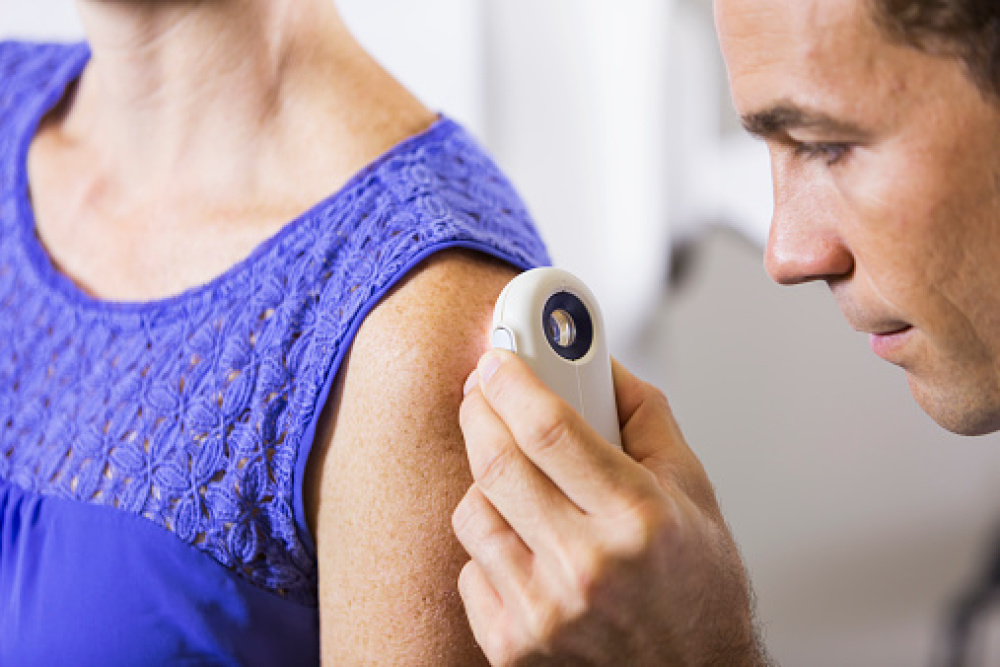 Scientists may have figured out a way to let people tan safely – without involving the sun.

In an effort to further develop preventative measures for skin cancers like melanoma, researchers from Dana-Farber and other health care organizations have developed a potential topical cream that stimulates skin cells to produce the dark pigment, melanin. Melanin helps protect skin cells by absorbing harmful ultraviolet (UV) rays; skin cancer is usually caused by overexposure to those UV rays. Scientists have stressed that more research and clinical trials are needed, but say the drug could be a promising pathway for UV protection and reducing skin cancer risk.

“There are pure cosmetic uses – people like to be tan – and there’s potential protection from skin cancer, as well as clear medical use for people that have hyper sun-sensitive disorders,” says Nathanael Gray, PhD, professor of cancer biology at Dana-Farber and a lead researcher on the study.

While the incidence rate of skin cancer has increased in the United States over the past couple of decades, darker skinner individuals maintain a lower risk of developing skin cancer over their lifetime. Researchers wanted to develop a method that could tan fair-skinned individuals without using any ultraviolet (UV) light. This new topical cream carries a small molecule that stimulates the synthesis of eumelanin, the melanin responsible for dark pigments.

A 2006 study was the first to find a topical drug successful in tanning red-haired mice, but researchers had difficulty getting the drug to penetrate the thickness of human skin. More than a decade later, a new generation of drug has been optimized to stimulate the browning of human skin.

Like natural tanning, the pigmentation naturally fades over time, meaning a potential treatment will include consistent application for its effects. The treatment not only promotes the production of melanin, but also the healthy maturation of melanosomes, the cells that process and hold melanin.

So what are the next steps? Gray says a potential new study could test whether a combination of this new drug and sunscreen could protect against skin cancer in fair-skinned people or people who are particularly sun-sensitive. More research also has to be done on side effects of the drug, he says.

“Obviously sunscreen is pretty universally used and accepted, and a study would have to be done to show that darkening your skin plus sunscreen is better than sunscreen alone,” Gray says. “That’s not a given.”

Learn more about the latest in skin cancer research at Dana-Farber and when to see a dermatologist.