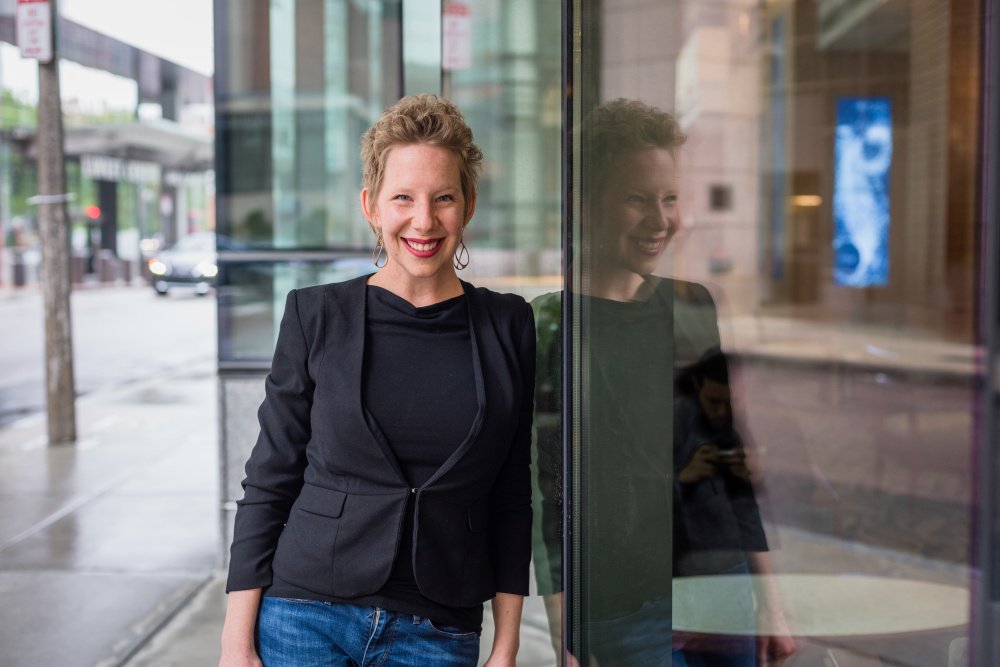 Business consultant and former scientist Jordan Kraft didn’t always have the confident presence she has today. The 29-year-old was once a shy child who hated being in front of people.

With encouragement from her parents, young Jordan started performing in plays – first as the Cowardly Lion in The Wizard of Oz – and slowly became more comfortable in front of a crowd. But this identity she built for herself, as a strong, confident young woman, quickly crumbled when she was diagnosed with Hodgkin lymphoma at 21.

“It really derailed me,” she recalls. “I had gone from claiming my independence to totally depending on my parents for care.”

It took Kraft several years to regain her confidence. After experiencing post-traumatic stress following treatment, she found it difficult to talk about the reality of her disease with her family – and so she sought out a psychologist. It’s a choice Kraft credits with improving her confidence and relationships, and something she wishes she had accessed during treatment.

When she was diagnosed with a recurrence in 2016, Kraft already had business school under her belt and a healthy partnership with her now-husband, Cei. This second time around, she is equipped with the confidence and skills to be an active participant in her own care.

Here are her tips for successfully advocating for yourself during treatment.

Hire and fire as needed.

Think of your care team as employees: You don’t have to hire the first person you interview, and if it doesn’t work out, find someone who is a better fit. Kraft “interviewed” several psychologists before deciding on a doctor who fit her personality and needs. The same goes for your oncologist: Don’t be afraid to get a second opinion.

Take notes – and bring an assistant.

Throughout the week, Kraft will jot down questions or comments she wants to bring up with her doctor. And prior to the appointment, she and Cei – who doubles as a personal assistant of sorts – go over the things they want to accomplish. “His job was to be the bulldog and make sure we didn’t leave the appointment until my questions were answered,” she says.

Part of Kraft’s treatment involved radiation to reduce the risk of her lymphoma recurring – treatment that would increase her risk of developing breast cancer later in life. Unsure about the risk, Kraft communicated directly with her doctor, David Fisher, MD, regarding her concerns, and the two reviewed evidence of the therapy’s benefits together until Kraft was comfortable moving forward.

“The first time I had cancer, I didn’t understand everything that was happening to me, and that contributed to my turmoil,” she explains. “This time, I felt better in moments when I completely understood my care. All of your care choices should be something you consent to mind, body, and soul.”

“I approached doctor’s visits as business meetings,” Kraft says. “I wore a blazer often, especially on days when I was feeling scared.” She also wore lipstick, headscarves, and perfume to help herself feel confident during appointments and powerful even when she was at her weakest. 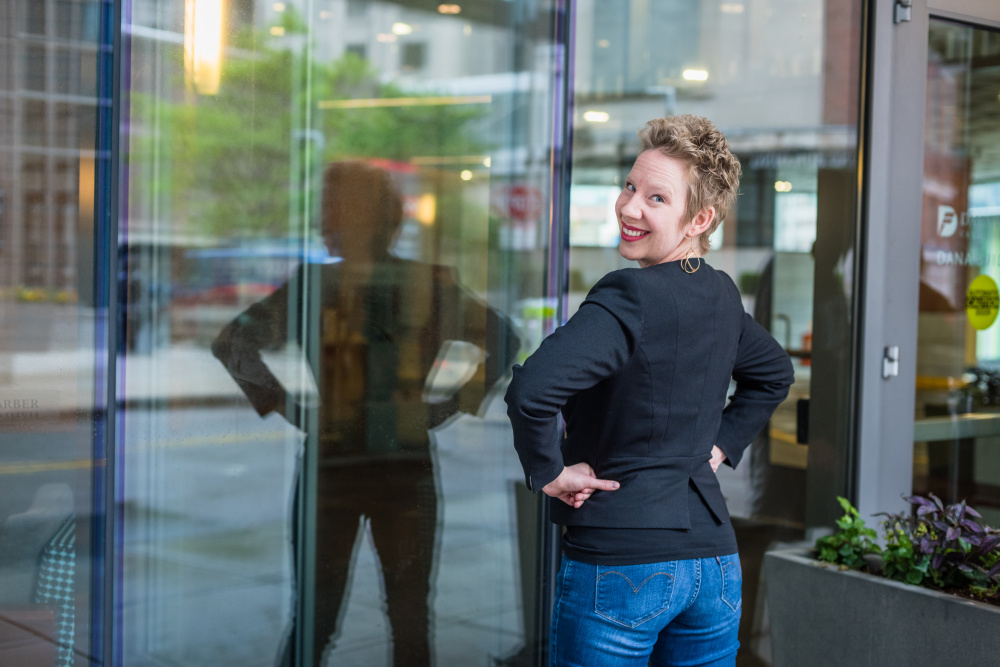 When Kraft is meeting with her oncologist, she sits forward on her seat, with her back straight, leaning toward the doctor. “I’m trying to represent that I’m leaning into that discussion, that I’m deeply engaged in the conversation,” she says, adding that she keeps her body open and commands space. She still lets herself get emotional in these meetings, but “leaning in” helps her feel like part of the team, not just the one receiving treatment.

Kraft also does “power poses” for a few minutes before going into appointments – for example, standing with feet part, back straight, hands on hips, and head high. But you don’t need to strike a pose in the waiting room to feel powerful, she explains: “Take the time to be mindful about how you want to enter the appointment and what you want to talk about; your stage presence is important.”

Support for young adults treated for cancer at Dana-Farber.