Ireland native and Boston resident Michael Mullan was given six months to live when he came to Dana-Farber to be treated for his third cancer diagnosis. Now, two years later, Mullan’s cancer is still at bay because of immunotherapy and targeted chemotherapy – and through it all, he achieved one of his dreams: graduating from Harvard Law School.

When Mullan was just 16 months old he had his first cancer diagnosis – neuroblastoma, a cancer that arises in immature nerve cells and affects mostly infants and children. He underwent chemotherapy and a bone marrow transplant that left him cancer free – until age 22, when he was diagnosed with the most common type of kidney cancer: renal cell carcinoma.

“It came as a shock,” says Mullan, who was attending college in Dublin at the time. “I thought I was done with cancer.”

Mullan underwent surgery to remove the affected kidney, and took time off from school, but returned and graduated with top marks, as well as a scholarship to Harvard Law School.

Ready to begin this new chapter in his life, Mullan, then-23, and his girlfriend of 10 years, Mel, moved from Ireland to Boston. They were meeting new people and settling into the city when Mullan took a trip to a local doctor for a sore throat. It revealed more news: Mullan’s kidney cancer had spread to his abdomen and lungs, for which Mullan received a diagnosis of metastatic kidney cancer. He was chair-bound at that time, and needed to be admitted to the hospital right away.

For treatment, Mullan came to Dana-Farber Cancer Institute to see Toni Choueiri, MD, the director of the Lank Center for Genitourinary Oncology, and an expert in the field of renal cell cancers. Choueiri initially delivered a prognosis that wasn’t easy to hear: six months to live — “but this is just an average,” Choueiri told him. “It may not apply to your case.”

“He said he’d throw the kitchen sink at this cancer,” Mullan recalls. “I trusted that he would do anything he could to help me fight it. Even with the discouraging third prognosis, I was so inspired by his hard work that I decided to do the same.”

Mullan immediately started chemotherapy, but, after a few months of little improvement, he switched to an immunotherapy drug called nivolumab.

Choueiri and Mullan both knew that there was no guarantee that immunotherapy – which uses the body’s immune system to fight cancer – would work. Researchers are still trying to identify why immunotherapy works better for some patients than others.

But, when Mullan got his scan results on St. Patrick’s Day, he counted himself lucky: his tumors were shrinking.

“In that moment, I was so happy to have been in the right city at the right time, especially with the right doctor,” he says.

The immunotherapy continued to work for a few months, but Mullan began to experience side effects – which are common for metastatic kidney cancer patients undergoing this kind of treatment. The nivolumab was damaging his liver, and he needed to come off the drug. Mullan decided to take a year off from his studies at Harvard and take a break from cancer treatment. After that year ended, he was ready to take classes again – and started targeted chemotherapy, too.

“Once September came around again, I was determined to not let cancer take over my dreams,” he says.

Through it all was Mullan’s girlfriend, Mel, who would stand outside of his classroom with a wheelchair and a sick bag. It was difficult at times, Mullan says, but he only missed two or three sessions. He completed his thesis from a hospital bed – and finally, graduated from Harvard Law in May 2017. 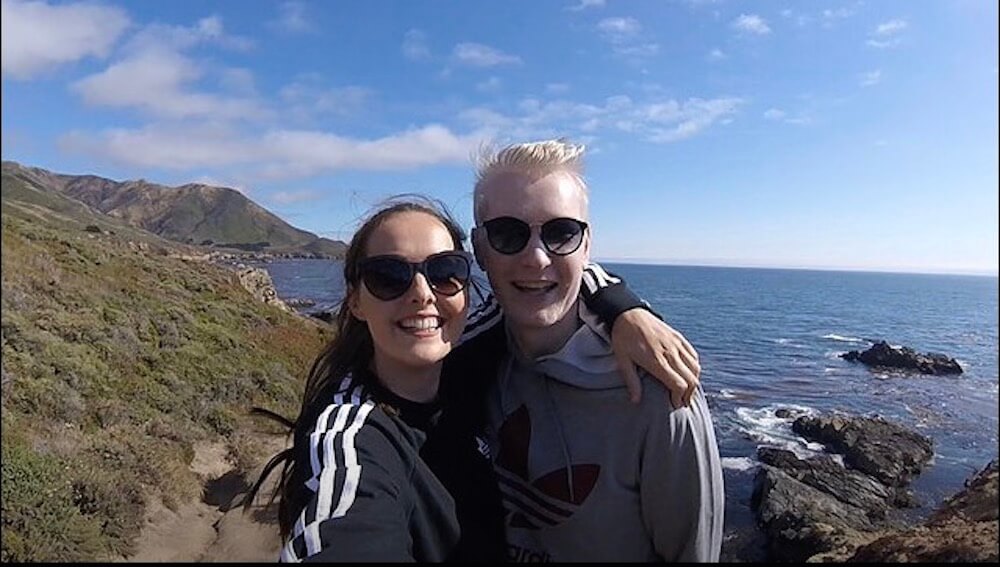 Still undergoing treatment, which is keeping his cancer under control, Mullan is applying to postdoctoral programs at Harvard and other law schools on the east coast, where he plans on studying disability law. And through it all, Mullan considers himself lucky.

“I’ve changed the way I think about living with cancer,” he says. “Now, I’m grateful for the treatments that keep the cancer at bay, even if they aren’t a total cure. They’ve allowed me to live a healthy life as best I can and continue to pursue the things I love.”

“It has been a rewarding journey with Michael, Mel, and his parents,” Choueiri says. “He is family to us. We have a wonderful team of doctors and nurses at the Lank Center who provide the most compassionate and cutting-edge care.”

Learn more about treatment for kidney cancer from the Lank Center for Genitourinary Oncology at Dana-Farber Cancer Institute.