In early 2018, Sandra Linberg received an infusion of CAR T cells only a few months after the therapy was approved for treating her type of cancer. After only a month, her lymphoma had completely disappeared – she was in a complete remission.

“Those little warrior cells took care of it,” declared Linberg, who has continued to be cancer-free.

Linberg, 75, from Fairhaven, Mass., was fortunate to have CAR T therapy as an option when she needed it most. She had previously been treated for advanced non-Hodgkin lymphoma with standard chemotherapy, and although she went into remission, the cancer recurred.

CAR (chimeric antigen receptor) T-cell therapy is a new and sophisticated type of immunotherapy that, for some cancers, has become standard for certain categories of patients and is in clinical trials for other patient groups and types of cancer. T lymphocytes, or T cells, are the backbone of the body’s immune defenses against virally infected cells and cancer, but they aren’t always able to overcome cancer cells’ ability to evade the immune response.

In CAR T-cell therapy, T cells that are removed from a patient’s body, modified in the laboratory, and ultimately turned into CAR T cells, which have more potent cancer-fighting activity. 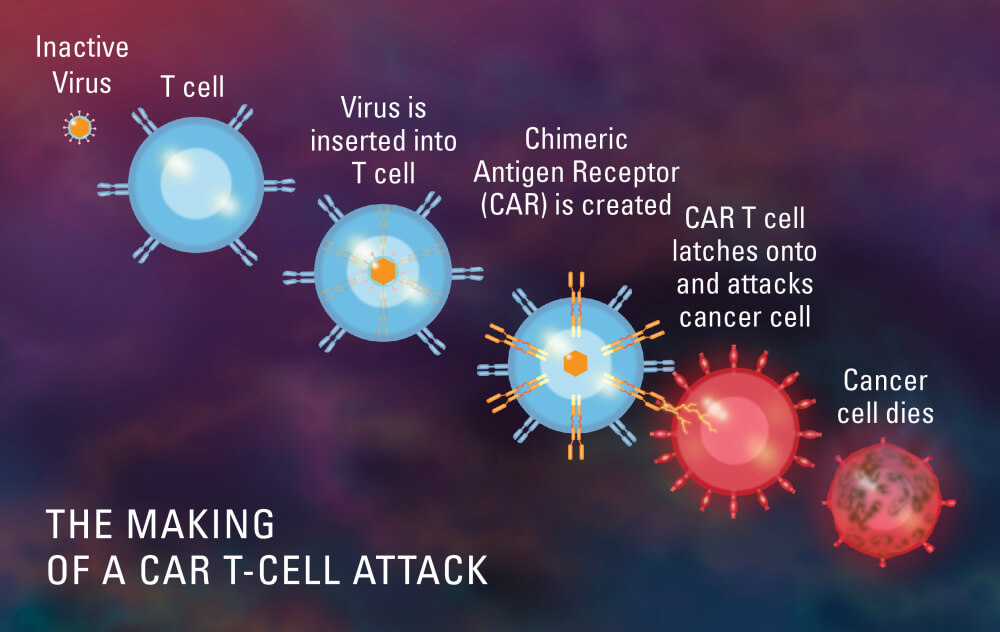 Scientists have learned to genetically reprogram an individual’s T cells in the laboratory, specifically by equipping them with synthetic receptors – CARs – that enhance their ability to multiply rapidly and target with high specificity molecules on lymphoma and leukemia cells. Among the diseases it is being used to treat, CAR T-cell therapy has achieved some dramatic outcomes and durable benefits in patients with certain advanced blood cancers, including relapsed non-Hodgkin lymphoma.

Until CAR T cells won approval in 2017 for use in treating relapsed or refractory non-Hodgkin lymphoma, patients like Linberg whose cancer recurred had few good options, says Ann LaCasce, MD, MMSc, of Dana-Farber’s Hematologic Oncology Treatment Center, to whom Linberg was referred.

Now, with CAR T-cell therapy demonstrating its ability to boost the immune attack on lymphoma cells, patients who relapse have a new chance at a better outcome.

“It’s quite remarkable – I have seen a lot of patients who have done really well,” LaCasce says. “It’s amazing because it offers a potentially curative approach in patients for whom we didn’t even have good palliative therapy.” 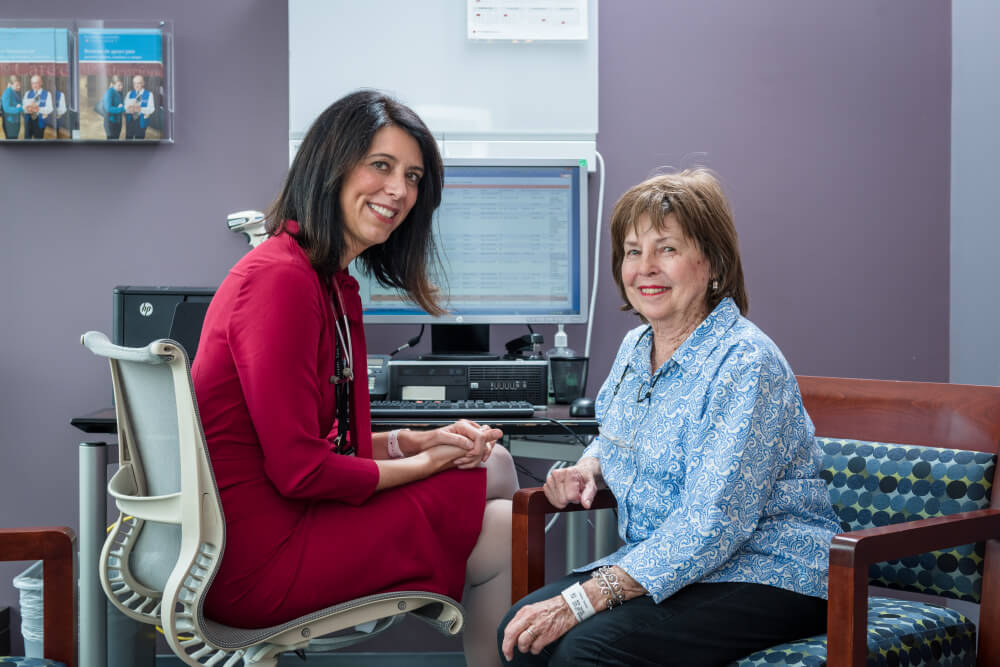 Sandra Linberg’s treatment began with collection of her immune T cells and subsequent processing to equip them with CAR receptors “trained” to seek out lymphoma cells anywhere in her body. The engineered T cells were then infused during a 12-day hospital inpatient stay.

“I felt fine for the first six days,” says Linberg. “Then, beginning the seventh day, I felt like I had the flu – it wasn’t fun!” These are typical side effects caused by the surge of CAR T cells through the body.

A week or so after she returned home, Linberg started feeling better—and a month later, a PET scan showed that the lymphoma lesions had vanished. She was in complete remission.

“Her scans have been clear,” says LaCasce, who adds that Linberg is doing great and is not receiving any treatment.

If patients are still in remission six months after CAR T-cell therapy, “they do very well,” adds LaCasce.  “We have patients more than two years out and continuing to do well.”

2 thoughts on “From Recurrence to Remission: Lymphoma Patient is Cancer-Free After CAR T-Cell Therapy”