After seeing few updates for more than two decades, treatment options for ovarian cancer are beginning to expand rapidly. As doctors and scientists have learned more about the molecular forces at work in ovarian cancer, and about the immune system’s role in fighting the disease, several new therapies are being used, either as FDA-approved drugs or as the focus of clinical trials.

Doctors consider a variety of factors when devising a treatment plan for a patient newly diagnosed with ovarian cancer. Traditionally, these have included cancer stage, or the extent of its spread to other parts of the body; tumor grade, a measure of how rapidly it’s likely to grow; histology, or kind of ovarian cancer indicated by the appearance of the cancer cells under a microscope; and other medical conditions that may limit a patient’s ability to tolerate certain therapies.

The kind of ovarian cancer a patient has is a critically important factor for treatment teams to consider. Physicians now recognize that ovarian cancer is not a single disease but a group of related disorders that have distinct genetic and cellular features. By far, the most common form of ovarian cancer is high-grade serous carcinoma, in which cancer cells have trouble repairing DNA damage and often harbor too many or too few copies of key genes. Other forms include endometrioid, mucinous, clear cell, and low-grade serous ovarian cancer, some of which respond to chemotherapy better than others. Treatment is tailored to the specific characteristics of each type. 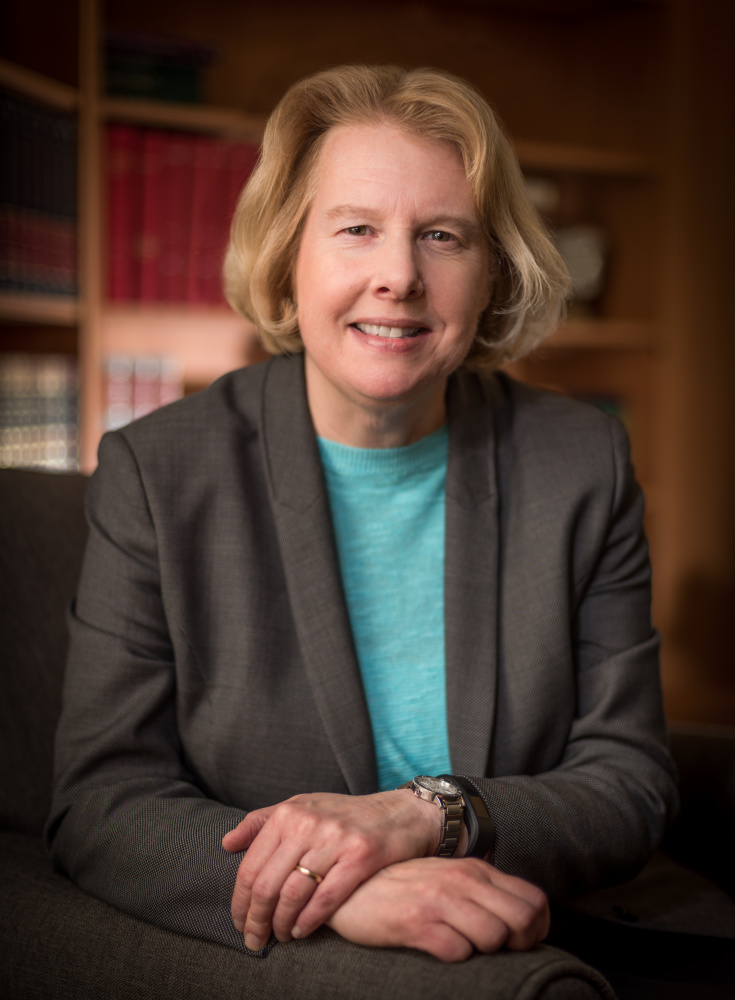 On the basis of more recent research advances, physicians also take genetic criteria into account when crafting a treatment plan. Testing for mutations in the BRCA genes, which can predispose women to ovarian, breast, and other cancers, has become routine. Such tests may look for germline mutations in these genes, which are inherited from one’s parents, or somatic mutations which specifically arise in tumor tissue, or both. Researchers are also exploring whether the tumor cells can be categorized by their vulnerability to new immune system-based treatments.

The standard therapies for newly diagnosed ovarian cancer have long included surgery, radiation therapy, and a combination of the chemotherapy drugs paclitaxel and carboplatin. The timing and manner in which these drugs are used—the schedule of chemotherapy infusion, for example—depends on the particular features of a patient’s cancer. Some patients with large tumors, for instance, may receive “neoadjuvant” chemotherapy, in which chemotherapy agents are used to reduce the size of the mass prior to surgery.

Now, standard therapies include more treatment options. The biggest changes have resulted from research into the basic biology of the disease, leading to new drugs and drug combinations. Earlier this year, the FDA approved the drug bevacizumab (Avastin®)—which restricts tumors’ access to the bloodstream—for patients with advanced ovarian cancer. Used in combination with chemotherapy, it is often able to shrink or stop the growth of tumors but does not increase survival. Because of bevacizumab’s toxicities and the short duration of the remissions it produces, better options are needed for patients.

Drugs known as PARP inhibitors, which hamper cells’ ability to repair damaged DNA, have received FDA approval for many aspects of ovarian cancer treatment. In women with recurrent cancer, these agents are most effective against tumors with cells carrying harmful mutations in the BRCA genes, but they also can be beneficial in other cases, especially in high-grade serous cancers where DNA-repair problems exist and a BRCA mutation may not be present.

In newly diagnosed patients, the SOLO-1 clinical trial is testing the PARP inhibitor olaparib in patients with BRCA-mutated ovarian cancer who have received platinum-based chemotherapy. The findings of this closely-watched trial were presented at the European Society of Medical Oncology in October 2018 and show that the results for olaparib are very favorable compared to a placebo, or inactive drug.

Investigators are studying a variety of other agents, alone and in combination, that hold promise for patients with newly diagnosed ovarian cancer. Studies are testing the addition of a variety of immunotherapies, including drugs known as checkpoint inhibitors, which release the brakes on the immune system’s attack on cancer cells, as well as cancer vaccines which teach immune system cells to identify and kill tumor cells. Among these are trials testing the combination of immunotherapy, bevacizumab, and PARP inhibitors for newly diagnosed ovarian cancer. Along with the therapies that have entered standard treatment in recent years, these novel therapies are ushering in a new era in ovarian cancer treatment.