Although ovarian cancer is among the most difficult cancers to treat when not caught in its earliest stages, treatment advances are extending the lives, and improving the quality of life, of many patients.

“Ovarian cancer research and treatment continue to grow. There are so many resources available and we are no longer committed to just conventional chemotherapy,” says Susana Campos, MD, MPH, a gynecologic medical oncologist with the Susan F. Smith Center for Women’s Cancers at Dana-Farber. “People can really have fruitful lives even if they are living with ovarian cancer.”

The promise of PARP inhibitors

Some of the most promising advances in ovarian cancer involve drugs known as PARP inhibitors. These target a key pathway by which cells repair damage to their DNA. When DNA repair is already hindered by a genetic mutation, the loss of an additional repair pathway can create an accumulation of DNA damage that causes tumor cells to die.

Three recent clinical trials have shown the benefit of PARP inhibitors as “maintenance therapy” for patients newly diagnosed with ovarian cancer. Maintenance therapies are used in conjunction with the primary treatment to reduce the risk of relapse.

Ovarian cancer that has returned

Treatment advances are also improving the outlook for patients whose ovarian cancer has returned. Combinatorial therapy with PARP inhibitors is becoming increasingly popular.

The results of the AGO DESKTOP III study were presented at the 2020 International Conference of the American Society of Clinical Oncology. Researchers have developed a measure called the AGO score as a tool for predicting which patients with recurrent ovarian cancer are likely to benefit from further surgery. The study found that patients whose ovarian cancer has returned more than six months after treatment, and who have an appropriate AGO score, are more likely to have a better response to surgery and chemotherapy than chemotherapy alone.

If you have any questions about treatment for ovarian cancer, please contact your care team or the Susan F. Smith Center for Women’s Cancers at Dana-Farber/Brigham and Women’s Cancer Center. 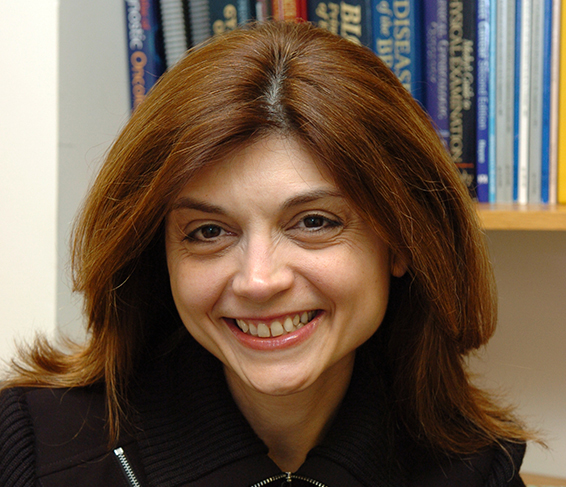 Dr. Campos received her MD from Georgetown University in 1992, and then completed residency training at Georgetown Medical Center. Between 1995 and 1998, she completed a fellowship in hematology-oncology at Brigham and Women's Hospital, in Boston, and in 2000 received her MPH from Harvard Medical School. She serves on committees for the American Society of Clinical Oncology, the Gynecological Oncology Group, and the National Comprehensive Cancer Network. She is board-certified in internal medicine, oncology, and hematology.