Immunotherapy, which boosts the patient’s immune system response against cancer, is an emerging area of treatment and research. The immunotherapy drug pembrolizumab (Keytruda) is approved to treat women whose endometrial cancer cells have certain characteristics.

What type of endometrial cancer does immunotherapy work for?

Pembrolizumab is effective in shrinking or slowing the growth of a minority of endometrial cancers. These are advanced cancers whose cells are termed microsatellite-instable (MSI) or are MMR (mismatch repair)-deficient. Both MSI and MMR deficient tumors have large numbers of DNA mutations, making them “hot” — that is, likely to provoke a response by immune T cells.

Most endometrial cancers lack MSI or MMR characteristics, and so are deemed “cold” and not good candidates for immunotherapy treatment with pembrolizumab.

Advanced or recurrent endometrial cancers classified as MSS (microsatellite stable) can be treated with pembrolizumab plus the drug lenvatinib, which targets several growth factor receptors that play roles in signaling pathways that promote cancer.

How does pembrolizumab work?

Pembrolizumab targets PD-1, a protein on immune system T cells that prevents T cells from attacking other cells, including cancer cells. By inhibiting PD-1, pembrolizumab frees immune T cells to detect and attack cancer cells. Drugs like pembrolizumab are called checkpoint inhibitors because they target the checkpoints that restrain the immune response.

Researchers at Dana-Farber and beyond are attempting to broaden the use of immunotherapy in endometrial cancer patients.

“Ongoing studies are assessing the role of immunotherapy combined with chemotherapy in newly diagnosed endometrial cancer, as well as comparing pembrolizumab plus lenvatinib to standard-of-care chemotherapy, to see if it might have superior activity in MSS cancer,” says Joyce Liu, MD, MPH. She is the director of clinical research in the Division of Gynecologic Oncology at Dana-Farber. 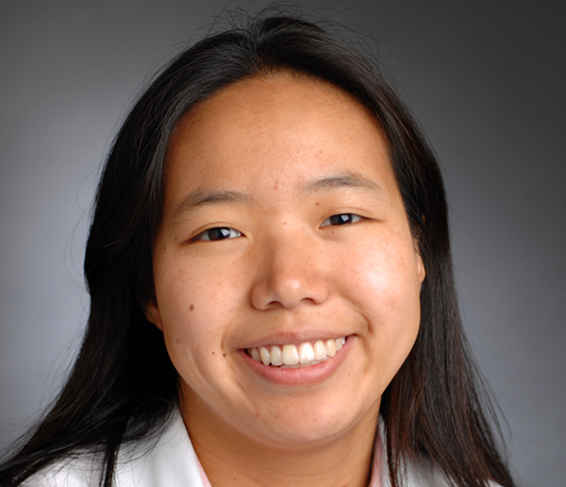 Dr. Liu received her medical degree from Harvard Medical School in 2002. She completed her residency in Internal Medicine at Brigham and Women's Hospital, and her fellowship in Hematology Oncology at the Dana-Farber Cancer Institute. In 2008, she joined the staff of Dana-Farber and Brigham and Women's Hospital, where she is a medical oncologist and clinical investigator in the Division of Gynecologic Oncology. Her research focuses on identifying and validating potential therapeutic targets in advanced platinum-resistant ovarian cancer, in an in-vitro setting as well as in a murine xenograft model of ovarian cancer. Dr. Liu is also active in conducting clinical research directed towards developing a better understanding of the basic biology of ovarian cancer and translating discoveries from the laboratory into the clinical setting.