What is the BRCA gene?

BRCA1 and BRCA2 play a big role in preventing cancer. They belong to a class of genes called tumor suppressors, which ensure that breast, ovarian, and other types of cells don’t grow or divide too rapidly or uncontrollably. BRCA testing checks for mutations in either gene, and can help people decide what steps they can take to reduce their cancer risk if they do test positive for a mutation.

What is the relationship between BRCA mutations and cancer?

If one copy of a BRCA gene has a mutation, it won’t function correctly and can increase someone’s risk of developing certain cancers, including breast or ovarian cancer. About 50 out of 100 women who have a BRCA1 or BRCA2 mutation will develop breast cancer and 30 out of 100 of these women will develop ovarian cancer by age 70. Overall, about five to 10 percent of breast cancer diagnoses and about 15 percent of ovarian cancer diagnoses are related to a BRCA mutation.

What is the difference between BRCA1 and BRCA2 mutations?

The two genes indicate different levels of risk that patients have in developing breast, ovarian, pancreatic, or prostate cancer.

Recent research has revealed that the BRCA genes play a role in other cancers as well. A mutation of the BRCA2 gene has been found to be associated with a higher risk of prostate cancer, especially in men under the age of 65. BRCA1 and BRCA2 are also linked to a greater likelihood of developing pancreatic cancer.

Should you get a mastectomy if you have a BRCA mutation?

People who test positive for an inherited BRCA mutation may decide to take steps to reduce the chance that they’ll develop a new breast cancer, often by undergoing a bilateral (or double) mastectomy. Some people may choose to have additional screening rather than a mastectomy.

What percent of BRCA tests are positive?

BRCA1 and BRCA2 mutations are inherited, meaning that if your parent has a BRCA gene mutation, you have a 50 percent chance of having the mutation. However, harmful BRCA mutations are uncommon in the general population. About one in every 500 women in the United States has either a BRCA1 or BRCA2 gene mutation.

What do you do if you’ve tested positive for a BRCA mutation?

Patients who test positive for a BRCA mutation should be educated about the implications of their genetic risk, including screening recommendations. Patients can opt for more frequent breast exams, early breast imaging and screening, and preventative mastectomies. Women with BRCA mutations are also at increased risk of ovarian cancer and are recommended to undergo the removal of the ovaries and fallopian tubes once they are done having children or by age 35 to 40.

The Center for BRCA and Related Genes provides expert clinical care to patients with BRCA-mutated and BRCA-related cancers, regardless of tumor type. Over the past 20 years, Dana-Farber investigators have made critical discoveries that have illuminated not only the function of these crucial genes, but also how their dysfunction leads to cancer susceptibility.

Patients can access the Center either as a new patient or as previously followed in a Dana-Farber disease center. Patients are evaluated by an appropriate designated expert Center physician and will undergo a genetic evaluation if indicated. Following expert evaluation, patients will receive recommendations for therapy and/or enter a clinical trial. Clinical samples and data collected from patients across disease centers will be used for focused correlative, translational, and laboratory-based investigation of BRCA and BRCA-related genes.

Does having a BRCA mutation affected how cancer might be treated?

Yes, having a BRCA mutation can impact the type of treatment you receive. Patients with inherited BRCA mutations, as well as those with acquired BRCA mutations only in their tumors, are increasingly likely to benefit from new classes of drugs such as PARP inhibitors and other cell cycle checkpoint inhibitors, as well as targeted agents alone or in combination with immunotherapies. Specialists at the Center for BRCA and Related Genes work closely together to offer patients the latest therapies and clinical services, including access to innovative clinical trials. 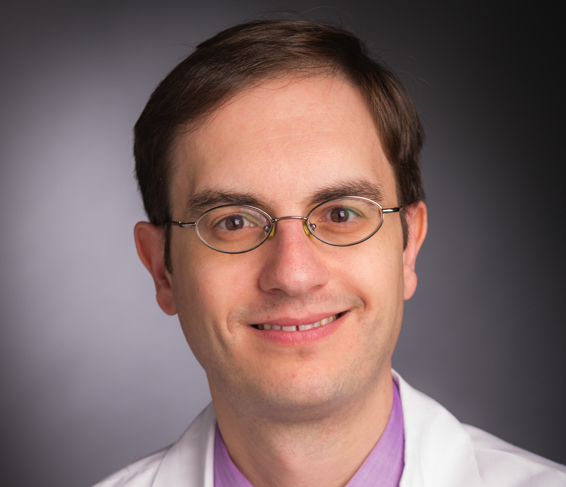 Panagiotis (Panos) A Konstantinopoulos, MD, PhD is Director of Translational Research and attending oncologist in the Division of Gynecologic Oncology at Dana-Farber Cancer Institute, and an Associate Professor of Medicine at Harvard Medical School. His translational research career focuses on ovarian cancer and other gynecologic malignancies with an important niche in the areas of DNA Damage and Repair and Immunotherapy. His work has focused on unraveling mechanisms of resistance to chemotherapy and targeted agents, developing the rationale and preclinical data for novel drug combinations in ovarian cancer, and on identification of novel diagnostic and predictive biomarkers of therapeutic response in gynecologic cancers as well investigating their mechanistic implication in carcinogenesis. His research efforts in this area have been supported by several Harvard-wide, industry and national sources including the Department of Defense (DOD), Ovarian Cancer Research Program (OCRP) and the American Association of Cancer Research (AACR). As a clinical researcher, he is also involved as a principal investigator (PI) and co-investigator in several gynecologic cancer clinical trials. Dr Konstantinopoulos has served as a member of the Editorial Board of Journal of Clinical Oncology, is co-chair of the Dana Farber Harvard Cancer Center (DFHCC) Audit Committee and a member of the Gynecologic Oncology Group (GOG) Experimental Medicine Committee.After receiving his MD and PhD from University of Patras in Greece, Dr Konstantinopoulos completed internship and residency at State University of New York at Syracuse, followed by a medical oncology fellowship at Beth Israel Deaconess Medical Center and Harvard Medical School. He also received a Master's degree in Clinical Investigation from Harvard Medical School and Massachusetts Institute of Technology (MIT) Department of Health Sciences and Technology.