Greg Mancini's response to immunotherapy made his doctor believe something she previously didn't think was possible: that perhaps one day, there will be a cure for metastatic disease.

As an avid soccer fan, Greg Mancini knows sometimes it only takes a single play to turn the tide of a match. Mancini's game-changing moment came when he received immunotherapy at Dana-Farber.

In 2015, Mancini, who was just 39 at the time, was diagnosed with stage IV colorectal cancer after experiencing severe abdominal pain. Given his age and active, healthy lifestyle, doctors initially thought he might have appendicitis.

He was prescribed an antibiotic for the pain and told to come back the following week. When the antibiotic failed to help, Mancini underwent a CT scan, which showed that he had a tumor in his colon. The scan also revealed that the cancer had metastasized to other parts of Mancini’s body.

“I couldn’t comprehend what was happening. I felt like I was moving through a fog,” Mancini recalls. “It took me a long time to process the information and realize this wasn’t a bad dream.” 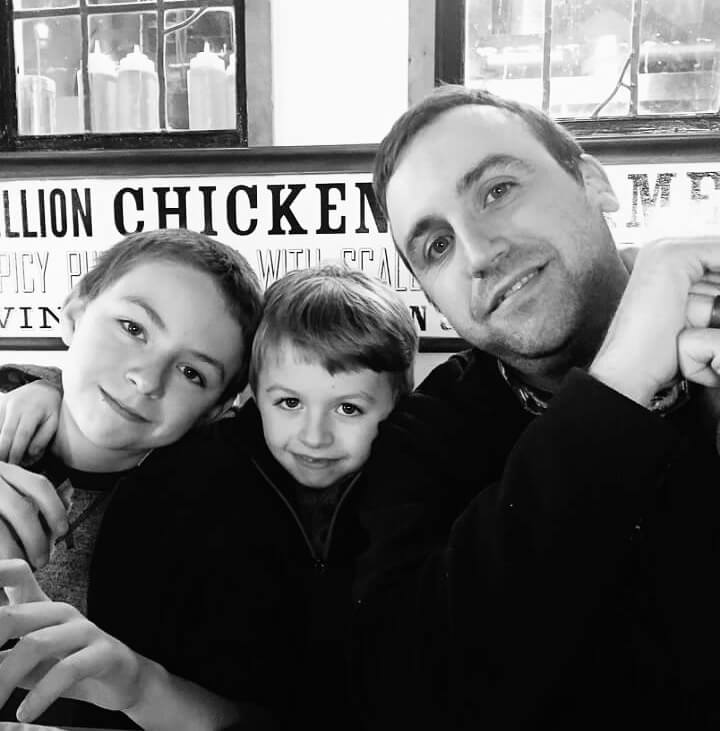 Mancini and his two boys, Leo and Tony.

Mancini immediately underwent surgery at his local cancer center to remove the tumor in his cecum, which is in the right colon at the beginning of the large intestine. He was then placed on a chemotherapy regimen to treat the metastases in his liver, and a second surgery to remove the liver tumors was scheduled.

However, when the cancer continued to spread despite the chemotherapy, Mancini’s surgery was canceled, and he started thinking about getting a second opinion. After doing hours of research, Mancini’s wife suggested he meet with Kimmie Ng, MD, MPH. Ng now serves as the director of the Young-Onset Colorectal Cancer Center at Dana-Farber/Brigham and Women's Cancer Center (DF/BWCC), a center that formed after Mancini received his treatment.

“When I met Greg, he had disease everywhere and was in a lot of pain,” Ng recalls. “Usually, chemotherapy will shrink the tumors in nearly half of all patients. Not only did Greg not responding to the treatment, he progressed, which is fairly unusual.” 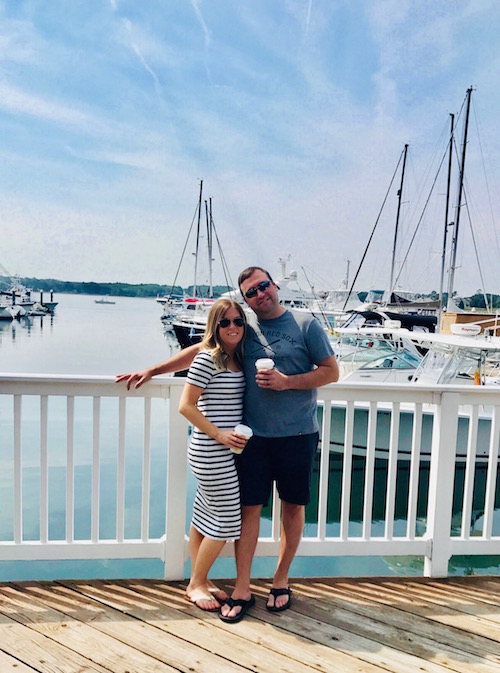 Mancini and his wife, Christy.

Part of the reason Mancini’s cancer was spreading quickly was because he had an MSI-High (MSI-H) tumor. These tumors contain multiple gene mutations, which arise as a result of the body’s inability to repair mistakes in the DNA. If not caught early and monitored or treated accordingly, gene mutations can result in aggressive cancers. However, they’re also more likely to be recognized and targeted by the immune system. Ng planned to use that to her advantage.

Mancini was enrolled in a clinical trial for MSI-H colon cancer patients that tested the effectiveness of two immunotherapy drugs called nivolumab and ipilimumab, both of which work as checkpoint inhibitors. The drugs are designed to release the “brake” on the immune system, allowing it to better recognize and attack the tumors.

For Mancini, the results were remarkable. Within weeks, the tumors started shrinking, and since finishing treatment in 2016, Mancini has stayed in full remission. His tumors are still decreasing despite not being on active treatment.

“I had bulging tumors in my neck that melted like ice cubes. It was unbelievable,” says Mancini.

“It was extremely gratifying to be able to give him his life back,” adds Ng. “His response was the best that I have seen to immunotherapy, and it has made me believe that perhaps one day, we can cure widely metastatic disease. This is something that I previously did not think was possible.”

Since completing the trial, Mancini’s treatment has become the standard of care for MSI-H colon cancer patients. However, there is still a lot of work to be done: While many patients respond positively to the combination, few are able to maintain complete remission.

Today, Mancini is once again playing soccer, camping, and mountain biking with his two sons. In 2017, he knocked off a bucket list item when he flew to Sweden to watch his favorite soccer team, Manchester United, win the UEFA Europa League Final.

“My life changed forever when they told me I had cancer,” Mancini explains. “But I am so lucky and blessed we found something that worked.”