Lung cancer, which causes more deaths worldwide than any other malignancy, is revealing its vulnerabilities under a sustained assault from science.

Many of the most recent advances against the disease have a long pedigree at Dana-Farber. It was 10 years ago, in fact, that Dana-Farber scientists and elsewhere showed non-small cell lung cancers that carry a mutation in the gene EGFR are susceptible to a targeted drug. That discovery, which ushered in the era of personalized medicine for lung cancer, has lengthened the lives of tens of thousands of patients around the world. Today it is a standard procedure in many hospitals to test lung cancer patients’ tumor tissue for mutated EGFR and, if it’s present, to prescribe the targeted drug erlotinib or a similar agent.

Earlier this year, in fact, the American Society of Clinical Oncology recommended many lung cancer patients be tested for mutations in the EGFR and ALK genes.

Revolutionary as erlotinib has been in the treatment of non-small cell lung cancer – which accounts for about 85 percent of all lung cancer cases – it generally produces remissions for a few years before tumors become resistant and resume their growth. In 2005, Dana-Farber and other scientists reported that erlotinib-resistant tumors often carry a separate mutation in EGFR, known as the “gatekeeper” mutation. Spurred by this discovery, chemical biologists at Dana-Farber created a compound that targets that specific mutation. Tests showed the agent ­– called WZ4002 – can melt such tumors away in mice.  Earlier this year Dana-Farber researchers reported on a phase 1 clinical trial in which more than half of patients with drug-resistant NSCLC had their tumors go into remission after taking AZD9291, a drug with same mechanism of action as WZ4002.

In one recently opened clinical trial, investigators are examining whether two targeted drugs that have improved outcomes in advanced lung cancer can increase survival of patients with early-stage lung cancer that has been surgically removed. 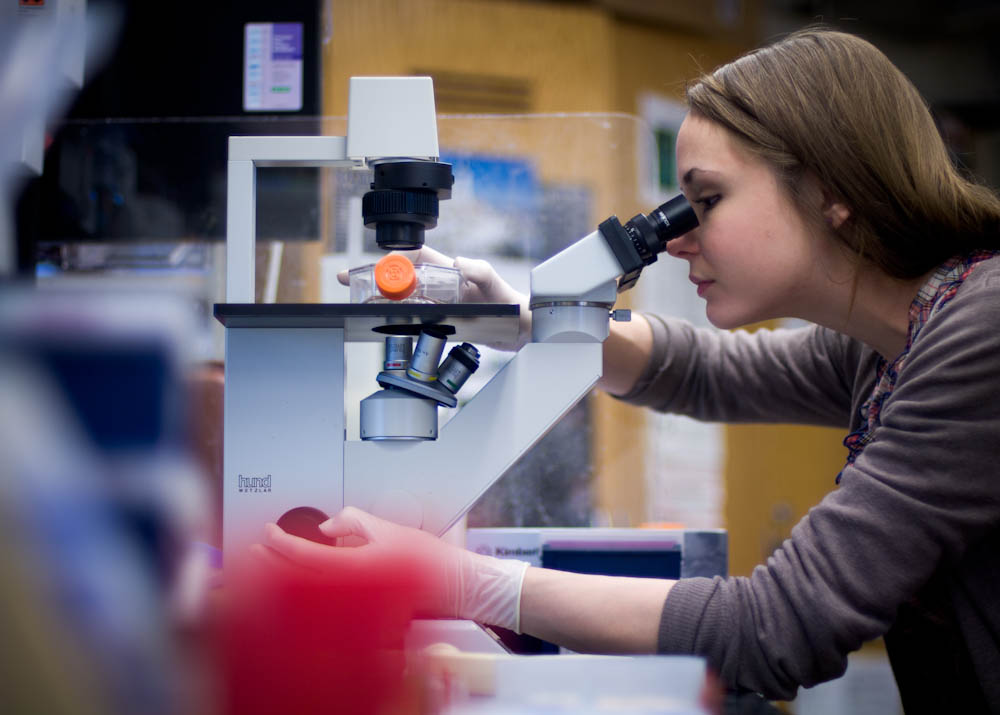 Another area where Dana-Farber research is propelling new advances against lung cancer is immunotherapy – a form of treatment that uses the body’s own immune system to fight cancer. More than a dozen years ago, Dana-Farber scientists reported that a molecule called PD-L1 on cancer cells inhibits the immune system from attacking the cancer. Clinical trials have shown that blocking PD-L1 with antibodies can stop or slow the growth of non-small cell lung cancers in some patients.

Surgical procedures for lung cancer are improving as well.  One study is exploring the effectiveness of video-assisted thoracoscopic surgery, in which surgical removal of cancerous tissue is performed through smaller openings in the chest. Other studies are examining stereotactic radiation therapy, which focuses radiation more tightly on the cancer and may produce less harm to healthy, surrounding tissue.

Because lung cancer treatment is more successful when the disease is caught early, researchers are studying a variety of imaging and screening techniques. One such technique, called low-dose helical CT scanning, which uses X-rays to obtain multi-image pictures of the entire chest cavity, has shown considerable promise.

Much research aims to stop lung cancer at its source – which, in too many cases, is cigarette smoking. A variety of stop-smoking programs – some based in the workplace, some in community centers – are being tested across the country.