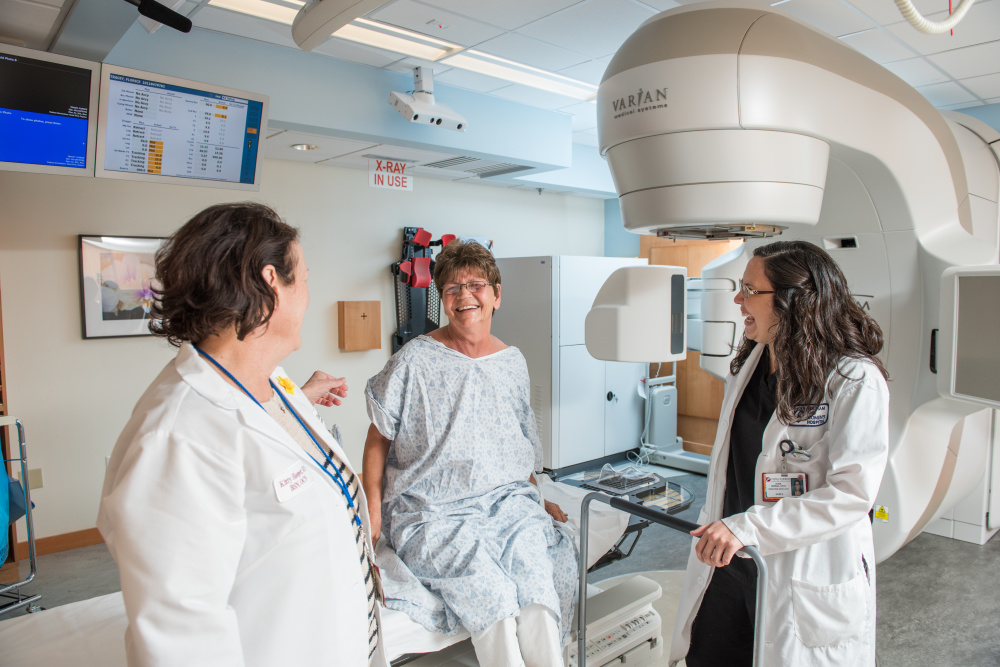 Along with chemotherapy and surgery, radiation therapy is one of the first lines of treatment for many cancers. But unlike other forms of therapy, radiation cannot be seen, felt, or heard during treatment, often making it difficult for patients to understand.

Radiation works by creating breaks within the DNA of cancer cells, preventing them from growing and dividing, and often causing them to die. It is often used to shrink tumors before they are subject to another form of treatment. Different cancers require different approaches to radiation, and may receive either external-beam radiation, delivered by a machine called a linear accelerator, or internal radiation therapy (brachytherapy), during which small pellets of radioactive material are placed directly in the body near cancer cells for anywhere from 15 minutes to several days.

When patients receive external-beam radiation to a tumor, the surrounding organs are often at risk of exposure due to treatment, which may cause side effects. For example, radiation for lung cancer may reach the healthy lung, esophagus, heart or spinal cord, and can cause problems such as lung inflammation, reddened skin, or painful swallowing. Radiation oncologists weigh the risk of side effects against the benefits of treatment before beginning any course of therapy, and technicians work to protect other organs by using beams at various angles and intensities to target tumors as closely as possible.

During treatment, which may last up to eight weeks, radiation oncologists use frequent imaging scans such as X-rays and CT scans to verify the position of the tumor and adjust targeting. Doctors use additional scans after therapy to assess the tumor’s size, as they often continue to shrink weeks after treatment ends.

Learn more about radiation therapy, including the course of treatment and safety, from our Department of Radiation Oncology in the presentation below.

What You Should Know about Radiation Therapy from Dana-Farber Cancer Institute
Tags: