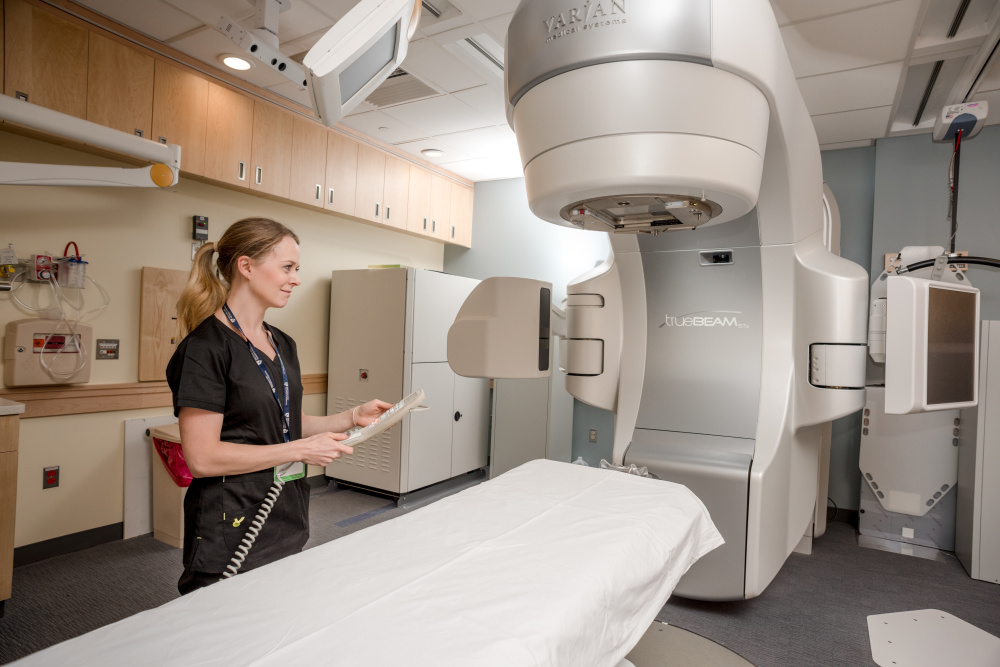 When breast cancer spreads beyond the breast to other parts of the body, such as the bones, brain, and/or other organs, it is called metastatic breast cancer. Depending on their location, metastatic cancer growths can cause pain and neurologic symptoms such as numbness and weakness.

Patients with metastatic breast cancer, which is treatable but not typically curable, often benefit from radiation therapy because it is very effective in controlling pain, according to Jennifer Bellon, MD, director of breast radiation oncology in the Susan F. Smith Center for Women’s Cancers at Dana-Farber.

“It can also help decrease neurologic symptoms such as weakness or numbness or cognitive problems when the cancer has spread to the brain,” Bellon says.

Radiation for metastatic breast cancer is typically palliative — meaning it is “not necessarily used to prolong life, but to alleviate symptoms,” says Rinaa Punglia, MD, MPH, a breast radiation oncologist in the Susan F. Smith Center.

To treat metastatic growths causing pain, a radiation beam is focused on a small area, which may need to be treated only one or several times. In certain cases, radiation therapy should be started quickly — for example, if tests reveal there is cancer in the bone that is close to the spinal cord, where it can cause neurological symptoms such as weakness, according to Punglia.

Metastases to the brain may be confined to one or two small areas or more widely distributed, and their location influences how radiation therapy is given. Ultimately, the options for targeted radiation depend on the number of lesions and location in the brain.

“We can give a very focused dose to a small area,” explains Punglia. “If the cancer is more diffuse, then we may radiate the whole brain.”

The latter situation is more likely to lead to side effects such as fatigue, hair loss, and difficulty concentrating.

The Susan F. Smith Center offers expertise and clinical trials in metastatic breast cancer that has spread to the brain. One current clinical trial is studying whether focused radiation can be as effective as whole-brain radiation in patients with five to 15 metastases while sparing regions of the brain most involved in cognitive functions such as memory.

“Increasingly, we have better technology for targeting areas more precisely, moving more toward our goals of improving quality of life while reducing side effects,” Bellon says.

Because of advances like this, radiation therapy is an important part of compassionate care that can enhance quality of life in women with metastatic breast cancer.