Osteosarcoma is a rare type of cancer that starts in the bones — particularly in osteoblasts, immature bone cells that form bone tissue. Osteosarcoma can develop at any age, but it occurs mostly in children and adolescents. Tumors can form in any bone but most often occur at the end of the long bones of the body, such as the knee, the hip and shoulder, where the bone grows quickly.

There are treatment options for osteosarcoma, and researchers at Dana-Farber/Boston Children’s Cancer and Blood Disorders Center are opening clinical trials in an effort to develop more options for patients.

What are the symptoms of osteosarcoma?

Symptoms of osteosarcoma include:

These symptoms do not always mean osteosarcoma but should be brought to the attention of a medical professional.

Who is at risk of developing osteosarcoma?

Some people are at a higher risk of developing osteosarcoma, such as:

How is osteosarcoma treated?

Chemotherapy is often given before surgery to decrease swelling around the tumor and to give the surgeon time to plan the most appropriate operation. After surgery, patients receive chemotherapy to kill any lingering cancer cells and to lower the risk of cancer coming back.

After chemotherapy, specialized surgeons — orthopedic oncologists — usually aim to remove the entire tumor. Most patients with tumors arising in the arm or leg can be treated with a limb-sparing surgery, during which the doctor removes the tumor and some of the surrounding healthy tissue from an arm or leg, and then replaces the removed bone and tissue with a graft of bone from a donor bone or sometimes from the patient’s own body. Alternatively, a metal implant may be used to replace the bone.

Sometimes it is not possible to remove the entire tumor and reconstruct the bone and soft tissue. This can happen when the tumor is very large or when it involves vital structures like major blood vessels or nerves, or when a patient is so young that the reconstruction would not be able to make up for all the remaining growth in the limb. In such cases, an amputation is performed and the patient is fitted with an external prosthesis after surgery. Less often, radiation therapy is used when a small amount of cancer cells remain after surgery.

Rotationplasty, a partial amputation that preserves a cancer-free lower leg and foot, is another option. This surgical option allows the child to maintain an active lifestyle, including high-impact sports, and often preserves a longer limb than with standard amputation.

What is the latest in osteosarcoma research?

Research studies are underway to discover master regulators in osteosarcoma, which are key processes that the cancer cells rely on to survive.

One trial is comparing standard chemotherapy, ifosfamide and etoposide, given alone, to ifosfamide and etoposide given with lenvatinib, to see if adding this drug improves outcomes with the standard treatment. Both the lenvatinib and the chemotherapy have already been shown to have some effectiveness in osteosarcoma. The question the international trial is asking is whether they work better when given together. “We’re interested in allowing as many eligible patients with osteosarcoma that has come back or progressed and cannot be removed by surgery to participate,” Janeway says.

Janeway is the lead investigator on a second trial funded by the Osteosarcoma Institute. It is evaluating two drugs that have not been tried in osteosarcoma previously. One is olaparib, a PARP inhibitor, which is used to treat ovarian, breast, and prostate cancer, in combination with ceralasertib, a targeted drug that inhibits a kinase called ATR.

“We’re interested in studying this combination in osteosarcoma because osteosarcoma shares, with breast, prostate, and ovarian cancer, marks or scarring on its DNA that predict the activity of these drugs,” says Janeway.  “Any patient with osteosarcoma that has come back or recurred is able to enroll.”

“Osteosarcoma is an unmet medical need due to a lack of progress in the past 40 years, and these two trials are part of a large number of things we are doing in an attempt to change that,” she adds.

Finally, studies are evaluating and comparing function and quality of life in patients who have had limb salvage surgery, amputation, or rotationplasty. 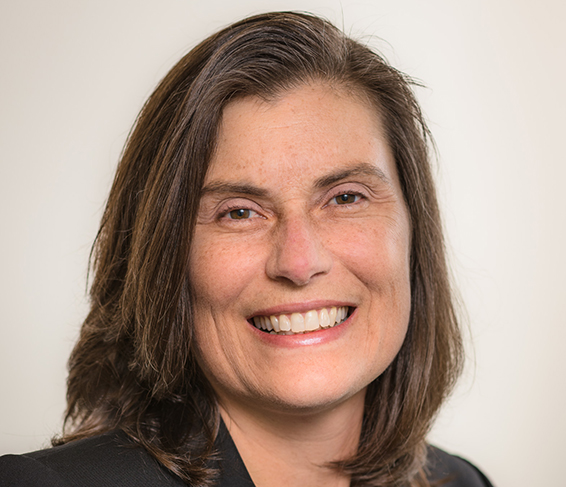 In 2007, Dr. Janeway joined the staff of Dana-Farber and Children's Hospital, Boston, where she is a pediatric hematologist-oncologist and investigator with a research focus of pediatric sarcomas.