The automatic budget cuts (or sequestration) that went into to effect as a result of the Budget Control Act of 2011, could have a chilling long-term effect on scientific research in the United States.

The automatic cuts will slash 5.1 percent – or about $1.6 billion in 2013 alone – from the budget of the National Institutes of Health (NIH), which is the principal funder of biomedical research in the United States, and the National Cancer Institute (NCI), which is a major supporter of research at Dana-Farber. 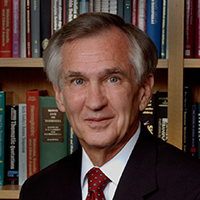 The immediate effect for Dana-Farber is uncertain. In the short term, Dana-Farber can weather the potential reductions in federal research funding under the 2013 budget cuts, but in the long run, some scientists may struggle to keep their laboratories running amid uncertain prospects for federal grants. Funds that might otherwise be available for exciting new “out-of-the-box” research will be needed instead for sustaining our basic research needs.

With more than 1.6 million Americans expected to receive a cancer diagnosis in 2013 and more than 570,000 who will succumb to this devastating disease, cancer research and biomedical science must remain a strong national priority.

If we continue to undercut our national investment in medical research, we not only will deny hope to millions of patients and their families, but we also will jeopardize our standing as a world leader in medical research, weakening our ability to compete in the global innovation-based economy of the 21st Century.

Francis Collins, the NIH director, has said he fears the cuts could cause the nation “to lose a generation of young scientists.” Freezes and small increases over the past decade have already lowered the chance of research grants being funded to about 1 in 6, he was quoted as saying. “The sequestration cuts will lower those chances even more —  a lot of good science just won’t be done.”

If we are to address the health challenges of an aging and increasingly diverse population, and remain a vibrant force in the global economy, America needs more investment in medical research and the health care workforce, not less.