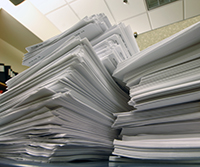 News about advances in cancer research and treatment appears almost daily. The pace at which new findings are reported, coupled with the complexity of the underlying science, can make it difficult to know which studies are truly significant and which are less so. It’s easy to become confused when reports seem to have varying conclusions.

Here are some tips for becoming a savvy consumer of cancer news.