When Dana-Farber Cancer Institute was founded as the Children’s Cancer Research Foundation in 1947, childhood cancer was almost universally fatal. In the years since, as Dana-Farber’s researchers and clinicians have helped dramatically raise survival rates for many pediatric and adult cancers, its campus in Boston’s Longwood Medical Area has grown as well.

Patients are the motivation for each new building that rises at Dana-Farber, and in the case of two recent structures, are even immortalized within – thanks to special bonds formed during their construction. 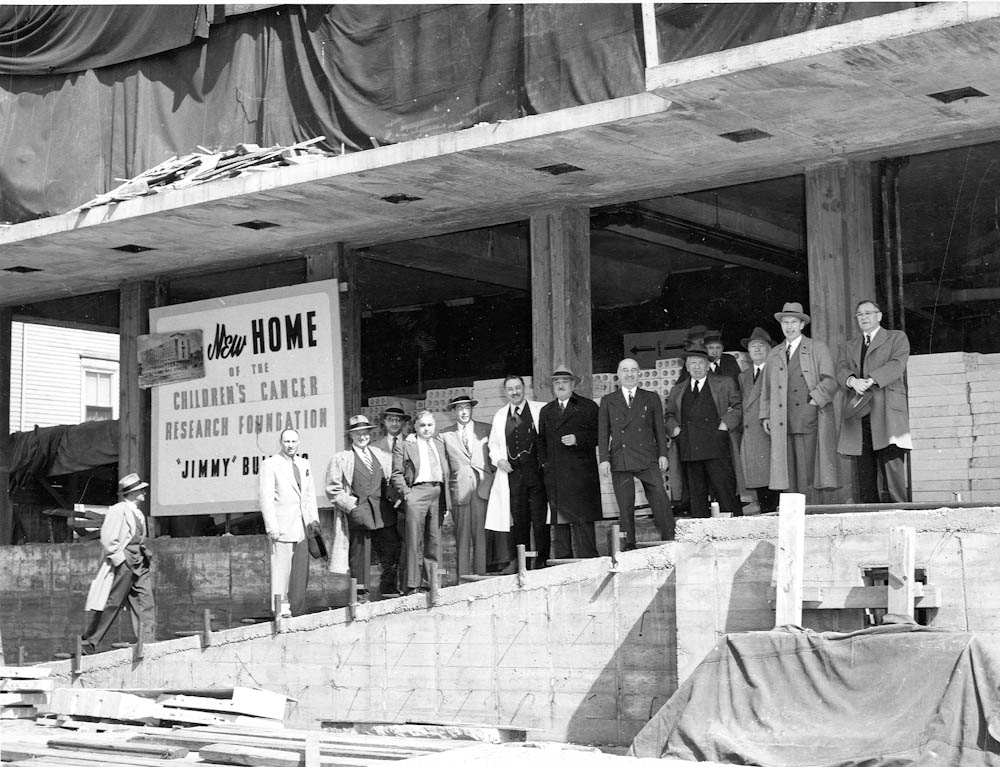 After years of working first in a tiny basement laboratory and then in an apartment building, founder Sidney Farber, MD, was able to move his growing Children’s Cancer Research Foundation (CCRF) into a brand-new four-story building of its own in 1952. Shown here with CCRF leaders during its construction, Farber (at center in white lab coat) designed a facility where young patients were treated on the lower floors while researchers worked above them to uncover the mysteries of cancer. 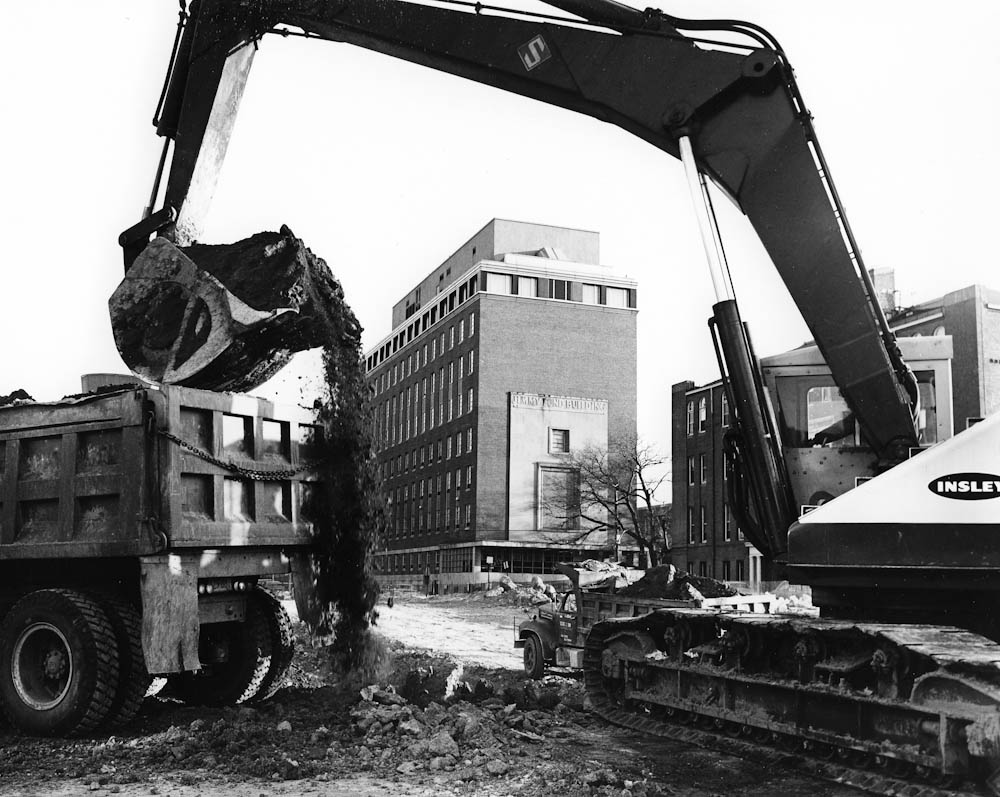 By the time construction on the Chares A. Dana Research Laboratories began at the CCRF in 1970, the Jimmy Fund Building (framed here by the bulldozer) had doubled in size. This was still not enough space to satisfy the CCRF’s growing patient population, which now included adults as well as children. The Dana building, with its 17 floors, helped tremendously. 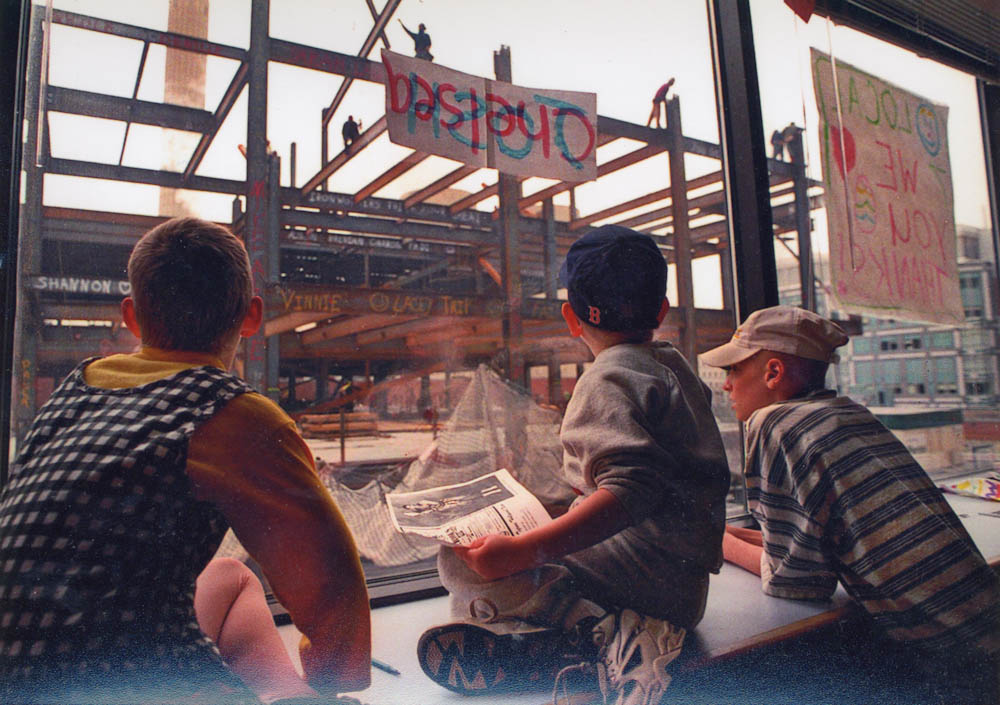 Young patients in the Dana building’s Jimmy Fund Clinic could watch from across the street as the Richard A. and Susan F. Smith Research Laboratories rose on the Dana-Farber campus in 1996. What resulted was a made-for-Hollywood gesture; as children (including Danny Pardi, at center in baseball cap) posted their names in the clinic’s windows, iron workers wrote the names on steel beams forming the new structure. Hollywood eventually did come calling, turning the story into a movie trailer starring Pardi that was shown at theatres to spur gifts to Dana-Farber. 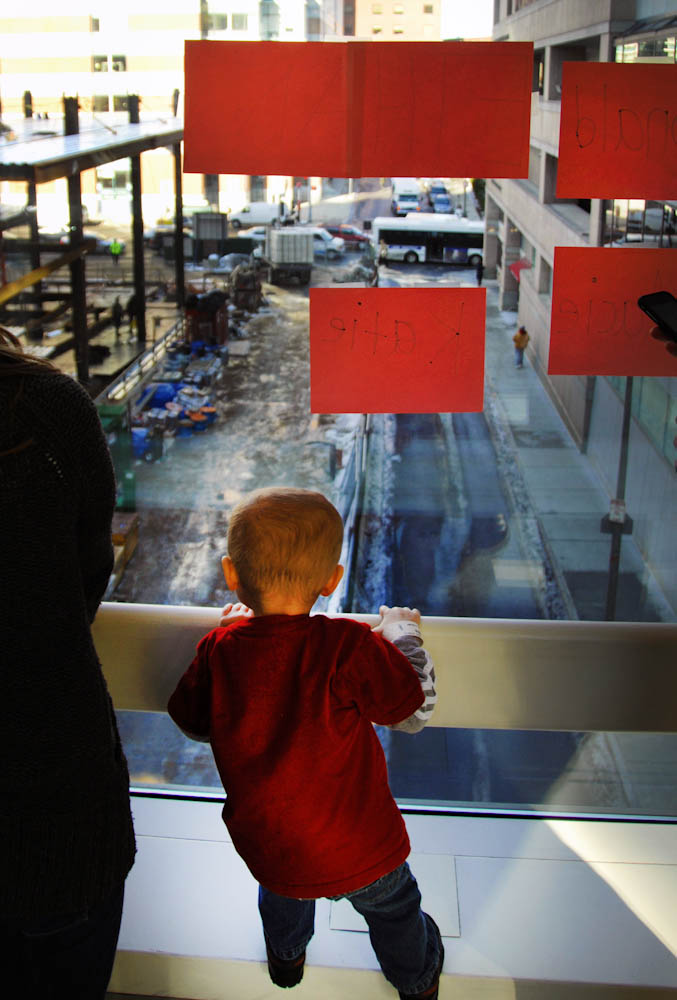 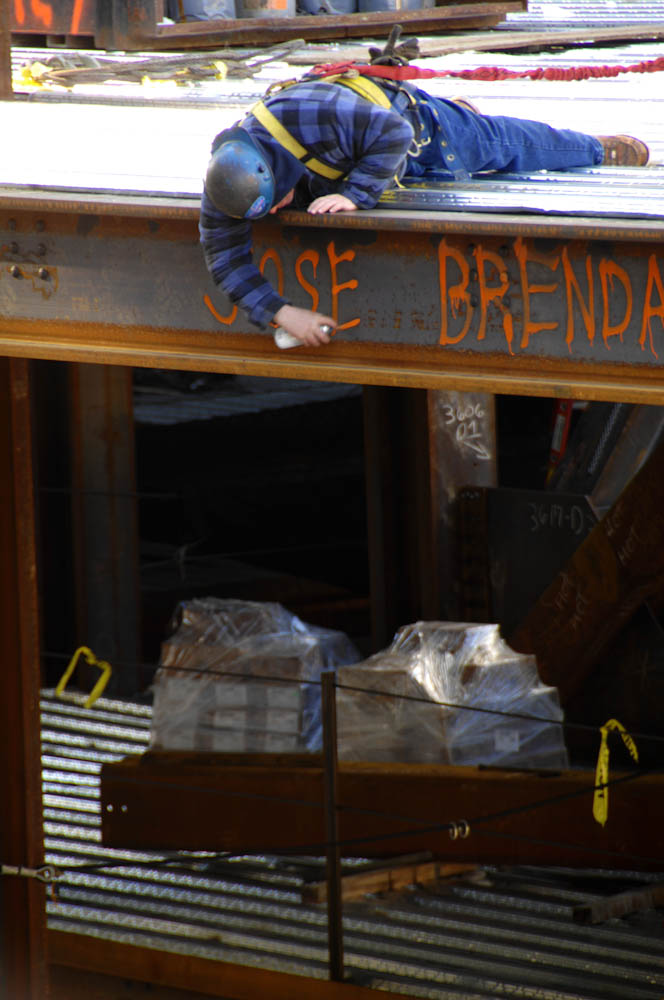 The bond between the ironworkers and young cancer patients resonated so powerfully with the public and those involved that it was repeated during construction of the Yawkey Center for Cancer Care beside the Smith Building more than a decade later. Once again, young Jimmy Fund Clinic patients posted their names in the windows, hoping an ironworker would immortalize them on a beam. They did, along with the names of many adults with ties to Dana-Farber as patients or supporters.

In addition to recording the names of patients on the beams, the ironworkers also took to “passing the hard hat” for gifts in support of research and treatment at Dana-Farber. 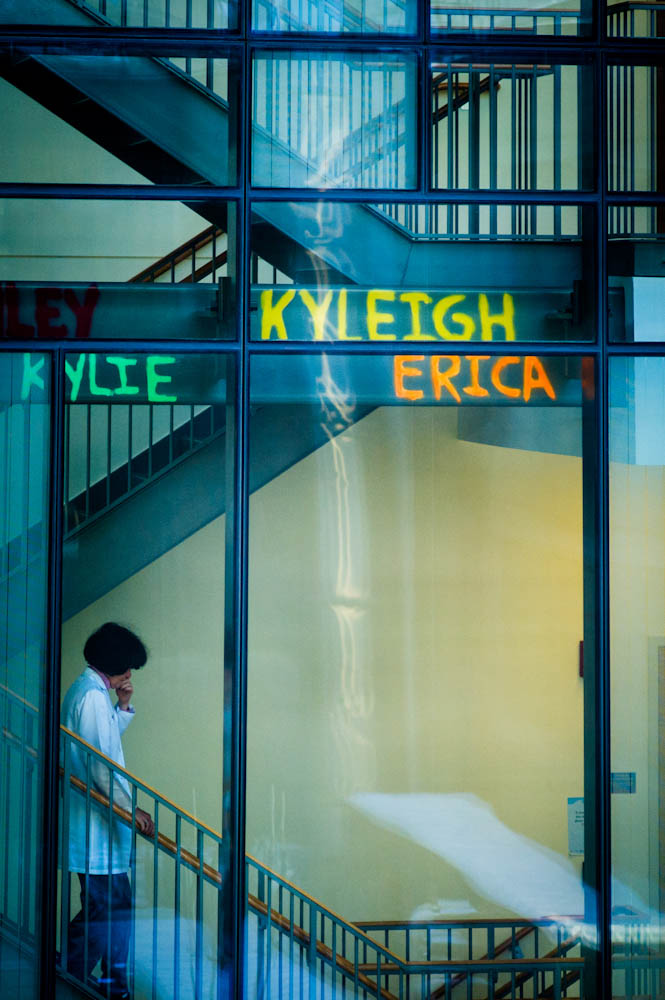 Today, with the Yawkey Center long since completed, some of the names commemorated by the iron workers remain visible to all who enter the center – a reminder to the researchers, clinicians, and support staff working there about the mission of Dana-Farber.