Gestational Trophoblastic Disease (GTD) is a rare disease where a group of tumors develops in the uterus after conception, leading to abnormal development of the placenta. It affects about 1 in 1,000 pregnancies. More than 80 percent of GTD cases are non-cancerous and all forms can be treated, with the majority of cases curable.

Physicians with the New England Trophoblastic Disease Center at Dana-Farber/Brigham and Women’s Cancer Center (DF/BWCC), affiliated with the Susan F. Smith Center for Women’s Cancers at Dana-Farber, have produced more than 300 original research reports and publications on GTD, which continue to help improve prevention, early detection, and treatment of the disease. The Center has also put together the largest gestational trophoblastic cancer registry in the United States, providing insight into the long-term effects of GTD treatment, including fertility.

Are there different types of GTD?

There are three main types: 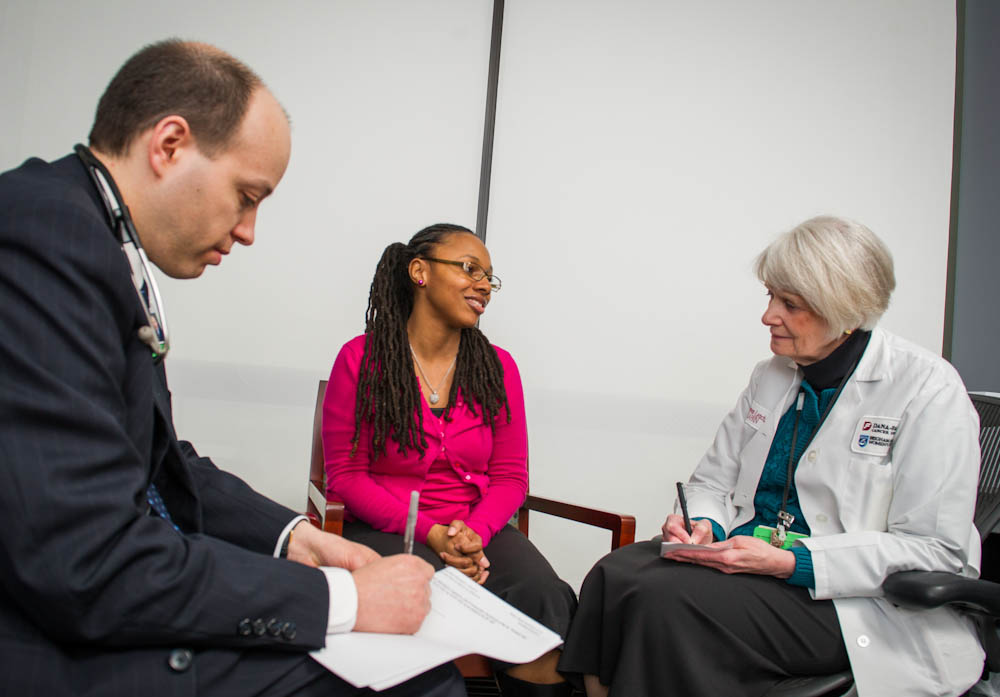 What are the risk factors for GTD?

Doctors are not always able to explain why a woman develops GTD, but risk factors can include:

What are the symptoms of GTD?

The most common symptoms of GTD are feeling pregnant and vaginal bleeding. Other symptoms can include:

In some cases of choriocarcinoma, women may be symptom-free until the disease affects other organs.

How is GTD treated?

After the diagnosis, the uterine contents are removed by suctioning (also called dilation and evacuation). If the tumors are benign, the patient is monitored for six months. Older patients who have completed childbearing may undergo a hysterectomy to reduce the risk of malignancy.

If the GTD is malignant, treatment will depend on the stage of the disease and any risk factors. The three kinds of treatment commonly used for GTD include chemotherapy, radiation therapy, and hysterectomy.

Gynecologic oncologists are also evaluating novel, targeted therapies through clinical trials. A list of Dana-Farber trials is available here and a national list is available at clinicaltrials.gov.

Is pregnancy possible after GTD?

Most women who have had a single incidence of GTD can go on to have normal pregnancies.

After chemotherapy is completed, women should postpone pregnancy for 12 months while they are monitored to make sure the tumor does not recur.

For more information, visit the website for the New England Trophoblastic Disease Center.