The language used to talk about cancer often focuses on battle words – those who are cured “won” or “survived,” while those who die from cancer “lost” their “fight.” But is cancer really something to be won or lost? 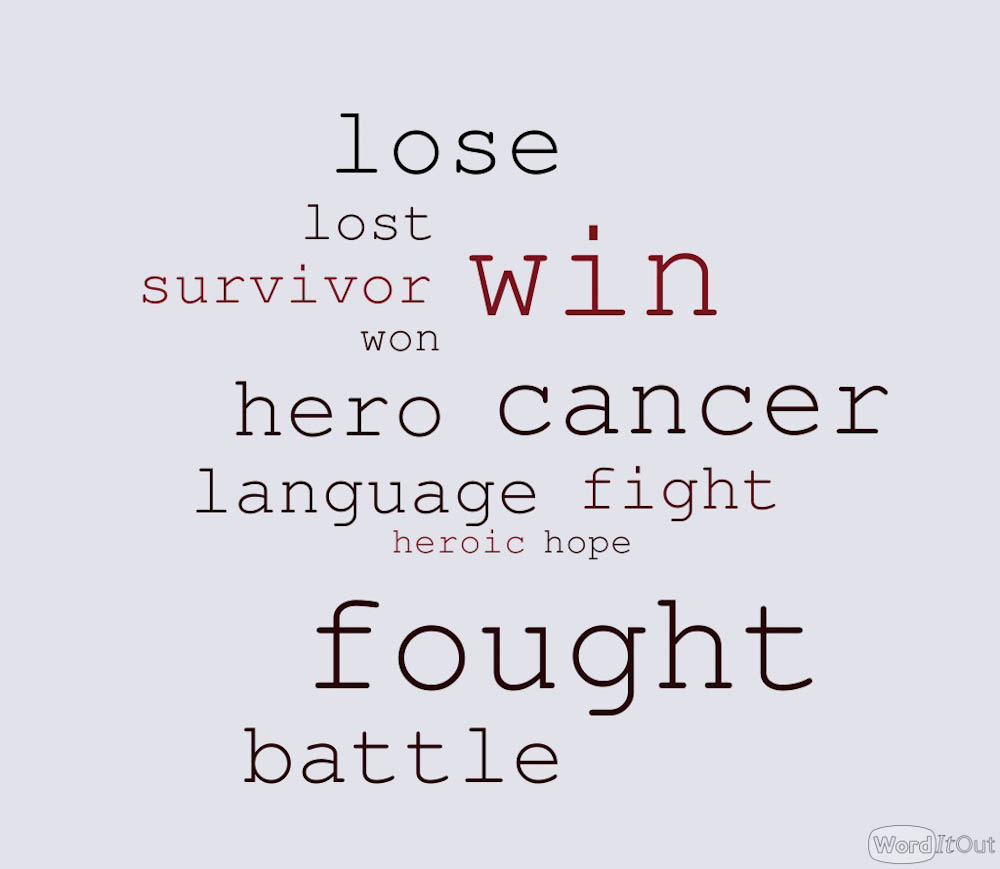 Young adults with cancer discussed these phrases and others during the recent Young Adult Cancer Conference hosted by the Young Adult Program at Dana-Farber. Labeling your cancer, and yourself as a patient or survivor, is often one of the most challenging aspects of the cancer experience, they said.

Loved ones and those without cancer often consider cancer patients “heroes,” but, as one young adult put it, “I don’t feel very heroic when I’m going through treatment; I just take my medications and do what I’m told to do.” Another young woman added: “The intention is, ‘you inspire me; it inspires me to watch you survive,’ but they don’t do a good job at expressing that.” Being labeled as a hero may put undue pressure on patients or make them feel like they aren’t allowed to look sick or express negative emotions about their experience.

For many patients, there are also conflicting feelings about the term “survivor.” Some patients feel it is acceptable to use the word within a group of your peers who are also experiencing cancer. But when people who are not patients use the term, it can create a sense of “survivor’s guilt” for those who have had friends die from their disease. The word can also create anxiety for those who were cured or have no evidence of disease and may feel they have to act a certain way.

“I feel like the term survivor is so confusing,” remarked one young adult. “Dying isn’t losing; cancer isn’t a game.”

These terms become even more complicated for those with cancers considered to be chronic, or for individuals whose cancer was cured or has gone into remission, but who still feel the emotional impact of the cancer experience.

What do you think of the terms usually associated with cancer? What words do you prefer to use for someone coping with cancer or who has finished treatment? Let us know in the comments section below.

24 thoughts on “Survivor, Hero, Battle: The Complicated Language of Cancer”