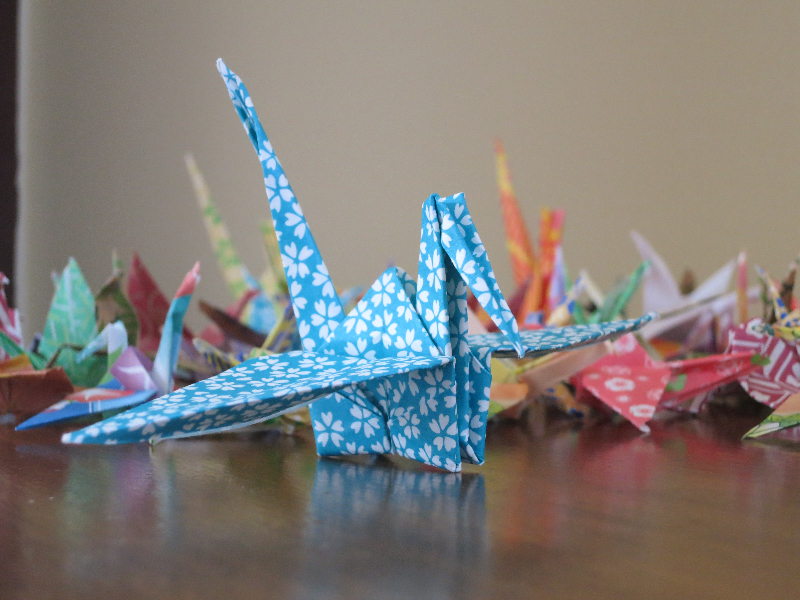 When the Pfeifer family boarded a plane to Chicago in 2012, 996 paper cranes took flight with them.

Nine-year-old Anna Pfeifer had learned a Japanese legend in school: whoever folds 1,000 origami cranes will be granted one wish. After learning that her grandfather had stage IV colon cancer, Anna set out to fold 1,000 cranes and raise money for cancer research. When she finished, she would pass her one wish on to her grandfather, Mike Meehan.

“In third grade, Anna would come home and diligently make these cranes every day,” says Vicki Pfeifer, Anna’s mom. Word of the project traveled around Anna’s hometown of Kensington, New Hampshire. Soon, neighbors and friends were leaving paper cranes on the Pfeifer’s doorstep, and Anna’s teacher set aside an afternoon for her classmates to fold cranes with her.

In May 2012, Anna packed up her paper cranes with a plan to surprise Meehan at their family reunion in Chicago. She presented Meehan with a photo-book documenting The Crane Project, while the 996 birds waited to be discovered in his hotel room. “I was shaking like a leaf,” Anna recalls, “but my grandfather had a big smile on his face.” After discovering the cranes in his room, Meehan completed the flock by folding the 1,000th himself.

Meehan passed away in April 2013, but Anna and her family continue the project in his honor. In addition to raising money for cancer research, they hope to spread courage and cheer with each pair of crane earrings they sell at local businesses in New Hampshire and Massachusetts, including “trunk shows” at Dana-Farber.

Meanwhile, thirteen-year-old Anna is exploring a new role as a youth motivational speaker. She returned to Kensington Elementary School last spring to present to the students and read the legend of the paper cranes in several classrooms. She also presented in front of her middle-school peers about the power that young people have to make a difference. Anna’s speeches inspired a local family to donate authentic origami paper from Japan, and a furniture company to deliver a generous check for Dana-Farber along with the Pfeifer’s new couch.

Anna carves out time to craft her crane earrings between field hockey practices and choir rehearsals, with the help of family and friends who share her wish to someday find a cure. Recently, she redesigned The Crane Project logo to illustrate a crane emerging from rays of sun in a water-colored sky.

“My dad passed away just before first light,” explains Vicki. “The logo represents the sun coming up and the hope of a new day.” 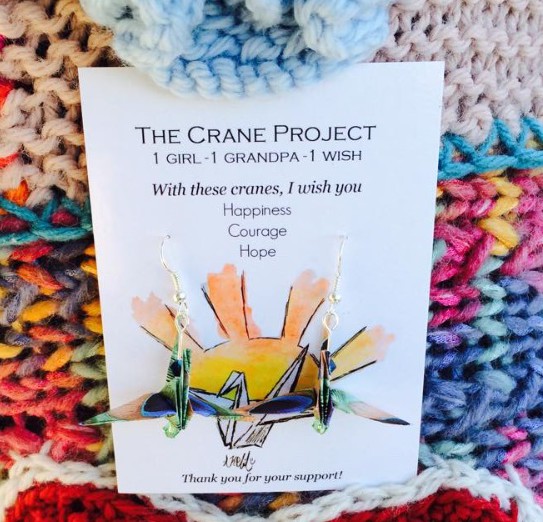 1 thought on “Crane Project Fights Cancer with Creativity and Courage”