When a clinical trial shows that a new treatment is no better than the standard, it can be disappointing. But such outcomes yield valuable, potentially lifesaving information.

Trials can “fail” if the experimental therapy doesn’t work better than current treatments. 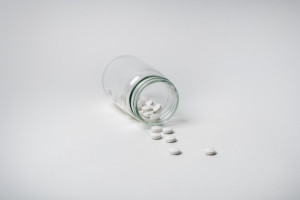 These “negative” outcomes are important for several reasons. They can spare patients false hope or exposure to potentially harmful drugs with no value, and they can save researchers time and money spent pursuing treatments that are ineffective or too toxic.

Knowing why a therapy failed may lead scientists to tweak drugs to be more effective, or try them in certain subgroups of people.

Many common medical treatments become widespread without having been evaluated in clinical trials.

For example, it had long been common practice for women with early-stage breast cancer to have axillary lymph node dissection – removal of lymph nodes near the breast – in an effort to prevent the cancer’s spread. This procedure can lead to arm swelling known as lymphedema and other painful side effects. But clinical trial results published in 2011 revealed that women who had had their lymph nodes removed didn’t survive longer than those who didn’t have the procedure. These negative findings quickly led to a 50 percent drop in use of the procedure in such patients, according to a report published in 2016.

Another recent study looked at a series of large cancer clinical trials conducted in the U.S. between 1985 and 2014. About 30 percent of the trials had positive results – meaning the experimental therapy was shown to be effective. The researchers found that the positive-results trials initially had more impact, and were cited more frequently than negative-results trials by other researchers. But when they listed all “secondary” articles that referred to the clinical trial results – meaning, the articles discussed what could be learned from the trials’ outcomes –negative trials were cited almost as often as positive trials. It’s a reminder that participating in clinical trials is important regardless of the outcome.

The only really worthless clinical trials, researchers say, are ones that don’t recruit enough participants to reach a meaningful answer to whether a treatment works or does not.