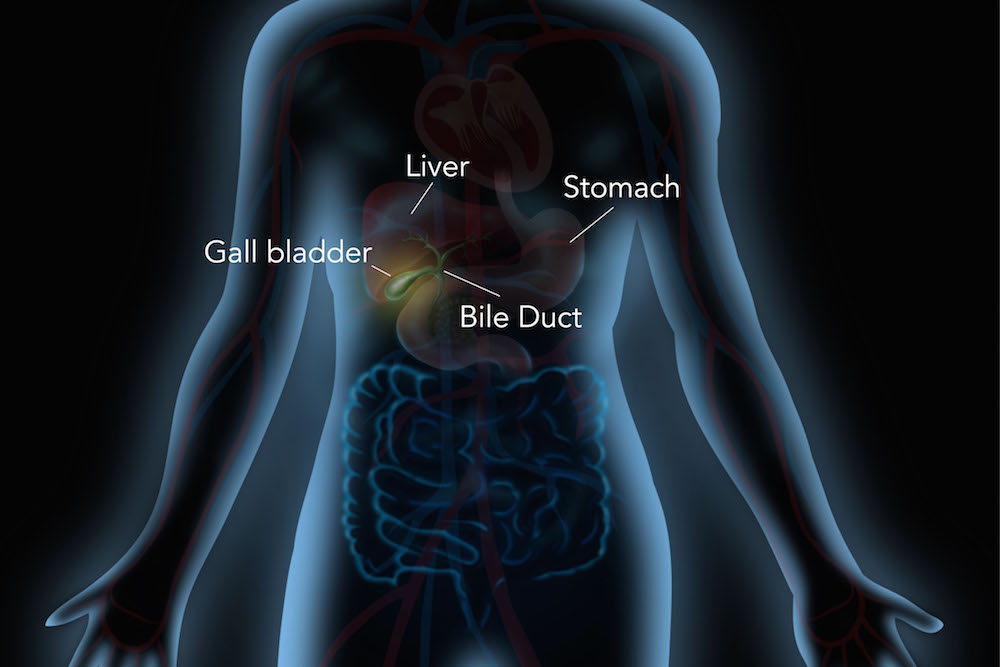 The gallbladder is a small, pear-shaped organ found under the liver. It is made up of a combination of cholesterol, bile salts, and a yellow pigment called bilirubin.

After bile is produced by the liver, it flows into the gallbladder and is stored there. When you eat, the gallbladder then releases the bile into the bile duct. The bile flows from there into the upper part of the small intestine. Throughout the digestive process, bile helps to break down fat in food.

Gallbladder cancer is a form of biliary cancer, which occurs when there are malignancies in the gallbladder or bile ducts. Biliary cancers are relatively rare – approximately 10,000 cases in the United States are diagnosed per year – but most cases are not detected until the cancer has reached an advanced stage.

Although symptoms of gallbladder cancer don’t show symptoms early on, there are some signs to look out for. The main symptom is a constant pain in the upper part of the abdomen, radiating from there towards the back. Other signs include yellowing of the skin and eyes (jaundice), dark yellow urine, unexplained weight loss, loss of appetite, vomiting and/or diarrhea, or general itchiness caused by blockage in the bile duct.

The earlier a gallbladder cancer is diagnosed and treated, the better chance there is of recovery.

Learn more about biliary cancers from the Pancreas and Biliary Tumor Center of Dana-Farber/Brigham and Women’s Cancer Center.