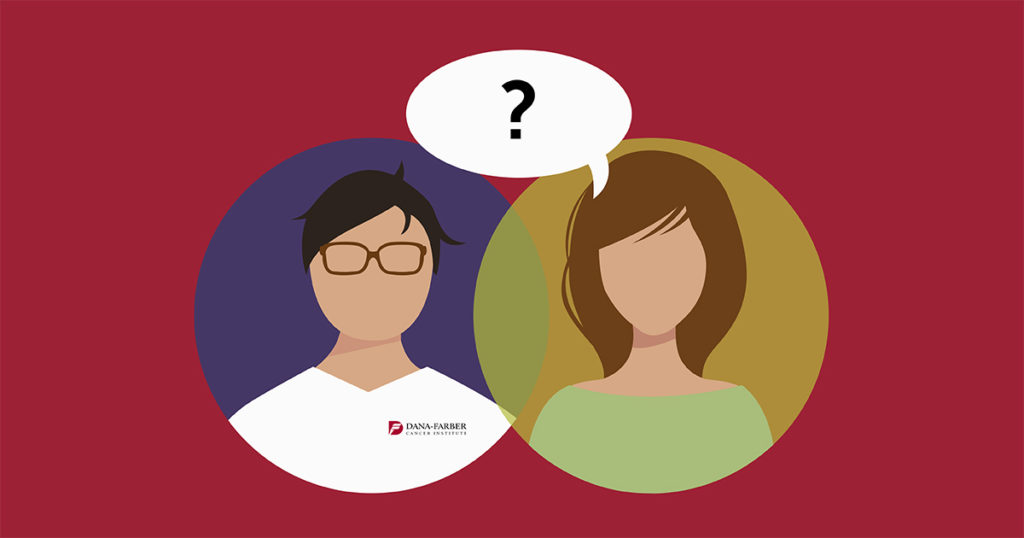 The first treatment a patient receives for cancer is generally the one his or her oncologist believes has the best chance of curing the disease or holding it in check. But the time may come when it may be appropriate to make a change in the therapy.

In the best case scenario, a patient’s cancer is cured and treatment isn’t needed any longer. But some scenarios may require a change in therapy along the way to optimize for what is most successful – or provide comfort when needed.

Some regimens involve combinations of drugs given in sequence; one agent is started after the previous one is discontinued. Another possibility is that a newer, better treatment becomes available, prompting a shift in strategy.

Other times, a change becomes necessary because of a patient’s bad reaction to chemotherapy or because of other side effects of treatment that become dangerous, such as very low blood cell counts that increase the risk of infections. In these cases, it may be possible to reduce the dosage or try another drug.

However, it’s not uncommon for the initial treatment to stop working because the cancer cells become resistant to the drug, resulting in the cancer reappearing or continuing to grow and spread. In many cases, the oncologist can switch to a different drug that also has proven effective for that cancer. Another option, in many cases, is to enroll the patient in a clinical trial of an experimental therapy that is being tested for that type of cancer.

When the cancer is worsening despite all treatments, and few options remain, difficult decisions must be made by the patient, family, and care team – all of whom should be involved in discussing what course to take, says Rachelle Bernacki, MD, MS, a psychosocial oncology and palliative care specialist at Dana-Farber. She says patients should articulate what goals are most important to them.

“For example, if you become sicker, how much are you willing to go through for the possibility of gaining more time?” Bernacki says.

Most patients have not had discussions with their physicians about end-of-life care, according to surveys conducted by the Massachusetts Coalition for Serious Illness Care. Bernacki has helped develop programs that guide health care providers in conversations with seriously ill patients.

Palliative care can often enhance a patient’s life and may even contribute to longer survival, studies have shown. Discussions with palliative care experts can happen at any point during treatment and often involve common issues associated with illness and treatment, such as nausea, fatigue, pain, loss of usual daily activities, and changes in appearance.

“We want to put the word out that palliative care is available at point from diagnosis onward – it’s not just for the end of life,” Bernacki says.