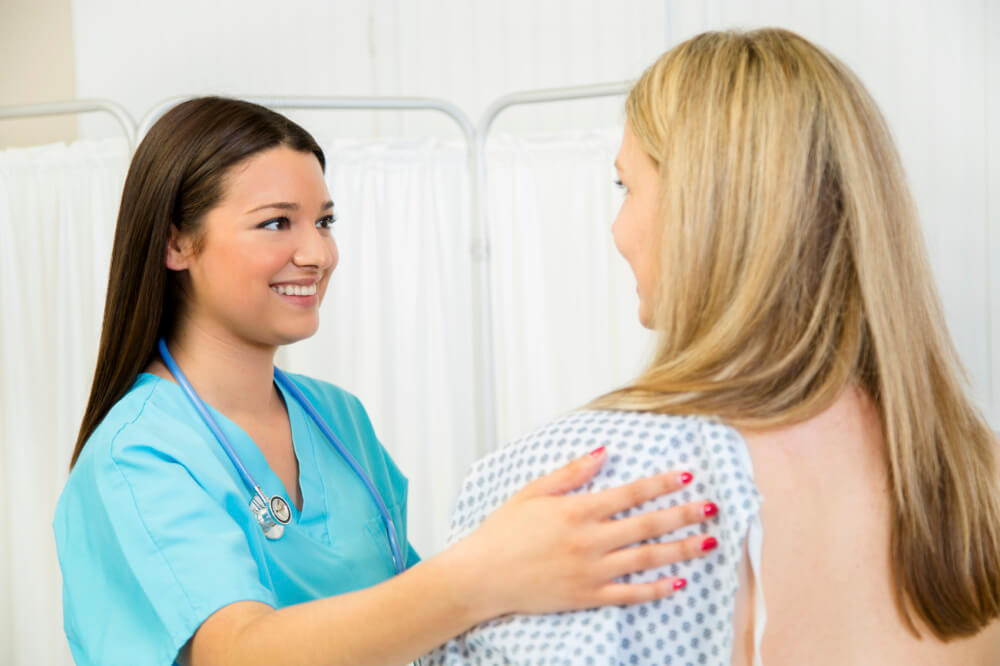 A lumpectomy “seed” technique is proving to be more comfortable and convenient for some patients with non-palpable breast cancers.

Lumpectomies involve surgical removal of cancer in the breast with a rim of normal tissue. If the cancer has been detected by a mammogram or ultrasound and is not palpable — meaning, it cannot be felt — a localization procedure is required to assist the surgeon in removing the cancer. Rather than inserting a localizing wire, this new technique involves placing a radioactive pellet, or “seed,” in the breast next to the tumor. This method has become preferable for some patients.

“Studies have shown that surgical outcomes, such as the amount of tissue removed and the rate of obtaining ‘clear’ margins of tissue around the tumor, are just as good with the seed method and it is more desirable for patients,” says Tari King, MD, chief of breast surgery at the Susan F. Smith Center for Women’s Cancers at Dana-Farber/Brigham and Women’s Cancer Center.

Both approaches enable the surgeon to zero in on the site of the tumor so it can be removed. But the seed method holds several advantages for patients.

For one, when a localizing wire is used it is inserted on the morning of surgery, and hours may elapse before the operation actually begins. The localizing wire sticks out from the breast and must be carefully secured with a bandage so it doesn’t become dislodged during this waiting period.

The seed, by contrast, can be implanted up to five days before surgery. Patients do not need to take any special precautions, as the amount of radioactivity in the seed is very low, and they can arrive at the hospital closer to their scheduled surgery time. Because the seed is nestled entirely within the breast, it doesn’t shift around the way a localizing wire can.

During the operation, the surgeon uses a small Geiger counter to locate the seed and remove the tumor and a rim of surrounding tissue, including the seed.

Pediatric nurse Amy Smyth had a lumpectomy with wire localization in 2010 and one with seed localization several years later. She recalls the discomfort of having a wire in her breast and the hours-long wait for surgery as the wire dangled from her robe. The seed technique was more comfortable and convenient, she said, as she had the option of having it implanted several days before the operation. “If I had a choice, I’d definitely choose the seed,” she said.

Her experience is echoed by Ellen Geminiani, MD, a family physician affiliated with Boston Children’s Hospital. She had a wire-guided lumpectomy in 2015 and a seed-guided one the year after.  The seed technique offered more flexibility as it didn’t require a multiple-hour stay in the hospital, and the placement of the seed was somewhat faster than the positioning of the wire. “There’s always anxiety when you go in for a hospital procedure,” she said, “so anything that simplifies the process is helpful.”

Learn more about treatment for breast cancer from the Susan F. Smith Center for Women’s Cancers.