Receiving the news that something abnormal has turned up on a routine mammogram can be frightening, but breast calcifications are usually harmless. In rare instances, they can be an early sign of breast cancer, though calcifications themselves do not develop into cancer.

What are breast calcifications?

All cells in the body have a life span; the cells that line the milk ducts of the breast only live for so long. Breast calcifications, or small calcium deposits in breast tissue, are signs of cellular turnover – essentially, dead cells – that can be visualized on a mammogram or observed in a breast biopsy.

Calcifications are generally harmless and are often a result of aging breast tissue. On rare occasions, however, calcifications can be an early marker of breast cancer.

How are breast calcifications detected?

Calcifications are a common find on a mammogram, with increasing prevalence after the age of 50. There are a variety of causes for calcifications, including:

Calcifications, unlike lumps, cannot be detected using touch. They can only be found using mammography or, rarely, ultrasounds.

What is the relationship between breast calcifications and cancer?

During a mammogram, calcifications appear as small white dots in the breast tissue. When they appear to be scattered and similar in appearance, they are usually benign (or harmless) and a biopsy or further testing is not needed.

If the calcifications are tightly clumped together, look different from one another, or have a linear appearance, a radiologist may recommend a follow-up mammogram or a biopsy.

The follow-up mammogram is used to take a closer look at the concerning calcifications to better determine if they are benign or in need of further testing. If deemed necessary, a biopsy will be recommended to check for underlying cancer. Most of the time, the biopsy will show that the calcification is not cancer.

If the calcifications are confirmed to be benign, which is most often the case, the patient can then return to their regularly scheduled mammograms.

In some cases, calcifications on a mammogram represent the earliest form of breast cancer, which is called ductal carcinoma in situ (DCIS). In DCIS, the cancerous cells are in the breast’s milk ducts. DCIS is very treatable and highly curable – but in some cases, if left untreated, it has the potential to become invasive breast cancer.

Learn more about your risk of breast cancer from the Breast Cancer Personalized Risk Assessment, Education and Prevention (B-PREP) Program at Brigham and Women’s Hospital. 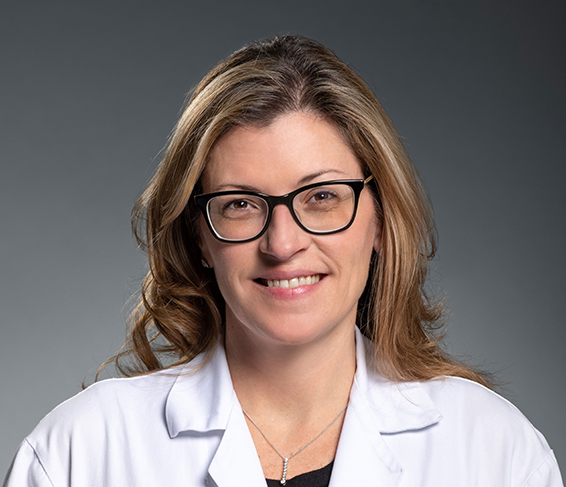 Dr. Tari A. King is the Anne E. Dyson Professor of Surgery at Harvard Medical School, the chief of the Division of Breast Surgery and the associate chair of multidisciplinary oncology in the Department of Surgery at Brigham and Women's Hospital, and the chief of breast surgery at Dana-Farber/Brigham and Women's Cancer Center. She is also the director of the Breast Cancer Personalized Risk Assessment, Education and Prevention (B-PREP) Program at Brigham and Women's Hospital. Dr. King received her medical degree from University of Colorado Health Sciences Center and completed a general surgery residency at Ochsner Clinic Foundation Hospital (now Ochsner Medical Center) in New Orleans. Dr. King completed both a surgical research fellowship and a breast surgery clinical fellowship at Memorial Sloan Kettering Cancer Center. Her clinical and research efforts focus on improving clinical management strategies for women at high risk of developing breast cancer with a special emphasis on lobular carcinoma in situ and atypical hyperplasia. She also has an interest in the role of surgery in stage IV breast cancer and through the Translational Breast Cancer Research Consortium (TBCRC) she successfully initiated and completed accrual to a multi-center trial addressing this issue.

She has received several awards to support her work on high-risk breast lesions, including the Society of Surgical Oncology (SSO) Clinical Investigator Award in Breast Cancer Research (2008), a Career Catalyst Award (2009), an Investigator Initiated Research Award (2012) and a leadership grant from the Susan G. Komen for the Cure Foundation (2016). Most recently she was awarded a BWH Precision Medicine Award (2018-19).

Dr. King currently serves on the Steering Committee for the TBCRC, the NCI Breast Oncology Local Disease Task Force and the 2019 AACR Cancer Progress Report. She is also a member of Executive Council and the chair of the Quality Committee for the SSO.