When Jessica Audette looks at her daughter, Samantha, and son, Jacob, she finds herself overwhelmed by feelings of love, pride, and joy. And there’s a reason she refers to them as her “miracle children”—Audette is a neuroblastoma survivor, and it wasn’t always clear that she would be able to have kids.

In 1974, a pediatrician thought 15-month-old Jessica Audette, now 45 years old, could have a kidney tumor. Both Audette’s mother and the pediatrician weren’t confident in the initial diagnosis, and their concerns were later validated when a second opinion at Dana-Farber/Boston Children’s Cancer and Blood Disorders Center revealed she had an abdominal neuroblastoma, a cancer that arises in immature nerve cells.

Audette doesn’t remember her treatments—her records state that she underwent two years of intensive chemotherapy, surgery, and radiation therapy—but the scar on her abdomen serves as a reminder of all she’s been through.

Audette doesn’t believe anyone has a “normal life,” but after treatment ended, she went back to living the life of an average kid. As she got older, she continued learning about neuroblastoma; now 42 years in remission, she said the hardest part was not always having answers to her questions.

For a long time, that list of questions included whether her treatment would prevent her from having children of her own. Almost two decades ago, she finally got her answer with the birth of her daughter, now 19. Eight years later came her son Jacob, now 11. 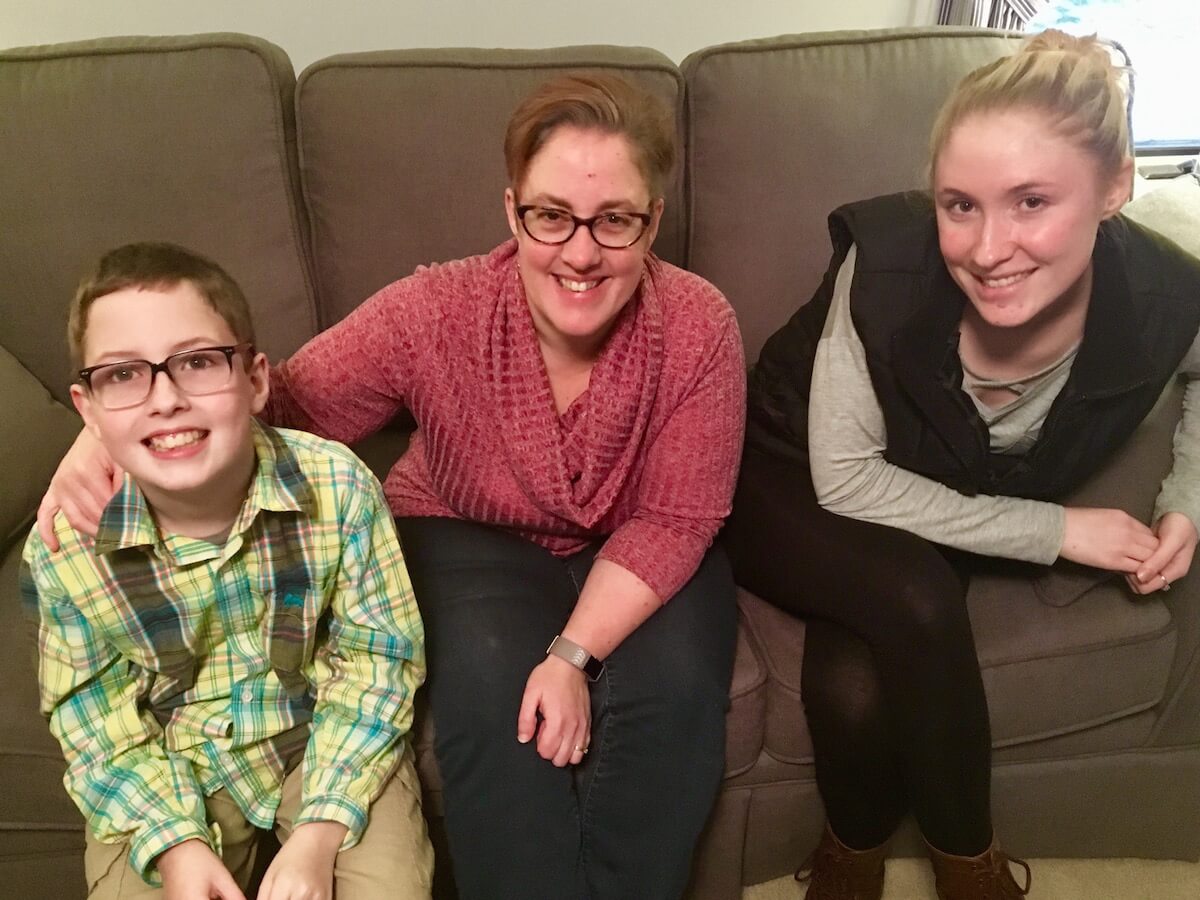 “I’m just so thankful for what I have, and who I am,” says Audette. “When I wake up every morning and put my feet on the floor, I know that it’s another day on this earth that I was given.”

Once a year, Audette returns to the Institute to meet with her physicians and get a check-up. During one of these recent visits Audette was reunited with Stephen Sallan, MD, chief of staff emeritus. Sallan, one of Audette’s oncologists when she was younger, wanted to reconnect with his former patient.

“Clearly, our best and desired outcomes are to cure the disease and have the patient live a normal, healthy, and productive life. Jessica fulfills all of those desires,” says Sallan.

Although treatment for neuroblastoma has changed drastically since she was treated—Dana-Farber/Boston Children’s Cancer and Blood Disorders’ neuroblastoma program specialists treat children with the most complex cases using specialized treatments, including stem cell transplantation—Audette likes sharing what she has learned from her experience with young patients and their guardians.

And most of all, Audette loves being with her family. This year she saw her daughter off to college, and while she does miss her, she’s excited to celebrate each new milestone.

5 thoughts on “Forty-Two Years in Remission, Neuroblastoma Survivor is Grateful For Her “Miracle Children””