It’s well known that excessive sunning and sunburns can foment the development of malignant melanoma, the deadliest skin cancer. Now, in a preliminary study, scientists have suggested that drinking alcohol may be an added risk factor for the disease. 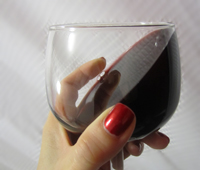 Reporting in the British Journal of Dermatology in January, scientists at the University of Milan, Italy, pooled the results of 16 prior research studies involving more than 6,000 melanoma cases, and concluded that consuming an alcoholic drink or more a day increases melanoma risk by 20 percent. Patients who routinely drank 50 grams of alcohol daily – the amount in a few strong beers – were up to 55 percent more likely to develop melanoma. One theory is that the body breaks down alcohol into compounds that can weaken the immune system.

However, Andrew Werchniak, MD, a dermatologist with the Melanoma Treatment Center at Dana-Farber, comments that “the study has significant limitations, and I don’t think any real conclusions can be drawn from it. It is an interesting potential association, however, and deserves further investigation.”

The biggest weakness, cited by Werchniak and the Italian scientists themselves, is that when sun exposure was taken into consideration, the increased relative risk of melanoma with alcohol consumption was no longer statistically significant (meaning it was not possible to determine whether there was actually any increased risk or not).

”It may be that people who drink more alcohol are also more likely to engage in other behaviors that increase their risk for melanoma – for example they may also spend more time outside, get more sunburns, or use tanning beds,” he says.

One cancer research blogger raised similar cautions about the study.

So it will require new studies to determine whether it’s the alcohol, or alcohol-related behavior, that’s at fault.