Key Takeaway: Ovarian cancer can be hard to identify, but there are symptoms you should be aware of. It’s important to speak with a doctor about screening if you believe you have an increased risk for developing cancer.

In its early stages, ovarian cancer can be hard to detect; symptoms can go unnoticed or may be attributed to other, more common health problems. However, symptoms do exist and can include:

While there is no proven screening method for early-stage ovarian cancer and detection is difficult, women should remember that certain risk factors can increase the chance of developing the disease.

Who is at risk for ovarian cancer?

Some people have a higher risk of developing ovarian cancer than others. This includes:

If reproductive cancers run in your family or you have health concerns, be sure to consult your physician.

How to get tested for ovarian cancer

Tests that are used to diagnose ovarian cancer include one or more of the following:

Your doctor will work with you to determine which tests you will need, if any.

Taking a blood test to measure the amount of CA-125 in the blood may help detect ovarian cancer, since women with the cancer may have high levels of this tumor marker.

While there is no proven screening method for early-stage ovarian cancer and detection is difficult, women should remember that certain risk factors can increase the chance of developing the disease, including BRCA1/BRCA2 gene mutations, problems with fertility, or having a family history of breast, ovarian, or colorectal cancer. It’s important to speak with a doctor about screening if you believe you have an increased risk for developing cancer.

Learn more about ovarian cancer treatment and research at the Susan F. Smith Center for Women’s Cancers at Dana-Farber. 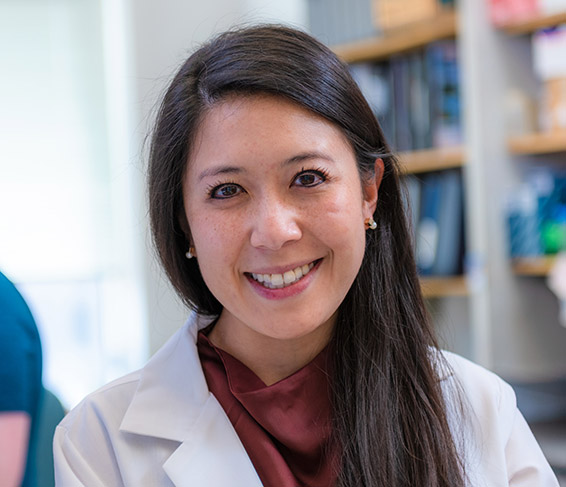 Elizabeth Lee, MD, is a medical oncologist in the gynecologic oncology program at Dana-Farber Cancer Institute. She also serves as the gynecologic oncology program's liaison to the Center for Cancer Therapeutics Innovation. Dr. Lee received her undergraduate degree from Yale University and completed her Doctor of Medicine at the University of Pittsburgh School of Medicine. She completed an internal medicine residency at the Johns Hopkins Hospital and hematology/oncology fellowship at the Dana-Farber Cancer Institute and Massachusetts General Hospital. Dr. Lee is engaged in clinical research efforts testing novel molecularly-targeted therapies in the treatment of ovarian and endometrial cancers and in translational studies evaluating mechanisms of treatment resistance.