CA-125, the abbreviated name for cancer antigen 125, is a protein that’s often elevated in ovarian cancer as well as other types of cancers, such as those of the lung and breast. It’s also elevated when disease or inflammation arises in the pleura – the tissue that enfolds the lungs – or the inner lining of the abdomen. 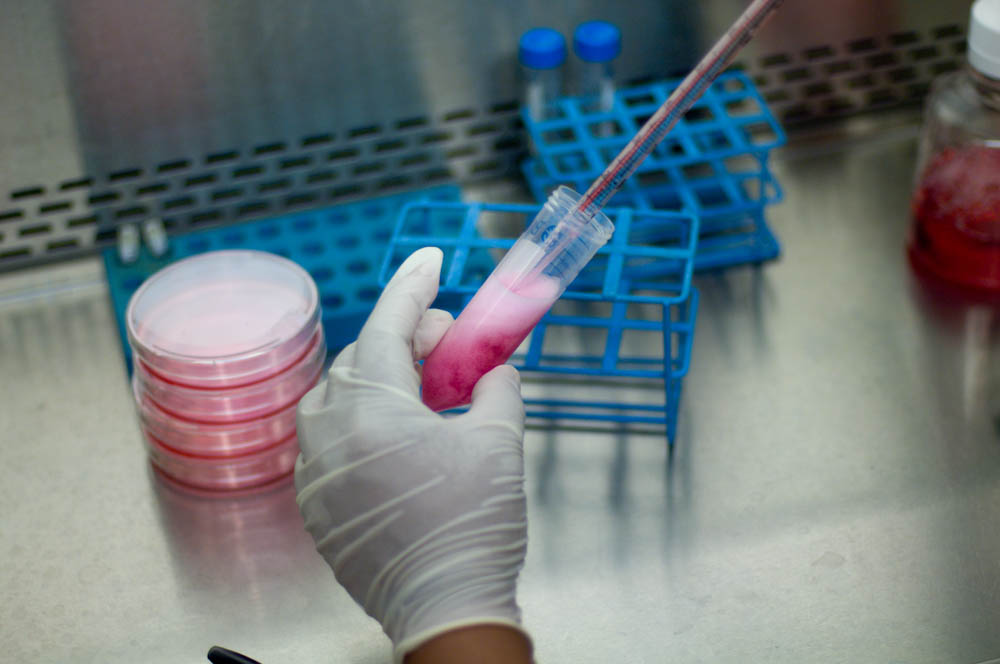 It was discovered at Dana-Farber in 1981 by Robert Bast, MD, and Robert Knapp, MD, who quickly realized this protein could be used to follow treatment once the presence of ovarian cancer was found. They developed the CA-125 test, which measures the level of CA-125 in the blood to determine how well treatment for ovarian cancer is working or to see if ovarian cancer has recurred following treatment. The test is also used for women who have had or are being treated for peritoneal, or fallopian tube cancer as well as certain types of endometrial carcinoma.

The test cannot be used as a general screening exam for ovarian cancer because CA-125 levels are not elevated in all women diagnosed with this malignancy. In postmenopausal women, about 20 percent will not present with an elevated CA-125, according to Suzanne Berlin, DO, a specialist in gynecologic cancers at Dana-Farber’s Susan F. Smith Center for Women’s Cancers. Moreover, CA-125 levels are sometimes heightened in women who don’t have ovarian cancer. Such “false positive” results can create needless anxiety and cause women to undergo further, costly tests. A positive reading can also arise from normal conditions such as menstruation and pregnancy, as well as from non-cancerous conditions such as diverticulitis (inflammation of the intestines or bladder), liver cirrhosis, uterine fibroids (benign growths of the uterus), endometriosis (growth of uterine-lining tissue outside the uterus), leiomyoma (a benign growth of smooth muscle), and pelvic inflammatory disease.

The test is performed by drawing blood from a patient and testing it for the CA-125 protein. “When CA-125 levels are elevated at the time of diagnosis, we track them as they decline over the course of treatment,” Dr. Berlin says. “The general rule is that we would like the marker to reach a normal level by the third cycle of chemotherapy, since six cycles are usually given.”

Investigators at the Susan F. Smith Center have opened a clinical trial of an ovarian cancer drug that reflects scientists’ understanding of CA-125. The drug is a combination of an antibody and chemotherapy which homes in on a protein called MUC16 that is often overabundant in ovarian tumors. CA-125 is a portion of MUC16 that often breaks off and enters the bloodstream. This phase 1 trial is designed to study the safety and maximum tolerable dose of the drug. It is open to patients with ovarian cancer whose disease has progressed or relapsed after treatment with platinum-based chemotherapy. More information on the trial is available here.