The past two years have seen a surge of new treatments for blood cancers, such as lymphoma, leukemia and multiple myeloma. Research on the genetic flaws underlying specific cancer types has led to new precision drugs such as ibrutinib and idelalisib and new immunotherapy agents that are improving outcomes in many patients with difficult-to-treat forms of blood cancers.

Just in the last year, four new therapies have been approved for patients with chronic lymphocytic leukemia (CLL), the most common adult leukemia. An estimated 15,700 people in the U.S. were diagnosed with CLL last year, most of them elderly – the average age at diagnosis is 70. The transformation of CLL treatment was named the cancer Advance of the Year by the American Society of Clinical Oncology (ASCO). 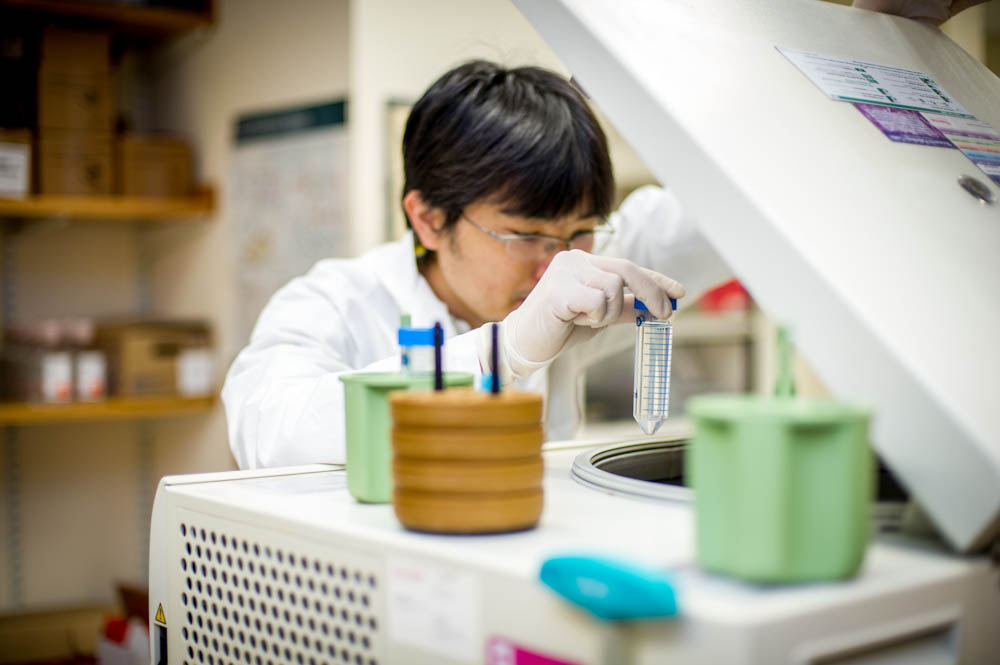 Two of the drugs – ibrutinib and idelalisib – work so well in older patients whose cancer has recurred or become resistant that specialists say they could eventually eliminate the need for traditional chemotherapy in these patients. The other two drugs – obinutuzumab and ofatumumab – have shown to slow disease progression in newly diagnosed CLL by about a year.

In a clinical trial co-led by a Dana-Farber researcher, a new oral targeted drug has shown encouraging anti-cancer activity in patients with resistant or relapsed acute myeloid leukemia (AML). The drug, known as ABT-199 or venetoclax, blocks the cancer cells’ mechanisms that allow them to survive despite being ordered to self-destruct, says Anthony Letai, MD, PhD, senior author of the report earlier this year. In another clinical trial, venetoclax improved outcomes in patients with a hard-to-treat form of CLL, and is expected to gain FDA approval for this indication next year.

New immunotherapy drugs that have shown dramatic results in melanoma may also prove to be treatment options for blood cancers. Researchers reported last December that the immunotherapy agent nivolumab achieved complete or partial remission in 87 percent of patients with resistant forms of Hodgkin lymphoma, many of whom had stem cell transplants and treatment with several drugs. The majority of patients in the small trial who responded to the drug were still doing well a year after treatment – a very encouraging result.

Another treatment strategy that combines immunotherapy and gene therapy shows promise in non–Hodgkin lymphoma (NHL). The strategy uses CAR T- cells, which are T cells engineered with synthetic receptors that can target surface molecules on cancer cells. By doing so, they can selectively find the tumor cells and destroy them, while leaving healthy cells intact. They have achieved some dramatic responses and remissions in blood cancers, mainly B cell malignancies or AML. Recently, CAR T- cell treatment was tried in four patients with advanced multiple myeloma, achieving two complete responses.

At least five new agents are either approved or expected to be approved for treating multiple myeloma this year.

Panobinostat combined with bortezomib and dexamethasone – a concept discovered at Dana-Farber and developed through Dana-Farber-led clinical trials, was approved for relapsed and refractory myeloma.

A breakthrough antibody immunotherapy called daratumumab, developed in a Dana-Farber partnership with European researchers, produced partial or complete remissions in at least one-third of myeloma patients who had exhausted many previous treatments. Larger trials of the compound are under way.

Another immunotherapy drug, elotuzumab, proved effective in a phase 3 trial of patients with drug-resistant or relapsed multiple myeloma. Given in combination with lenalidomide and dexamethasone, elotuzumab prolonged by 30 percent the average time before the disease began to worsen.

Finally, ixazomib – the first oral proteasome inhibitor to enter phase three trials – is expected to be approved by the end of the year.

2 thoughts on “What’s New in Research for Blood Cancer Treatments?”