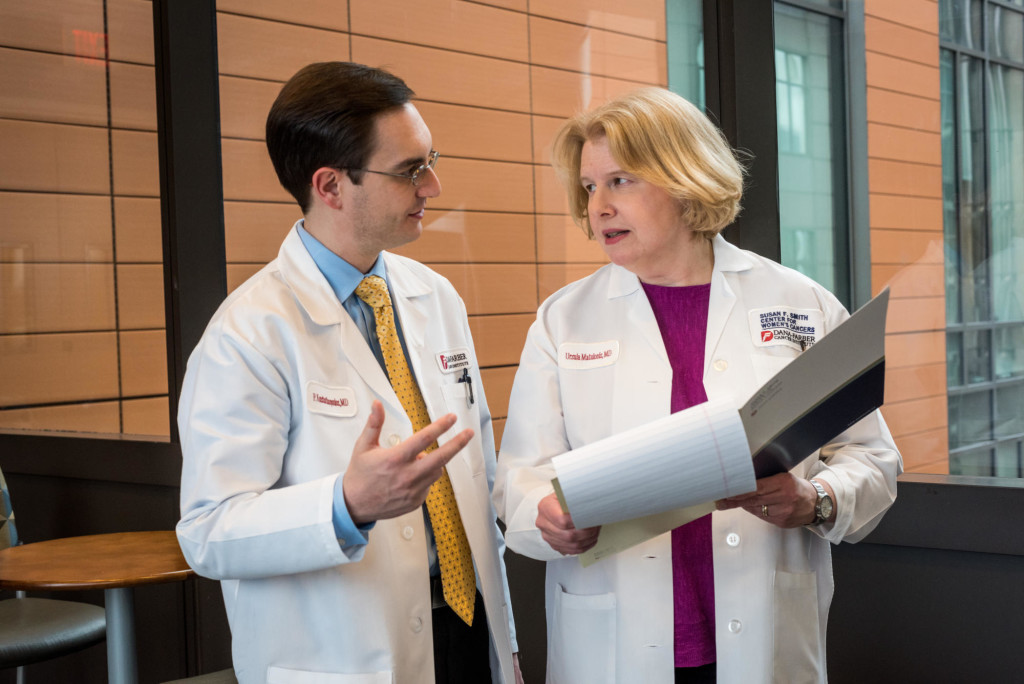 Combination therapy, the use of more than one type of therapy in treating a patient, is a hallmark of cancer treatment. The complexity of the disease – its tendency to spread beyond its original site and become resistant to certain drugs, and its genetic diversity – underscores the need for a variety of approaches to attack it.

For well over half a century, physicians have had three main types of cancer treatments in their arsenal: surgery, radiation therapy, and chemo-, or drug, therapy. The use of a specific treatment or combination of treatments depends on an array of factors, including the type of cancer, its aggressiveness, and its potential to metastasize, or spread to other parts of the body. As a general rule, solid tumors (which form masses within individual organs) are usually treated by surgery, if confined to the site they started in, and/or radiation therapy to remove or reduce the tumor, followed by chemotherapy to eliminate any remaining tumor cells. Blood-related cancers such as leukemia, lymphoma, and multiple myeloma are generally treated by chemotherapy agents and/or radiation therapy because the disease is dispersed over broad portions of the body.

In many cases, combination therapy not only increases the chances of a cure or long-term remission, but also reduces damage to vital organs and tissues more than a single approach. An example is in osteosarcoma, a bone cancer that occurs most often in young people. Where surgical amputation used to be the only treatment, the combination of radiation therapy and chemotherapy are often able to destroy the cancer without necessitating a loss of the limb. Similarly, early-stage breast cancer often can be treated by removal of the tumor and surrounding tissue followed by radiation therapy. Previously, removal of the entire breast, along with nearby lymph nodes and underlying tissue was the only option.

One type of therapy can sometimes make a tumor more vulnerable to a second type. Certain chemotherapy drugs, for example, can increase tumors’ vulnerability to radiation therapy. In other cases, drugs work together, each enhancing the others’ potency, so their combined effectiveness is greater than would be predicted by their individual impact.

In recent years, a variety of new treatments have been introduced that complement the traditional triad of surgery, radiation therapy, and chemotherapy. These include “targeted” drugs that zero in on specific abnormal genes or proteins in tumor cells, anti-angiogenic drugs that prevent tumors from siphoning off nutrients from the bloodstream to continue their unchecked growth, PARP inhibitors that interfere with cancer cells’ ability to repair damaged DNA, and immunotherapy agents that stimulate an immune system attack on tumors.

In some cancers, these work well as solo agents. More often, though, they’re used in combination to improve the prospects for patients. When new drugs are introduced, therefore, it’s important to look at their impact beyond what they can achieve alone. Using them in combination has a multiplier effect: their benefits are magnified many times over.

Tags:
Your next story: Attacking A Weak Point in Pancreatic Cancer’s Defense

Your next story: What is CAR T-Cell Therapy and How Does It Work?