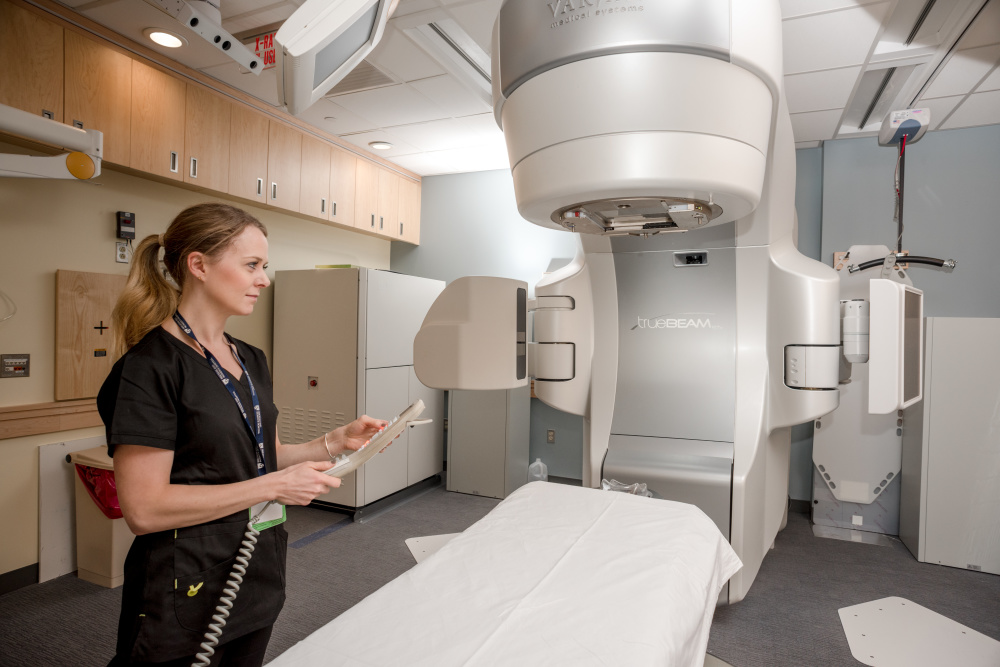 Along with chemotherapy, radiation therapy is a common method for treating cancer; about half of patients receive the therapy, which uses high-energy radiation to shrink tumors and kill cancer cells, during the course of their treatment.

While radiation therapy is effective against cancer cells, it also leaves its mark on any normal cells it comes into contact with, due to the x-rays and high-energy particles that enter the body during treatment.

This means that – in rare cases – radiation therapy may increase the risk of patients contracting a second, unrelated cancer later in life, depending on the amount of radiation given, the part of the body exposed to radiation therapy, other treatments received at the time, and the patient’s general medical condition.

Second cancers can also sometimes occur after breast cancer treatment. Occasionally, lung cancers may develop just beneath the treated breast, or rare cancers called angiosarcomas can develop in the blood and lymphatic vessels exposed to radiation during breast therapy.

Although radiation therapy may in rare cases contribute to patients developing a second cancer, the benefits nearly always outweigh the risk. Radiation oncologists will consider any risks before prescribing radiation therapy to a patient, and researchers continue to develop new technologies to minimize radiation exposure to non-cancerous cells.

David Kozono, MD, PHD, a radiation oncologist at Dana-Farber, weighs a number of factors when he is considering radiation therapy for a patient.

“I ask myself whether radiation therapy is the best available treatment for each patient, either alone or in combination with other cancer therapies,” he explains “When I can, I base my recommendations on studies that show radiation therapy improves survival, prevents or delays relapses, or improves quality of life, compared to not giving it. As a specialty, we have been working to identify patients who can safely omit radiation therapy and therefore its risks, including secondary cancers.”

Those patients who receive radiation should talk to their doctors about their risk of developing another cancer down the line. If they have a higher risk, they may be screened for related cancers, such as breast cancer for Hodgkin survivors, earlier and more often. Cancer survivorship programs can also help patients live well after radiation treatment by monitoring and manage their risk, and providing screening and prevention information.