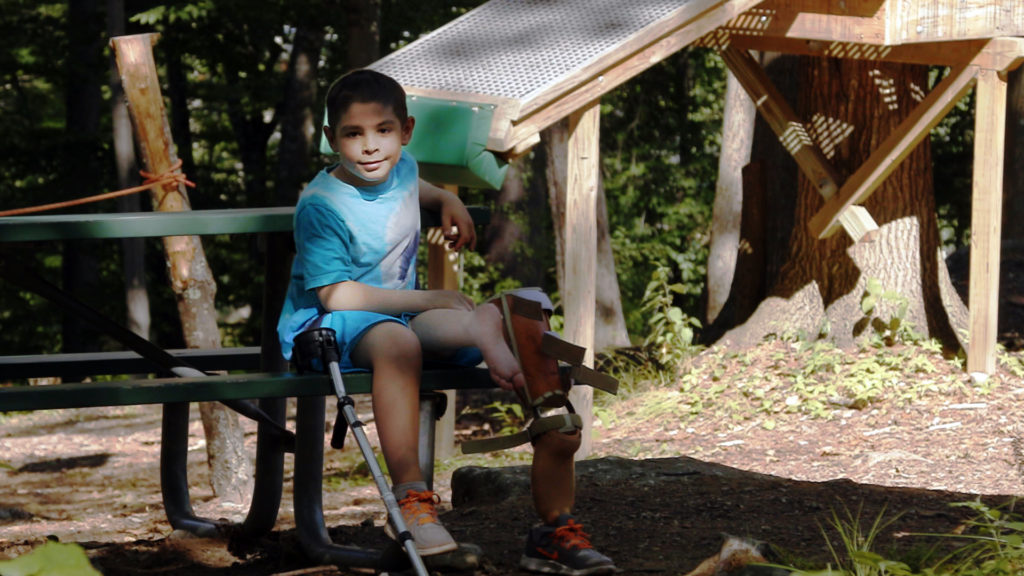 In March 2016, Ollie the pug, a therapy dog at Boston Children’s Hospital, paid a bedside visit to 7-year-old Carter Mock. Both dog and boy lost limbs to osteosarcoma, a cancer of the bone. Ollie’s left front leg was amputated at the shoulder. After removing the tumor in Carter’s left leg bone, surgeons fashioned  a new knee from his ankle in a procedure called rotationplasty.

The two have more in common than missing legs and being loved. The osteosarcoma that dogs develop is remarkably similar to the osteosarcoma that children and youths develop. In both, tumors develop primarily in the long bones, similar chemotherapy agents are used to kill residual cancer cells, and the spread of tumor cells to the lungs represents the most significant challenge.

In their current project, pediatric oncologist Katherine Janeway, MD, of Dana-Farber/Boston Children’s Cancer and Blood Disorders Center, and veterinary oncologist Cheryl London, DVM, PhD, of Tufts Medical Center and Cummings School of Veterinary Medicine at Tufts University, are comparing the genetic abnormalities in tumor samples from children and dogs to uncover common pathways and develop clinical trials in immunotherapy,  the use of novel agents that stimulate the immune system, with the goal of killing cancer cells in dogs. After analyzing the results, the most promising approaches will be moved into clinical trials for children.

“The data from dogs,” Janeway says, “is incredibly valuable.”

Janeway and London’s research is part of a recent surge of interest in comparative oncology. In late 2016, the National Cancer Institute issued a major call for proposals designed to “establish the suitability of canine models” to study human cancer therapies, particularly immunotherapy, one of the most dynamic areas of cancer research today.

“As helpful as mouse models are, dogs are much closer to humans. They spontaneously develop similar cancers,” London says. “They also have intact immune systems that possess the same variability as human immune systems, which is lacking in most mouse models.”

“Investigating the similarities in dog and human osteosarcoma and conducting clinical trials in dogs with osteosarcoma will really help us design the best trials for children with this cancer,” Janeway says.

And, says London, “we will help dogs with osteosarcoma at the same time.”

Meanwhile, Carter, who is now eight years old, remembers meeting Ollie shortly after his rotationplasty surgery. “It was cool that Ollie has osteosarcoma,” the New Hampshire boy says. “He was definitely pretty cute.”

Carter, who has a cat named Marble that he loves, was diagnosed with osteosarcoma in the fall of 2015 after his mother noticed that her normally active son had slowed down. Now Carter, rotationplasty and prosthetic leg in place, is back to an adventurous life that includes aerial climbing and ice climbing.

“Taking what we learn from the experience of canines to improve the care of children and adults with osteosarcoma is an amazing and hopeful idea,” says Danielle Mock, Carter’s mother.

Ollie was diagnosed with osteosarcoma in 2014 after he fell in the kitchen of his owner’s suburban Boston home. Now he hops around on three legs. “If Ollie gets another tumor,” says his owner, Gail MacCallum, “I’d be happy to sign him up for this research.”