Vitamin D may prevent or slow some types of cancer, according to some intriguing studies. However, the evidence is not yet definitive, and no recommendations currently exist on taking extra vitamin D to prevent cancer.

What is vitamin D?

Vitamin D is a nutrient that helps the body use calcium and phosphorus to build bones and teeth. People can get it through sun exposure, which causes the skin to manufacture it, by consuming foods including fatty fish, fish liver oil, and eggs, as well as milk, juices, and breakfast cereals to which the vitamin is added; and by taking dietary supplements.

Can vitamin D slow the growth of cancer?

Another Dana-Farber study, published in 2008, found that colon cancer patients who had the highest levels of vitamin D had a lower mortality rate than those with the lowest blood levels of the vitamin. The research involved 304 participants, all of whom had their vitamin D blood levels measured at least two years prior to their diagnosis.

But the overall picture is still complicated, with many uncertainties. A 2010 report from the Vitamin D Pooling Project of Rarer Cancers failed to find a link between vitamin D blood levels and the risk of developing seven uncommon cancers — endometrial, esophageal, stomach, ovarian, pancreatic, and kidney cancer, and Hodgkin lymphoma.

Some cancer patients are now being treated with high doses of vitamin D in randomized clinical trials to look for evidence of vitamin D’s benefits. A trial led by Kimmie Ng, MD, PhD, and other Dana-Farber researchers tested 139 patients with metastatic colon cancer, who received standard drug therapy and were then randomized to receive either high doses of vitamin D — 8,000 international units (IU) daily for two weeks, followed by 4,000 IU daily — or 400 IU daily, which is the amount found in multivitamin pills.

Ng reported that patients receiving the high doses of vitamin D went 13.1 months before the disease progressed, compared to 11.2 months in the control arm patients. “In the world of metastatic colon cancer, this difference is significant,” she said.

Ng and her colleagues collected blood samples from the patients and are analyzing them to see if they can identify an optimal vitamin D level in the blood.

Other studies have been aimed at prevention, rather than treatment. One research study did not find a lower incidence of colorectal cancer in women who took vitamin D and calcium supplements for seven years versus women in a comparison group. However, the supplements only contained 400 IU of the vitamin, which could account for the lack of a demonstrated effect, and compliance with the prescribed vitamin D supplements was low. Another research study, in which older women were randomized to receive 2,000 IU of vitamin D and 1,500 milligrams of calcium daily or a placebo, did not find a significantly lower risk of all types of cancer in four years of follow-up.

A large and important prevention study called VITAL began in 2010 under the direction of scientists at Brigham and Women’s Hospital. It is investigating whether taking daily dietary supplements of vitamin D (2,000 IU) or omega-3 fatty acids reduces the risk of cancer, heart disease, and stroke.  The ongoing study involves 25,874 men and women in the United States.

The current recommended dietary allowance (RDA) for children and adults ages one to 70 (including pregnant and breastfeeding women) is 600 IU. For men and women ages 71 and older, the RDA is 800 IU.

Keep in mind that too much vitamin D can be harmful. The safe upper intake level of vitamin D for adults and children older than eight is 4,000 IU per day according to the most recent Institute of Medicine guidelines.

Learn more from the nutrition experts at Dana-Farber. 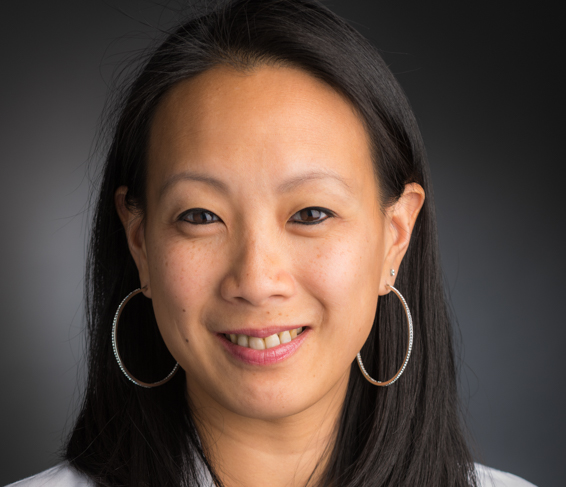 Dr. Ng is the Founding Director of the Young-Onset Colorectal Cancer Center, and Director of Clinical and Biospecimen Research in the Center for Gastrointestinal Oncology. Her research focuses on the identification of dietary, molecular, and genetic predictors of improved survival in patients with colorectal cancer, with particular interest in the vitamin D and inflammatory pathways.

She also conducts translational research investigating novel therapeutics, biomarkers of response and resistance to treatment, and the microbiome. She is the recipient of numerous NIH-funded grants and private foundation awards and leads several national multi-center clinical trials. She co-leads the Colorectal Cancer Working Group in the Gastrointestinal Committee of the Alliance for Clinical Trials in Oncology cooperative group and serves as a member of the Gastrointestinal Steering Committee of the National Cancer Institute.