Could adding soy milk to your coffee or substituting tofu for meat increase your risk of breast cancer? The research is conflicting, but our breast cancer doctor, Wendy Chen, MD, MPH, is here to help us cut through the noise.

“[It’s] one of the most common questions I get from breast cancer survivors,” says Chen, a breast oncologist with the Susan F. Smith Center for Women’s Cancers at Dana-Farber.

While laboratory studies on soy compounds in isolation have sparked questions about a possible connection, studies of breast cancer patients in China and Japan have not shown any increased breast cancer risk resulting from soy consumption.

There is a biological basis for this line of inquiry.

“Soy has what are called phytoestrogens,” Chen says. “These are plant-based estrogens. If you look at certain compounds in isolation, some of them have been shown in lab studies to increase cancer cell growth. However, that has never been shown in people.”

The most extensive population studies on this issue were conducted in China. The Shanghai Women’s Health Study surveyed more than 70,000 Chinese women about their health and food intake, including soy. Soy consumption is exponentially higher in China than in the United States. Many Chinese are lactose intolerant, and so they begin drinking soy milk in childhood. In addition, other forms of soy, such as tofu and edamame, are part of the traditional Chinese diet.

These studies looked at consumption of whole soy food products. In the United States, soy consumption is more likely to come in the form of soy protein isolates, a supplement or additive commonly found as one ingredient among many in nutrition bars and vegetarian “meatless” products.

“The studies (examining the link between soy and cancer) have not included people taking soy supplements,” Chen says. “We just don’t know anything about their effect on humans at this point.

Given the lack of data about soy protein isolates, you might want to stick to whole soy foods in the meanwhile. 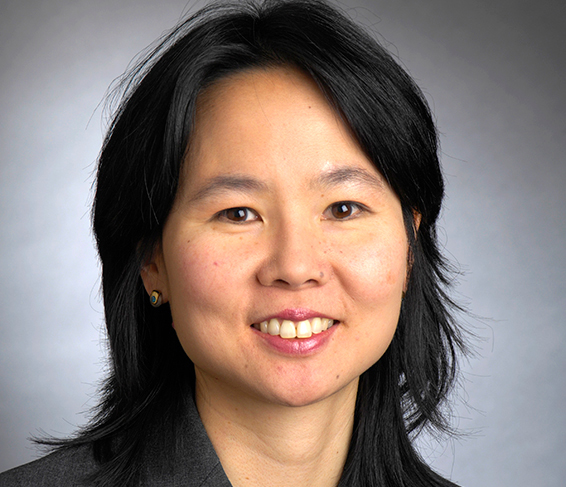 Dr. Chen received her MD from the University of Pennsylvania in 1993. She completed her internal medicine residency at the Brigham and Women's Hospital and her fellowship in hematology-oncology at Dana-Farber/Partners CancerCare. She received her MPH from the Harvard School of Public Health in 1999. She has been on staff at the Dana-Farber Cancer Institute and a research associate at the Channing Laboratory since 1999.

1 thought on “Soy and Breast Cancer: Is There a Connection?”