Powered by recent research, scientists are making headway in understanding the basic biological mechanisms at work in inflammatory breast cancer (IBC) – and how to intervene in ways that may slow or stop the cancer.

What is inflammatory breast cancer?

Inflammatory breast cancer is a rare and fast-growing disease in which lymph vessels in the skin of the breast become clogged with tumor cells, causing the breast to appear red and swollen. It accounts for 1-5% of all breast cancers in the United States and often isn’t diagnosed until it has reached a fairly advanced stage, when it can be difficult to treat successfully.

What are the types of inflammatory breast cancer?

What are some recent advancements in the diagnosis and treatment of inflammatory breast cancer?

PET/CT imaging for patients with IBC

To better understand the disease and improve diagnosis and treatment, Dana-Farber investigators have established an Inflammatory Breast Cancer Registry, which includes clinical information, radiographic imaging, and tumor samples from patients. Data from the registry has shown that patients with IBC can benefit from receiving PET/CT scans at their time of diagnosis.

“PET/CT imaging is not routinely used for newly diagnosed breast cancer in general,” explains Beth Overmoyer, MD, director of the Inflammatory Breast Cancer Program at Dana-Farber. “But these scans provide vital information in accurately staging IBC. We found that they demonstrated advanced IBC not seen by other imaging tests, and the information from PET/CT imaging also changed patients’ radiation therapy treatment plans.”

Recent studies have shown that IBC has a unique biology — different, in many respects, from that of more common forms of breast cancer. This knowledge will help researchers identify people who have a heightened risk of the disease and might benefit from frequent monitoring. It will also enable researchers to zero in on therapies that are particularly effective against this type of breast cancer.

Another promising development in IBC research involves HER2-positive IBC, a form of the disease marked by high levels of the HER2 protein. Researchers have learned that patients with metastatic HER2-positive IBC often live for many years when treated with therapies directed at HER2, Overmoyer remarks. The discovery is good news for the roughly 40% of patients with IBC whose tumors are HER2-positive.

In one study focusing on HER-positive IBC, Dana-Farber investigators found a “gene signal” — a pattern of altered genes — that may help doctors better predict which patients are likely to have a complete clinical response, an absence of detectable cancer cells, following treatment with HER2-targeting drugs. Patients in the study had a biopsy — a tumor tissue analysis — before receiving HER2-directed therapy and another biopsy one week later. The researchers found that genetic information gleaned from the second biopsy was much more indicative of patients’ response to further therapy than information from the first biopsy.

Other research is focusing on the metastatic aspect of IBC, its ability to spread to distant parts of the body. Ayal Aizer, MD, MHS, a radiation oncologist at Dana-Farber/Brigham and Women’s Cancer Center, is leading a trial of the usefulness of magnetic resonance imaging (MRI) to screen for the spread of inflammatory breast cancer to the brain. In the trial, patients with newly diagnosed IBC have an MRI scan of their brain. By following the patients over time, investigators hope to learn whether the MRIs can find cancer before it causes symptoms, and determine a strategy for screening patients with IBC for metastases to the nervous system.

Dana-Farber’s Tari King, MD, FACS, and Faina Nakhlis, MD, FACS, associate director of Dana-Farber’s Inflammatory Breast Cancer Program, are investigating the unique method by which IBC metastasizes. In other types of breast cancer, tumor cells may travel through blood vessels to reach lymph nodes outside of the breast. IBC, by contrast, switches on a set of genes that spur the formation of new lymph vessels, which tumor cells use as conduits to other parts of the body. Researchers have theorized that tumors with lymphatic spread may be more susceptible to therapy than those that spread via blood vessels. King and Nakhlis plan to study lymphatic drainage patterns both before and after treatment to better understand the process — knowledge that may lead to more tailored treatment for patients with IBC and may reduce the need for extensive surgery.

While the outbreak of COVID-19 may have made some patients hesitant to come to an academic medical center for a consultation after a diagnosis of IBC, Overmoyer urges them to do so. The resources and expertise available at such centers can help ensure that patients receive the optimal care for an often hard-to-treat disease, she says. 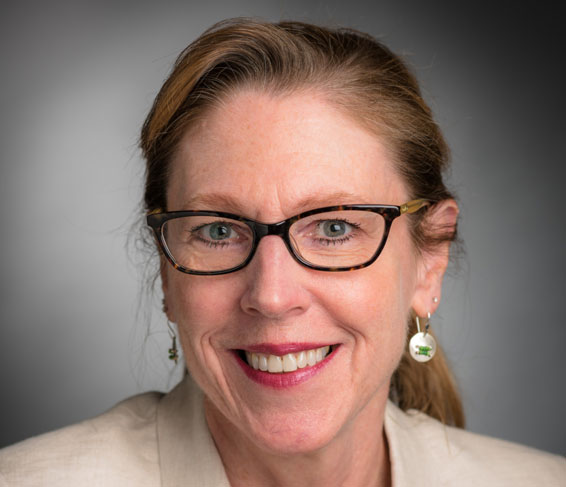