Aspirin is a non-steroidal anti-inflammatory drug (NSAID) that is commonly used to reduce fevers and relieve mild to moderate pain deriving from muscle aches or strains, toothaches, headaches, and symptoms of the common cold.

Research so far suggests that taking a small dose of daily aspirin over a period of years can reduce the risk of certain cancers, but further study is needed. While the U.S. Preventive Services Task Force (USPSTF) has previously recommended some adults take regular low-dose aspirin for prevention of colon cancer, the panel of experts recently issued new preliminary recommendations.

Should I take aspirin to prevent colon cancer? [updated November 2021]

The USPSTF has traditionally recommended low-dose aspirin for the primary prevention of cardiovascular disease (CVD) and colorectal cancer (CRC) in adults with the following characteristics:

As of 2021, however, the agency issued preliminary guidelines suggesting that evidence of aspirin’s ability to prevent CVD is less clear.

For people in their 60s and up who don’t have heart disease, the preliminary guidelines advise against taking low-dose aspirin to prevent a heart attack or stroke. The guidelines, which have yet to be formally adopted, reflect research showing that the increased risk of bleeding associated with aspirin use in adults 60 and over outweighs any potential benefits of the drug, the USPSTF indicated. The recommendations are for people with high blood pressure, high cholesterol, obesity, or other conditions that increase their chances of a heart attack or stroke.

The task force is reviewing further the recommendation for aspirin to prevent CRC. For people who are at higher risk of gastrointestinal tract bleeding, the potential benefit of preventing cancer is likely outweighed by the risk.

A 2005 study by researchers at Dana-Farber and allied institutions found that long-term use of aspirin or non-aspirin NSAIDs reduces the risk of colorectal cancer, but the benefit became apparent only after more than a decade of use. The maximum reduction in risk was achieved when patients took more than 14 standard aspirin tablets a week — considerably more than is recommended for reduction of CVD. However, the benefit is linear with increasing doses; so lower weekly doses still have been associated with reduction in risk. The dose needs to be weighed with the risk of gastrointestinal bleeding, which is higher with greater doses.

A 2018 observational study by Harvard scientists used data from the Nurses’ Health Study and Nurses’ Health Study II, finding that low-dose aspirin users have a 23% lower risk of developing ovarian cancer than with non-users. However, long-term, high-quantity non-aspirin NA-NSAID users were at a 19% higher risk of developing ovarian cancer than non-users.

A 2018 study involving Dana-Farber’s Jeffrey A. Meyerhardt, MD, MPH, found that regular aspirin use was associated with a statistically significant reduction (49%) in hepatocellular carcinoma, the most common type of liver cancer, risk compared to non-regular or no use. They found that the risk reduction was dependent on both dose and duration; in this case, a minimum of 5 years of regular aspirin use and consumption of at least 1.5 or more standard-dose tablets a week.

Ultimately, more observations and testing are needed to determine whether these findings are accurate. Further, there have been limited number of interventional studies. The largest study was the Women’s Health Initiative which randomized 40,000 women to low dose aspirin 100 mg every other day compared to placebo for 10 years. Results from this large-scale, long-term trial showed that low-dose, every-other-day aspirin did not lower risk of total, breast, colorectal, or other site-specific cancers. A protective effect on lung cancer or a benefit of higher doses of aspirin could not be ruled out. However, other primary and secondary prevention studies using higher doses of aspirin for cardiovascular and stroke prevention have shown reductions in gastrointestinal cancer risk, particularly colorectal cancer.

In a related area, some early studies have suggested that patients with cancer who take aspirin or other NSAIDs may have a lower risk of cancer recurrence. To follow up on these findings, investigators have launched numerous clinical trials. One, led by Dana-Farber’s Wendy Chen, MD, MPH, is exploring how well aspirin works in preventing breast cancer from recurring in patients with HER2-positive breast cancer treated with chemotherapy, surgery, and/or radiation therapy. Another, led by Dana-Farber’s Jeffrey Meyerhardt, MD, MPH, did not show a benefit of the NSAID celecoxib to a regimen of the drugs oxaliplatin, leucovorin calcium, and fluorouracil improves outcomes for patients with stage III colon cancer previously treated with surgery. However, there are multiple ongoing studies of aspirin in colon cancer survivors that are still pending results. The recent changes in recommendations from theUSPSTF for aspirin as primary prevention does not address cancer survivors, as the risk and benefit ratio is different if aspirin is proven to reduce recurrences in some cancer types.

Taking a daily dose of aspirin can be beneficial, but the benefits still need to be carefully weighed against the hazards with the help of a physician.

Aspirin intake can result in an increased risk of bleeding, including a hemorrhagic stroke, which can be caused by a burst blood vessel. Aspirin can also cause problems with your digestive tract, including stomach lining erosion, irritation (gastritis), or ulcers.

Some people prefer to substitute baby aspirin for regular strength aspirin to reduce the chance for potential side effects. In terms of cancer prevention, the data are a bit mixed as to whether a higher dose is better for deterring the development of certain cancers.

If you are on a regular aspirin regimen, make sure you tell your surgeon or dentist if you need to have dental work or a surgical procedure. If you don’t, you may have excessive bleeding during these procedures. Those who consume aspirin and alcohol regularly may have an increased risk of stomach bleeding. Be sure to speak to your doctor about how much alcohol is safe to drink.

The bottom line: The benefit of aspirin may go beyond anti-inflammation and cardiovascular benefits, but more research is needed on aspirin’s role in cancer prevention and treatment, including consideration for individual patients’ cancer risk and the potential for side effects. 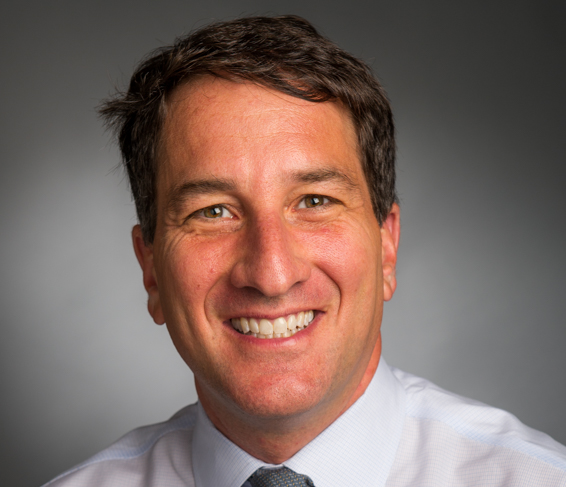 Dr. Meyerhardt received his MD from Yale School of Medicine in 1997. He completed a residency in internal medicine at Beth Israel Deaconness Medical Center, in Boston, followed by a medical oncology fellowship at DFCI. He joined the Gastrointestinal Cancer Center at DFCI in 2002..