Although multiple myeloma is relatively rare — accounting for about 2% of all cancers — it is twice as common among African Americans as white Americans. Every year, nearly 35,000 new cases of the disease are diagnosed in the United States, according to the American Cancer Society. About 24% of those cases are in African Americans, who comprise 13.4% of the U.S. population. Myeloma is the second most common blood cancer in people of African descent.

Advances in treatment have significantly improved survival rates for patients with myeloma, but the gains for African Americans haven’t been as sizable as for other groups. Researchers suspect that a combination of factors, including less access to treatment services and differences in health insurance coverage, may play a role.

What is multiple myeloma?

Multiple myeloma is a cancer of the bone marrow involving plasma cells, which are mature white blood cells that produce antibodies. The proliferation of myeloma cells can lead to a range of problems, including bone damage, a decrease in blood cell counts, and impaired kidney function.

Reasons for disparities in outcomes

Factors contributing to the slower improvement in survival rates among Black Americans with multiple myeloma or certain other cancers may include:

For example, there is evidence that African Americans with myeloma often don’t receive the same level of treatment as white patients do. According to the Multiple Myeloma Research Foundation (MMRF), African American patients are 50% less likely than whites to undergo a stem cell transplant for their disease.

The differences in access to health care services are also reflected in differences in health insurance coverage. About 51% of African Americans under the age of 65 and 28% over 65 had private insurance in 2015, compared to 67% and 44% of whites in those respective categories, according to the U.S. Centers for Disease Control.

Because of their greater risk of multiple myeloma, African Americans may especially benefit from clinical trials of new treatments for the disease. As a group, African Americans account for about 6% of all patients in cancer clinical trials — less than half their representation in the overall population. Financial and transportation issues, lack of requirements for specific levels of minority representation in trials, and mistrust of the medical community based on past injustices have hindered efforts to increase minority participation in trials, according to the American Academy of Family Physicians.

Patients diagnosed with myeloma should ask their oncologist about clinical trials for which they are eligible. Such trials are essential to improving care for future patients.

Ultimately, studies have shown that when African Americans with myeloma receive appropriate, timely treatment, their treatment results mirror those of other patient populations. When patients, regardless of their race or ethnicity, receive comparable treatment, their response to therapy, survival rates, and total health care costs are similar.

Dana-Farber is committed to offering quality cancer care to all patients regardless of their race or socioeconomic status. The Institute has a dedicated team of resource specialists working to connect income-eligible patients with available resources, both at Dana-Farber and in the greater Boston community.

A recent study sponsored by the Multiple Myeloma Research Foundation (MMRF) found that certain genetic changes within myeloma cells are more common in African Americans patients than in white patients. Some of these changes, however, lower the risk that the disease will reach an advanced stage. This would seem to suggest that African Americans should fare at least as well as other groups following treatment. But that isn’t what has occurred, further indicating that other factors, such as treatment barriers and lack of awareness of the disease among patients and local health care providers, may play a role in patients’ outcomes.

African Americans tend to be diagnosed with multiple myeloma at an earlier age than white Americans — an average of 66 years old vs. 70. They’re also more likely to have certain other conditions, such as anemia and increased levels of an enzyme called lactate dehydrogenase, that increase the risk that myeloma will reach an advanced form.

Despite the higher incidence of myeloma among African Americans, evidence suggests that increasing awareness of the disease and ensuring access to appropriate treatment services can go a long way toward improving outcomes. The most common symptoms of multiple myeloma are fatigue, musculoskeletal pain, frequent infections, and unintentional weight loss.

Sometimes, a routine blood test will turn of up evidence of a myeloma precursor condition — a condition that produces no symptoms but increases a person’s risk of developing actual myeloma. One of these conditions, known as monoclonal gammopathy of undetermined significance (MGUS), is twice as common in African Americans as in white Americans. Individuals with MGUS or other precursor condition generally do not receive treatment but are monitored for signs of progression to myeloma.

At Dana-Farber, the Center for Prevention of Progression helps people in this situation manage their risk of disease progression and offers clinical trials of therapies that may be able to prevent progression. The center’s PROMISE study is screening individuals at high-risk of precursor conditions of multiple myeloma, including African Americans. The goal is to establish a screening method for high-risk individuals and to study clinical data and tissue samples to understand why some patients progress to myeloma and others do not. 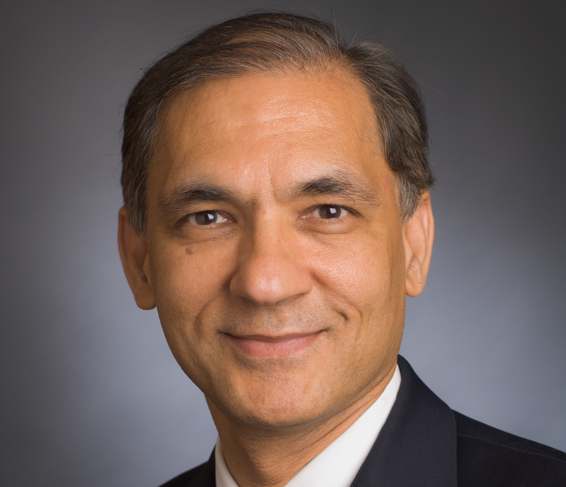 Dr. Munshi received his MD from Maharaja Sayjirao University, India, in 1984. He completed his postgraduate training in Internal Medicine at SSG Hospital and Maharaja Sayjirao University, followed by fellowships at Johns Hopkins Oncology Center and Indiana University Medical Center. In 2001, he joined Dana-Farber Cancer Institute and is currently the Director of Basic and Correlative Science, Jerome Lipper Multiple Myeloma Center.