A relatively small proportion of breast cancers are caused by alterations in inherited genes that sharply increase the lifetime risk of developing breast cancer. One of these genes has recently been receiving new attention: PALB2, a potent breast cancer susceptibility gene related to the better-known BRCA1 and BRCA2 genes.

Someone who inherits a PALB2 mutation faces a 35% chance of developing breast cancer by age 70, and if she also has a strong family history of the disease, her risk is about 58% by age 70. Moreover, an inherited PALB2 mutation confers a somewhat increased risk of pancreatic cancer. Inheritance of a BRCA1 or BRCA2 mutation confers about a six-fold higher risk — about 69% to 72% — of developing breast cancer, compared to a person without the mutation.

PALB2 was originally identified in the laboratory of Dana Farber professor David Livingston, and its clinical implications have since been studied by others at Dana-Farber Cancer Institute.

What does PALB2 stand for?

PALB2 stands for Partner And Localizer of BRCA2 — or “PAL” of BRCA2 — for short. The PALB2 gene normally codes for a protein that interacts with the protein made by the BRCA2 gene. Together, the proteins make up part of the repair pathway that fixes DNA damage in cells. A mutation in any of these DNA repair genes prevents abnormal genes in cells from being fixed or eliminated, and those cells may grow uncontrollably to form tumors.

Who should be tested for PALB2?

PALB2 — sometimes referred to as BRCA3 — has been included since about 2012 in panels of multiple genes tested for inherited breast cancer susceptibility or more broadly for a wider range of cancer predisposition. Guidelines recommend testing for people with:

Testing is also offered to women with or without breast cancer themselves who have a family history of breast, ovarian, pancreatic or advanced prostate cancer.

People who had genetic testing before 2012, when only BRCA1 and BRCA2 could be analyzed, may want to have expanded testing to include more genes conferring risk of breast and ovarian cancer, at least. People who have had panels of multiple genes after 2012 almost certainly had PALB2 included in the list, which should be on the report.

What happens if I test positive for a PALB2 mutation?

Recommendations for people who test positive for PALB2 are similar to those who inherit a BRCA1 or BRCA2 mutation: annual MRIs alternating with mammograms — each once per year — with a clinical breast exam twice a year. A prophylactic mastectomy can also be an option.

The finding of a PALB2 mutation could affect treatment by adding the options of a PARP inhibitor or make patients eligible for certain clinical trials.

Many people who are now hearing about PALB2 may wonder if they were tested for it if they had breast cancer screening in the past.

“Anyone who has had multigene testing (that looks for mutations in several genes at once) since 2012 would have been tested for PALB2 as part of the assessment,” says Judy Garber, MD, MPH, chief of the Division for Cancer Genetics and Prevention at Dana-Farber, who was a researcher on a recent study that showed PALB2-related breast cancers are sensitive to treatment with PARP inhibitors, conducted at Dana-Farber and other sites. She adds, however, that if a person underwent genetic testing before 2012, they could consider having a newer, expanded test to make sure nothing was missed.

Garber says that some women might have chosen only to be tested for BRCA1 or BRCA2 because there was a history of that mutation in their family.

Dana-Farber provides information and expert clinical care to patients with BRCA-related cancers through its Center for BRCA and Related Genes. 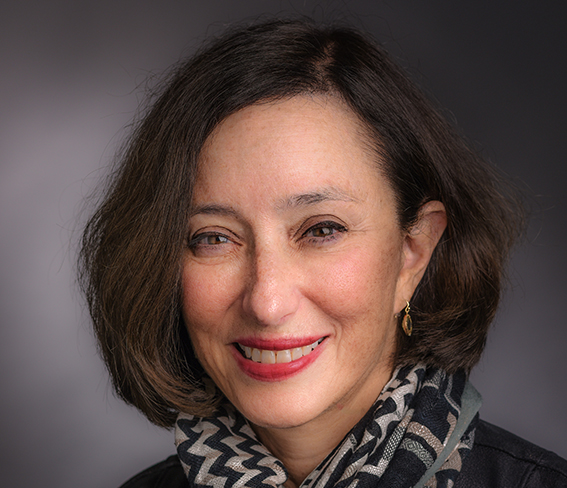 Dr. Garber is the Chief of the Division for Cancer Genetics and Prevention at Dana-Farber Cancer Institute and a Professor of Medicine at Harvard Medical School. She also consults with the Pediatric Cancer Genetic Risk Program at Dana-Farber/Boston Children's Cancer and Blood Disorders Center. Dr. Garber conducts research in clinical cancer genetics, with a special focus in the genetics of breast cancer. She has played a major role in the development of national guidelines in cancer genetics. She is also a leader in research into the characteristics and treatment of triple negative or basal-like breast cancer, the most common form in women with BRCA1 mutations. Her translational research focuses on the evaluation of novel agents targeting DNA repair defects in breast cancer, including PARP inhibitors for treatment and prevention of breast cancer and other BRCA-associated cancers.Dr. Garber is a past president and current member of the Foundation Board of the American Association for Cancer Research (AACR). She serves on the National Cancer Advisory Board of the National Cancer Institute and was elected into the National Academy of Medicine in 2013. She also serves as the Chair of the Breast Cancer Research Foundation (BCRF) Scientific Advisory Board. She is an ASCO Statesman and a Fellow of the AACR Academy.

3 thoughts on “PALB2 Breast Cancer Gene: What You Should Know”