When breast cancer spreads, or metastasizes, it’s more likely to travel to some parts of the body than others. The most common sites of metastasis include the bones, brain, liver, or lungs.

It’s rare for patients with early-stage breast cancer, which has not spread beyond the breast or adjacent lymph nodes, to develop a brain metastasis: The brain is the first site where breast cancer spreads in fewer than 5% of these patients.

Among patients diagnosed with breast cancer that has already spread, however, between 10% and 50% develop a brain metastasis, depending on the subtype of breast cancer and other factors.

At Dana-Farber/Brigham Cancer Center, the Program for Patients with Breast Cancer Brain Metastases in the Susan F. Smith Center for Women’s Cancers provides care from a team of experts including medical oncologists, radiation oncologists, neurosurgeons, neuro-oncologists, neuroradiologists, and pathologists. Patients receive a personalized treatment plan based on their unique situation and the specific nature of their disease.

What are possible symptoms of breast cancer metastasis to the brain?

Possible symptoms of breast cancer metastasis to the brain can include:

These symptoms can be caused by factors other than breast cancer. If you’re experiencing any of them, it’s important to be examined by a doctor.

How is brain metastasis diagnosed?

To determine if metastasis to the brain has occurred, your doctor will likely order a magnetic resonance imaging (MRI) scan. If an MRI isn’t feasible, a computed tomography (CT) scan may be used instead.

What are the major risk factors for brain metastasis?

Scientists do not yet know why breast cancer is more likely to spread to some parts of the body than others, but some factors that increase the risk of spread to the brain have been identified:

How is metastatic breast cancer treated?

Although metastatic breast cancer currently can’t be cured, it can be treatable with hormonal therapy, chemotherapy, biologic targeted treatments, and novel drug combinations.

Treatment for brain metastases — whether originating in the breast or other part of the body — takes a variety of forms, including:

Care teams at the Metastatic Breast Cancer Program at Dana-Farber develop personalized treatment approaches for each patient’s specific type of cancer, as well as an individual plan of care and support for them and their loved ones.

What is the prognosis for patients?

The prognosis depends on a variety of factors, including the subtype of breast cancer a patient has. Advances in treatment approaches have led to lengthened survival for many patients, particularly those with HER2-positive breast cancer.

What is some of the latest research in this area?

Dana-Farber scientists are leading a variety of studies in breast cancer metastasis to the brain — research that encompasses the lab as well as the clinic.

Dana-Farber/Brigham Cancer Center offers an array of trials for patients with brain metastases. At the 2019 Annual Meeting of the American society of Clinical Oncology (ASCO), Dana-Farber’s Rachel Freedman, MD, reported on a trial that tested the drugs neratinib and capecitabine in patients with HER2-positive breast cancer with brain metastases. About 50% of patients showed a response to the therapy. Freedman is now leading the next part of the study, which is testing ado-trastuzumab emtansine (Kadcyla) in combination with neratinib.

Dana-Farber investigators including Nancy Lin, MD, and Eric Winer, MD, have also led studies of the oral drug tucatinib, which targets the HER2 protein. The HER2CLIMB study included patients with HER2-positive breast cancer who had been treated with Herceptin®, Perjeta®, chemotherapy and T-DM1 but whose disease had worsened. Participants, including patients with and without brain metastases, received either tucatinib or a placebo in addition to a traditional regimen of Herceptin® and the oral chemotherapy agent capecitabine. At the ASCO 2020 meeting, researchers reported that in nearly 300 patients with brain metastases, the three-drug regimen more than doubled the chance of tumor shrinkage in the brain and significantly improved overall survival. With these results, HER2CLIMB became the first large, randomized clinical trial to demonstrate that systemic treatment can improve outcomes in patients with HER2-positive breast cancer that has spread to the brain.

In laboratory research, Dana-Farber’s Jean Zhao, PhD, found that combining the targeted agents BKM120 and RAD001 caused HER2-positive breast cancer brain metastases in mice to go into long-term remissions. Zhao and Lin are collaborating on multiple studies to test additional new combinations in the lab and then to take the most promising regimens into clinical trials. 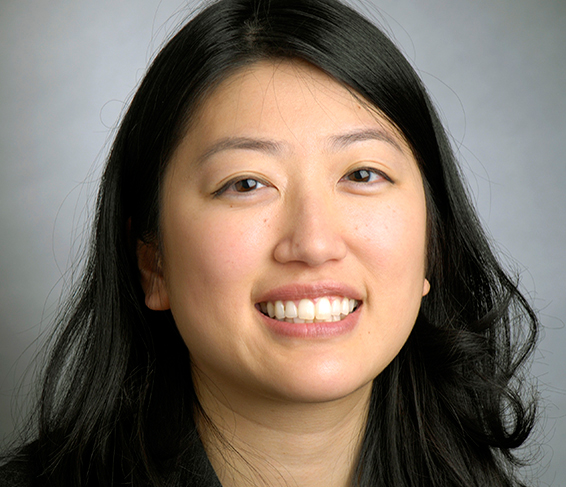 Dr. Lin is a medical oncologist specializing in the care of patients with all stages of breast cancer. Her research focuses upon improving the outcomes of people living with metastatic breast cancer, including a particular focus on the challenge of breast cancer brain metastases. She has led multiple clinical trials which have led to new treatment options for patients with breast cancer that has metastasized to the brain.Dr. Lin received her MD from Harvard Medical School in 1999. She completed her residency in internal medicine at Brigham and Women's Hospital and went on to complete fellowships in medical oncology and hematology at Dana-Farber. In 2005, she joined the staff of Brigham and Women's and Dana-Farber, where she is a medical oncologist and clinical investigator in the Breast Oncology Center.