Not long ago, doctors were often skeptical when cancer patients who had undergone chemotherapy complained that they were mentally foggy; unable to plan a week’s worth of meals or organize their finances as they could before. Patients called this side effect “chemobrain” and were frustrated by the lack of recognition – or suggested remedies – from their physicians.

Now, the problem is better defined, and physicians recognize that 50 to 60 percent of individuals experience these difficulties during or after chemotherapy. Recent studies have pinpointed changes in the brains of such patients.

Some scientists have adopted a more formal term – post-cancer cognitive impairment (PCCI) – to describe this group of symptoms, which include memory lapses; difficulty concentrating, planning ahead, organizing, and multitasking; and slow mental processing.

“Studies suggest that PCCI will resolve in most patients within nine months, but some patients do experience symptoms for years afterward,” notes psychiatrist Fremonta Meyer, MD, of Dana-Farber’s Center for Psychosocial Oncology and Palliative Care Research. 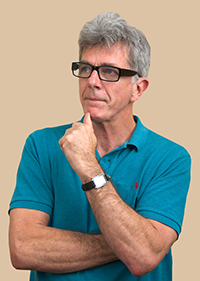 When she sees patients with complaints of “chemobrain,” Meyer says she looks for additional factors that might be affecting cognition, such as poor sleep, depression, anxiety, or medications other than chemotherapy.  “I’ve had a few patients who were concerned about chemobrain, but their symptoms improved after they stopped taking a particular medication,” she says.

Meyer reassures her patients that chemobrain doesn’t usually get worse once it develops. Moreover, it is not a sign of dementia, nor does it increase the risk of dementia.