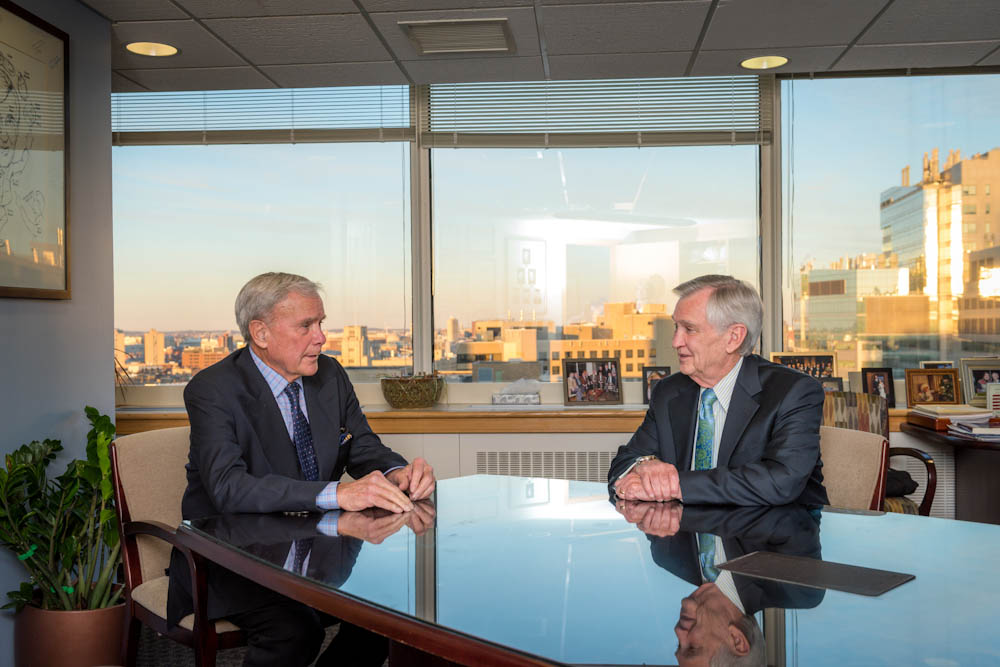 The world is divided between those who are sympathetic to their friends and family who have cancer and those who have cancer and are empathetic with each other, says Tom Brokaw, the former “NBC Nightly News” anchor. Brokaw, who was diagnosed with multiple myeloma in August 2013, shares his cancer story in the video below.

He advises new patients to be wary of Google searches, praises the work of cancer researchers, and recounts the physical and mental challenges he faced after being diagnosed. While he remained positive throughout the treatment, he admits he wasn’t prepared for the physical ordeal. “No one said to me it’s going to really knock you on your backside,” he says.

14 thoughts on “Tom Brokaw: What It Means to Have Cancer”