Skip to content
Medically Reviewed By: David A. Barbie, MD

Tobacco smoke is the number one risk factor for lung cancer – and every time it is inhaled, it deals a double blow to lung cells, creating conditions almost ideally suited to the formation of cancer.

Does tar in cigarettes cause cancer?

Chemicals such as tar and formaldehyde within tobacco smoke penetrate the cells and damage DNA. This can wreak havoc in genes that control the delicate process of cell growth and division: genes that promote division may become hyperactive, and genes that apply the brakes to runaway division may lose their grip.

How does inflammation play a part?

By itself, the damage to genetic programming can cause normal lung cells to turn cancerous, but the process gets a major assist from a second effect of tobacco smoke: inflammation.

Inflammation is part of the immune system’s response to disease or tissue damage. A teeming squad of white blood cells, hormones, and other substances pours into the affected area to fight invaders, remove dead or injured cells, and make repairs. The process is essential to healing wounds and rebuilding damaged tissue. But it can also be a driving force for cancer.

The baneful effects of DNA damage plus inflammation have been demonstrated in numerous research studies. In one, researchers exposed mouse lungs to a tobacco carcinogen (cancer-causing chemical) alone, or in combination with another substance that induces lung inflammation. The combination accelerated the development of lung cancers that carried a mutation in the gene KRAS – a common feature of many human lung cancers.

“KRAS plays a key role in signaling cells to divide,” explains David Barbie, MD, a specialist in Dana-Farber’s Lowe Center for Thoracic Oncology, whose research seeks to identify genes that can be targeted by novel drugs. “In the presence of inflammation, KRAS essentially gets stuck in the ‘on’ position, allowing cell division to proceed non-stop.”

The genetic damage wrought by cigarette smoke occurs throughout the genome; it is no more likely to occur in a cancer-related gene than a gene with no involvement in cancer, Barbie observes. But by producing damage so indiscriminately, it increases the chances that mutations will arise in cancer-linked genes.

“Every time an individual smokes, all 3 billion base pairs of DNA in lung cells are exposed to toxic chemicals,” Barbie notes. “The chance that any one of these base pairs may be altered, or mutated, is low. But chronic exposure to smoke raises the risk that an unlucky event will happen in a cancer-related gene. The longer and more frequently one smokes, the higher the risk.” 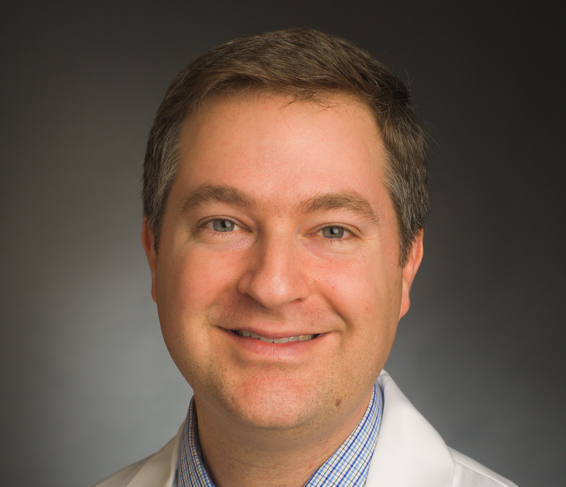 My interest as a medical oncologist and cancer biologist is to identify novel targets for cancer therapy. Specifically, I have focused on lung cancer clinically with a particular interest in targeting KRAS mutations, which have remained refractory to current therapies. We previously found that TBK1, a kinase that is normally involved in immune cell signaling, prevents apoptosis in cancer cells driven by oncogenic KRAS. Others have found that inhibition of the NF-kB and STAT pathways, in which TBK1 is involved, also results in impaired tumor growth in KRAS-driven mouse lung cancer. Recently, we discovered that a kinase inhibitor, momelotinib, inhibits TBK1 and JAK signaling and has activity in mouse models of Kras-driven lung cancer. Based on these findings, we have opened a trial together with Gilead Sciences combining momelotinib with the MEK inhibitor trametinib in treatment refractory KRAS mutant lung cancer. My overall goal is to continue this effort clinically and in the lab to refine combination therapy for KRAS-driven lung cancer and improve outcomes for this challenging disease.

6 thoughts on “How Tobacco Causes Cancer”