Pediatric cancer patients are often said to mature faster than their peers, but Amelia Zai is in an especially big hurry. The 12-year-old has shown so much gumption during her treatment for metastatic Ewing sarcoma that she appears ready to go straight from middle school to medical school.

If she does eventually trade in her backpack for a white coat, there are two doctors who won’t be the least bit surprised. One is Steven DuBois, MD, MS, her oncologist at Dana-Farber/Boston Children’s Cancer and Blood Disorders Center.

“Amelia is an amazing and extremely bright girl who has faced her disease and treatment with tremendous courage,” says DuBois.

DuBois directs the clinical trial in which Amelia was immediately enrolled after her diagnosis in September 2016. For a full year, on every other Monday, she received infusions of both standard chemotherapy drugs and the trial drug – a cycle that often left her tired, nauseous, or with other medical challenges requiring inpatient stays at Boston Children’s Hospital. Through it all, DuBois and his care team were there to calmly explain exactly what was happening in an honest, straightforward way that she could understand.

The other doctor who has noticed Amelia’s growing curiosity in the medical field is her own father, Adrian Zai, MD, PhD. He is director of research at Partners eCare, an organization responsible for managing Epic Systems, an online platform for patients and caregivers to share data.

“Amelia is always looking everything up about her treatment, and has started asking me more questions about physiology and anatomy,” Zai says. “We can see that she’s very interested in medicine, which is great. Whatever she wants to do with her life is up to her — and we’ll be happy to see her thrive wherever she goes.”

Amelia’s life was initially interrupted in the summer of 2016, when Adrian and his wife Margaret noticed a lump on Amelia’s left shoulder. She thought she had strained it on the monkey bars at school, but when ibuprofen did not diminish the pain after a few weeks, the family had X-rays taken that quickly led to an emergency room visit for MRIs. 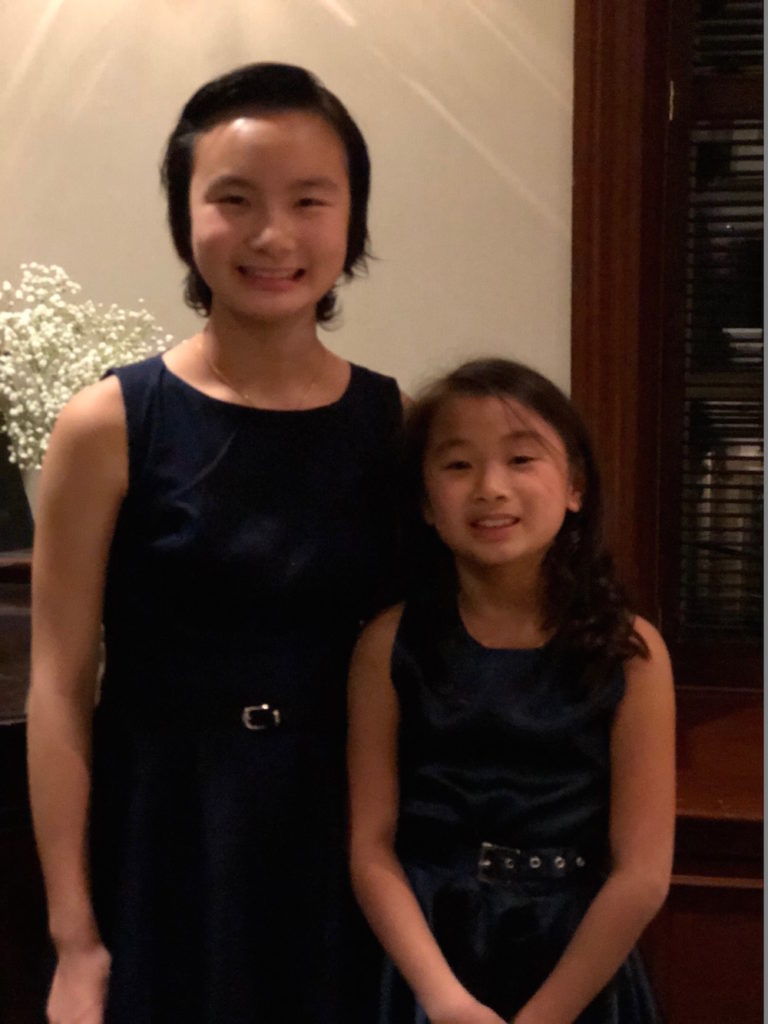 Further tests confirmed Amelia had Ewing sarcoma, a cancer that forms in bone or soft tissue. Seen most often in the mid-teen years, Ewing sarcoma can also impact younger children and adults. Amelia’s disease had already metastasized, but the Zais were comforted by two things: Younger patients like her (then 11 years old) generally do better in treatment than adults; and DuBois – who also serves as director of Experimental Therapeutics at Dana-Farber/Boston Children’s – had a clinical trial she could start on immediately. In this trial, patients received both frontline chemotherapy and a targeted therapy designed to inhibit the insulin-like growth factor receptor (also called IGF-1R) that has been implicated in the growth of cancer.

Starting her every-other-Monday routine in late September, Amelia was out of school for eight months. Amelia’s mother, Margaret, devised a plan with Amelia’s teacher; they set up a personalized curriculum for her, and tutoring was available whenever she needed it. Isabella, Amelia’s little sister, brought home Amelia’s homework every night, and she did it whenever she could.

The regimen was made more difficult by frequent hospital stays, less time with her friends, and an entire year when the family could not leave the Boston area. But by catching up in the spring, and going to summer school, Amelia advanced to seventh grade with her class.

“When I came back to school there was a huge “WELCOME BACK AMELIA” banner they had all signed on the front door; now it’s in my room,” says Amelia. “Cancer gives you a new perspective. I took a bad turn in life, and now I understand what’s going on when other people are struggling with their health and other challenges.”

Having finished treatment in October 2017, Amelia is now seeing DuBois for follow-up scans every three months. “Amelia has done very well in her treatment, but we need to keep a close eye on her,” DuBois says.

Amelia is also turning 13 in May, and had an age-appropriate reaction when one side-effect of treatment led to a surprise.

“I lost my straight hair from chemotherapy, and it came back curly,” says Amelia. “All my friends are excited.”

Learn more about treatment for Ewing sarcoma from the Bone and Soft Tissue Tumor Program at Dana-Farber/Boston Children’s Cancer and Blood Disorders Center.