The first year of a baby’s life is filled with milestones, but between sitting and standing up, holding his bottle, and playing peek-a-boo, there was one thing Landon Cato developed that his parents never anticipated: cancer.

Landon was just shy of eight months old in July 2016 when his parents took him to the pediatrician, a visit prompted by Landon’s refusal to eat. His doctor found what she suspected was a tumor, along with an enlarged liver and spleen. Tests and biopsies confirmed Landon had stage 4 neuroblastoma—a cancer that arises when abnormal nerve cells multiply and form into a tumor.

“We started inpatient chemotherapy just a few days later,” recalls Rebecca Rogers-Cato, Landon’s mom. “After that, our lives were never the same.” 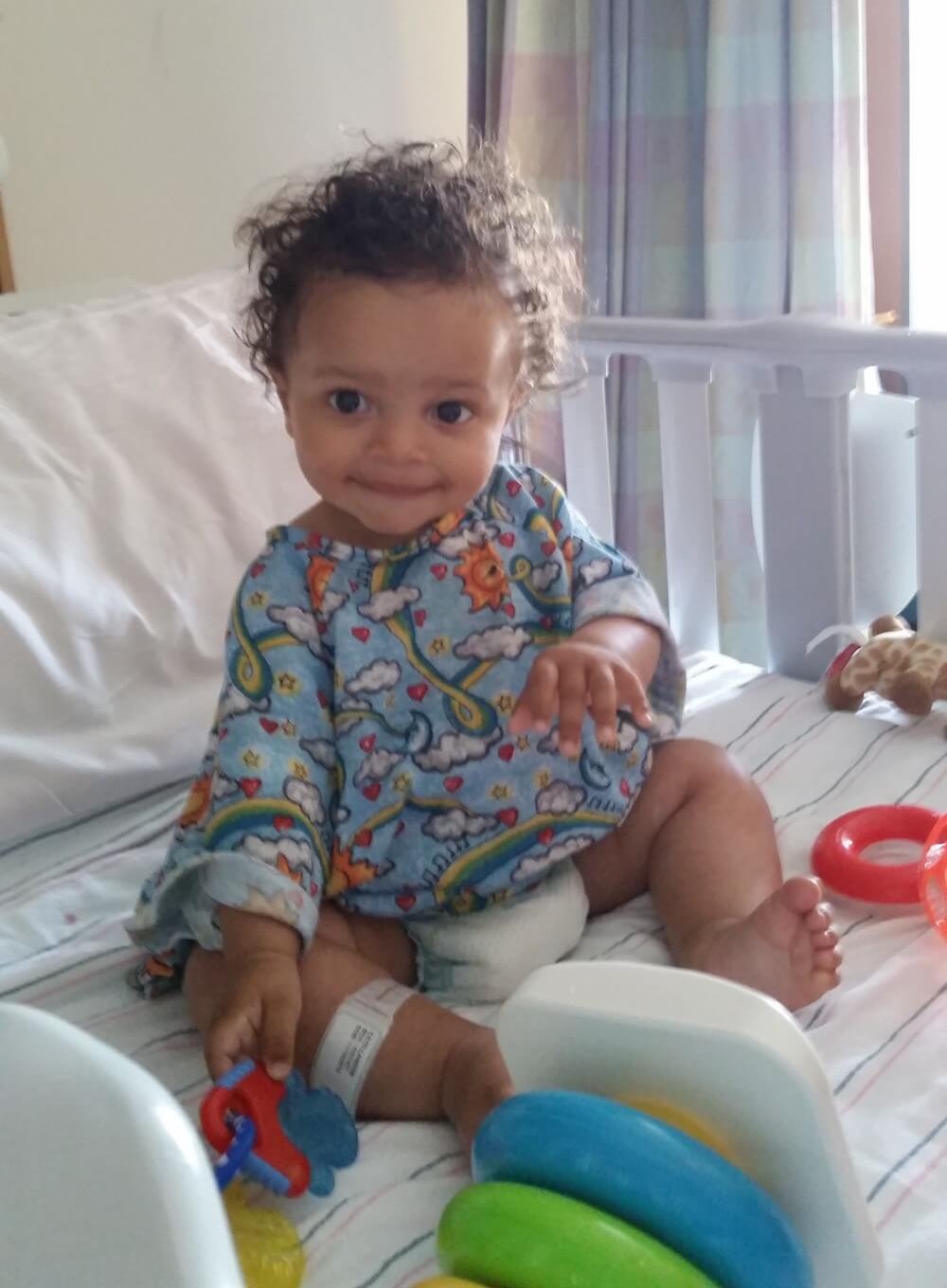 Rebecca and her husband, Rennie Cato, decided to have Landon treated at Dana-Farber/Boston Children’s Cancer and Blood Disorders Center. He went through eight rounds of chemotherapy, including one on his first birthday—but Landon was still able to achieve milestones. He wasn’t walking when he started ­­­active treatment, but by the time it ended that December, his dad says with a laugh, he was up and “getting into everything.”

Because Landon was too young to grasp the serious nature of his illness, his parents tried to make the journey a fun experience. They visited a statue of Wally the Green Monster—the Boston Red Sox mascot—on each trip to the Jimmy Fund Clinic for outpatient care. The family also attended the annual Jimmy Fund Clinic Summer Festival, a day of fun food, games, and rides for past and current clinic patients and families.

There were plenty of ups and downs through his treatment, but Landon was a resilient little boy.

“Sometimes, you’d look inside his crib and see all the hair he had lost piled up, and it would hit you hard,” says Rennie. “Sometimes we’d come back from chemo and he’d be bouncing off the wall like nothing had happened.”

Landon’s last round of chemotherapy was on December 15, 2016. Doctors declared him cancer-free, with a healing liver, one month later. As of September 2018, he is in full remission with a full head of curly hair.

“We used to think that Landon’s type of neuroblastoma needed very aggressive treatment including high dose chemotherapy and radiation,” says Shusterman. “Now that we have a better understanding of the tumor biology we are able to limit exposure to these agents and the potential late effects of treatment, without compromising the chance of cure.” 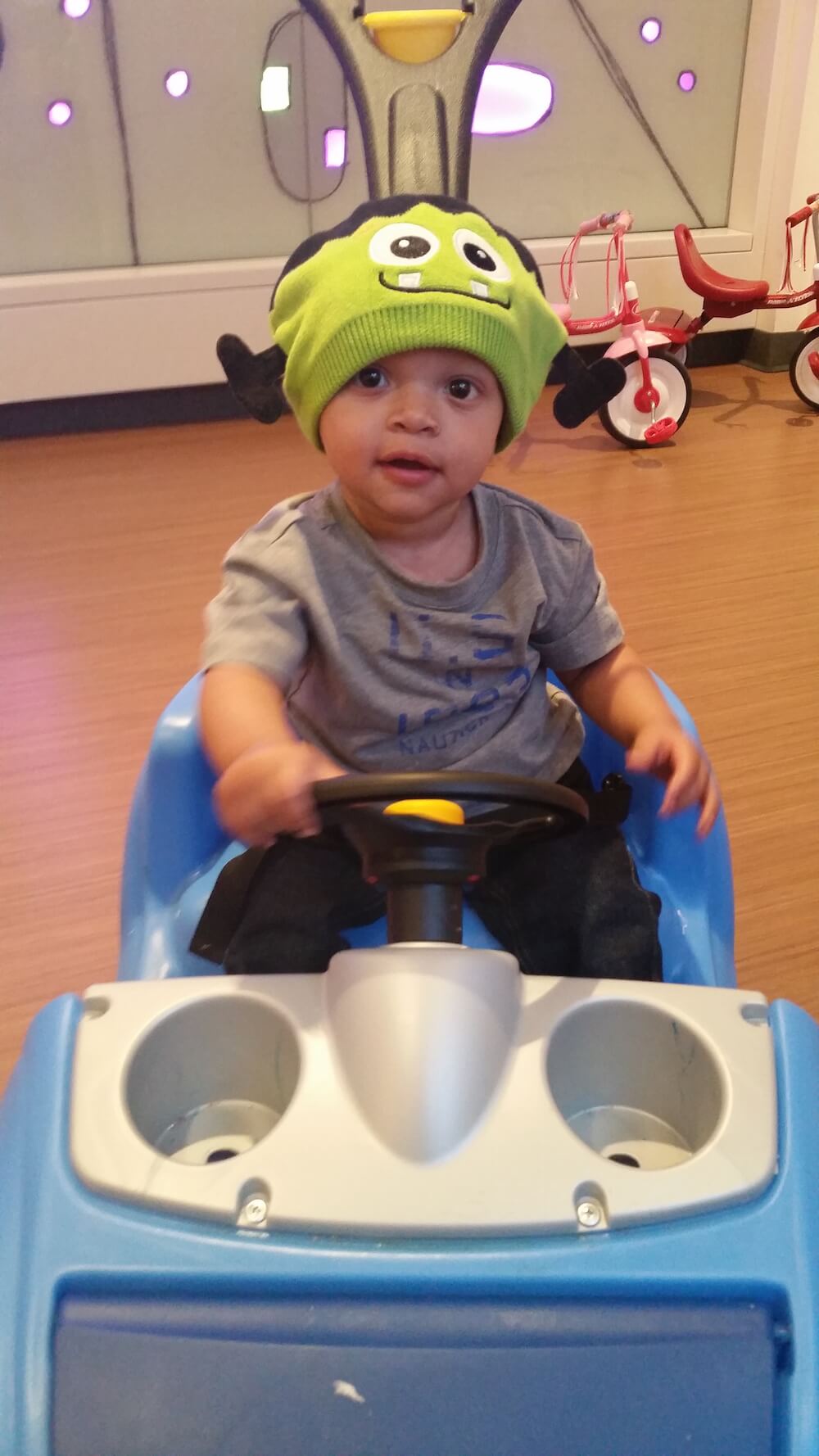 What The Catos Learned

The Cato family praises the team at Dana-Farber/Boston Children’s, and stress the importance of finding doctors, nurses, and other clinical providers you can trust.

“Every patient is different—you need to believe in your medical team and the treatment plan they lay out for you,” says Rennie.

Another vital resource for the Catos during Landon’s inpatient stay was other families on the oncology unit at Dana-Farber/Boston Children’s. They particularly bonded with a family a few rooms down the hall from Landon’s room, whose daughter was undergoing treatment for a different cancer.

“They gave us a lot of great insight into what life was like at the hospital, and what things were going to happen,” says Rennie.

Challenges may lie ahead, and Landon is still coming in for regular check-ups at the Jimmy Fund Clinic. But there is also much to be thankful for. When the family returned to the clinic’s summer festival this July, Landon got to ride in the front seat of a real police car, where he shouted hello over the loudspeaker to the loved ones watching him.

His mom, his dad, and his baby sister—born two months after Landon’s treatment ended.

6 thoughts on “Diagnosed as a Baby, Neuroblastoma Patient is Cancer-Free Toddler”