Studies in large populations have shown that people who have a near relative with a form of lymphoma or chronic lymphocytic leukemia (CLL) have an increased risk of developing these diseases themselves. Both lymphoma and CLL are relatively uncommon: the average person’s lifetime risk of developing CLL, for example, is 0.57%, according to the American Cancer Society. But for people with a first-degree relative (a parent, full sibling, or child) with CLL, the lifetime risk is approximately seven times higher, or about 4%.

Studies of patients’ family medical histories have reinforced these findings. In one study, Dana-Farber physician-researchers found that 10-20% of their patients with CLL or lymphoma had first- or second-degree relatives with these diseases. (Second-degree relatives include aunts, uncles, nephews, nieces, grandparents, and grandchildren.)

Tracking down the inherited genetic mutations responsible for these patterns has proved considerably more difficult than uncovering the patterns themselves.

Studies of families in which many members have lymphoma or CLL — where a susceptibility to the diseases seems to follow classic laws of inheritance — have presented a puzzle. Many such families have been found to harbor a mutation in a gene known to be involved in lymphoma, but when researchers have looked for the same mutational signatures in hundreds of other families, they’ve largely come up empty.

Genome-wide association studies (GWAS) — in which scientists survey the entire genome for abnormalities in people with specific diseases — haven’t been very helpful, either. Such studies have turned up 41 such abnormalities, but all of them are very common — meaning they’re often found in people who don’t have lymphoma — and they raise the risk of lymphoma by only a small amount. As a result, they can’t really be used to gauge an individual’s risk of developing the disease.

At Dana-Farber, Jennifer Brown, MD, PhD, director of the Institute’s Center for CLL, and her colleagues have been analyzing patients’ normal cells with next-generation sequencing, which reads selected sections of cell DNA letter by letter, to find rare alterations that are more common than those uncovered in families with extensive lymphoma, but have a greater impact on the disease than those identified in GWAS studies.

Using this technique, the researchers found that some alterations in the ATM gene are associated with an increased risk of CLL. Brown is currently leading a study to zero in genes that increase CLL risk in families with a history of the disease. To participate, individuals must have at least two first-degree relatives who have CLL, lymphoma, or a lymphoproliferative disorder. For more information, contact Dana-Farber study coordinator Rayan Fardoun. 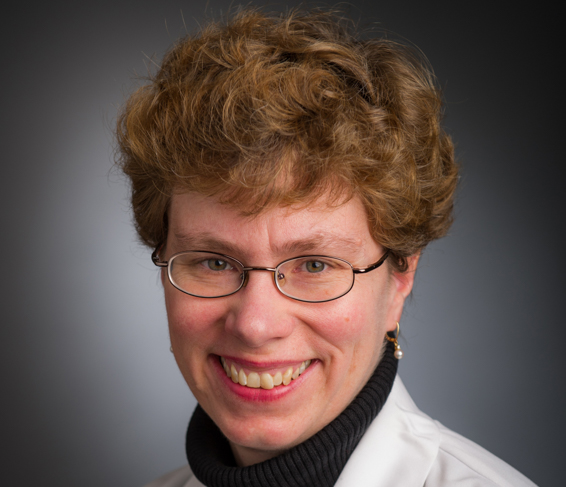 Jennifer R. Brown, MD, PhD is the Director of the CLL Center of the Division of Hematologic Malignancies at Dana-Farber Cancer Institute and a Professor of Medicine at Harvard Medical School in Boston, Massachusetts.   Dr. Brown completed a B.S. and M.S. simultaneously in molecular biophysics and biochemistry (MB&B) at Yale, graduating summa cum laude with distinction in MB&B.  She proceeded to Harvard Medical School where she received her MD and PhD in molecular genetics in 1998 and was awarded the James Tolbert Shipley Prize for research accomplishment in the graduating class.  She then served as an intern and resident in Internal Medicine at Massachusetts General Hospital followed by fellowship in Hematology and Medical Oncology at the Dana-Farber Cancer Institute. Dr. Brown joined the faculty of DFCI and Harvard Medical School in 2004, where she has an active clinical-translational research program in CLL.

Her particular interests include the development of novel targeted therapeutics for CLL, as well as the genomics of CLL.  She has been instrumental in the clinical development of both idelalisib and ibrutinib, leading to their regulatory approvals in CLL.  In the area of genomics she has been instrumental in the description of the somatic mutation profile of CLL, and is now particularly interested in the implementation of genomic technology in the clinic, including for prognosis and targeted therapy.  She also has a longstanding research interest and focus on the inherited predisposition to CLL.  To date she has published over 150 papers in the scientific literature, predominantly in CLL.  She is an active member of the CLL Research Consortium and serves on the Alliance Leukemia and Leukemia Correlative Science Committees as well as the NIH Cancer Biomarkers Study Section.  In 2014 she was the recipient of two awards from Dana-Farber Cancer Institute, the Clinical Innovation Award, as well as the George Canellos Award for Excellence in Clinical Investigation and Patient Care.  She enjoys a worldwide reputation as a CLL expert and is in much demand as an international speaker.

1 thought on “What is the Role of Genetics in Lymphoma and Chronic Lymphocytic Leukemia?”